That can be good or bad for you!

Borderlands is a fascinating series. It does so much right, and it revels in excess: often to its detriment. But with Tiny Tina’s Wonderlands, it tells you what it is upfront: an over-the-top zany role-playing parody that could go anywhere, untethered to continuity. And that’s what drew me to it in the first place. Here’s a Tiny Tina’s Wonderlands hands-on preview based on our brief slice of it!

After accepting 10,000 EULA/privacy policy notices from 2K/Gearbox/SHIFT, I was on my way. The demo consisted of playable versions of two classes: the Graveborn (which uses health as a resource for magic), and the Stabbomancer (a crit-based assassin that can use stealth). It also granted access to several main plot quests in Mount Craw, a few sidequests, and some “points of interest.” Co-op, the character creator, the overworld, and fast travel were not active in this build, for reference. The overworld in particular would have been great to see and test out, but alas!

My first foray into the demo was with the Graveborn. While the build didn’t allow a lot of customization, you can see what the team was going for immediately. It follows a risk-reward principle, where you’re constantly giving up your health in exchange for power, or banking health back at the slow-drip cost of losing it over time. I can see it being really fun with the right leech build, and customizable melee weapons and spells open up that freedom a bit more than previous games. The lich companion that just floats near you is a nice touch, too. 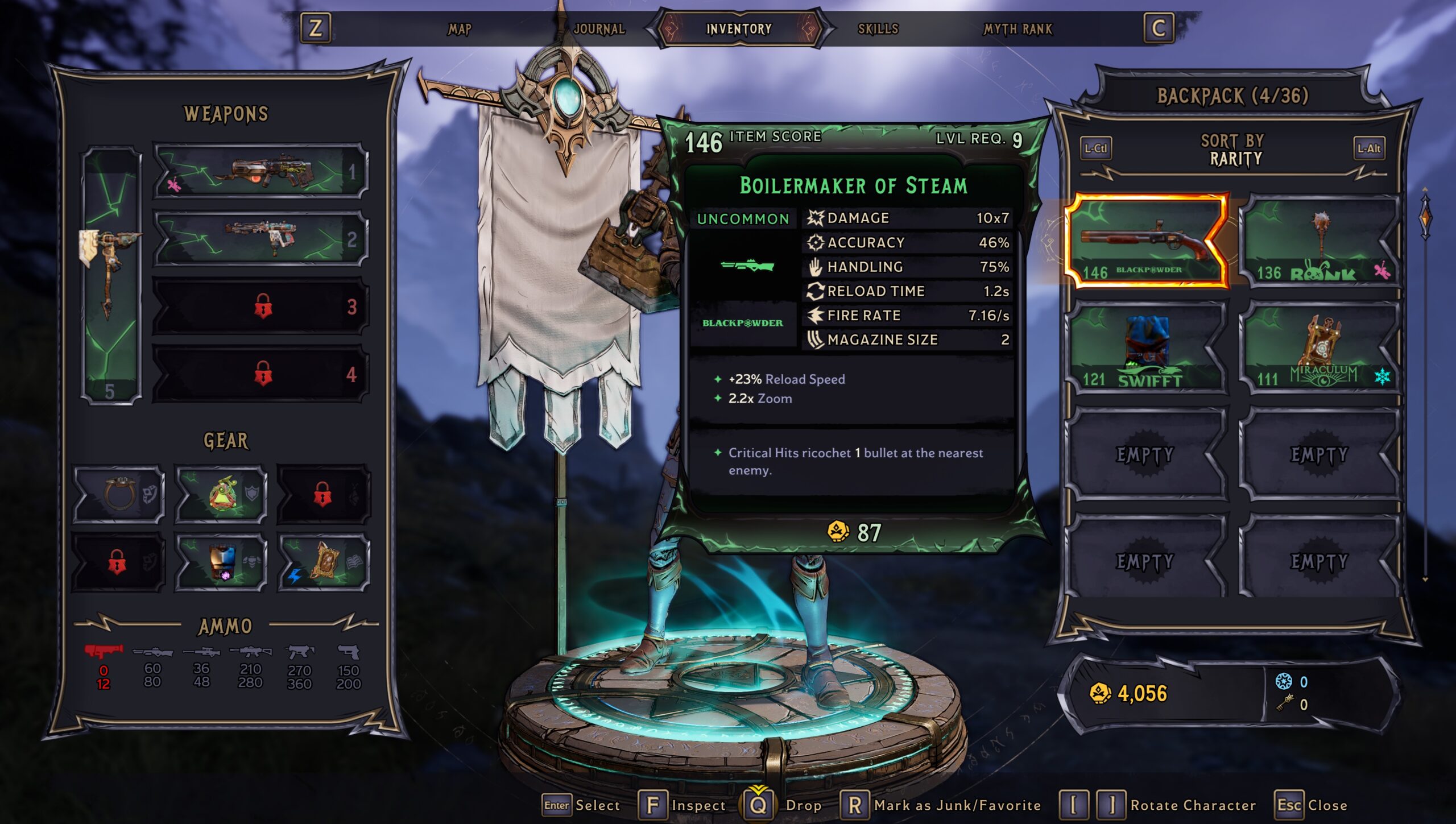 The Stabbomancer was more my style. Talenting into raw movement speed increases is immediately appealing, as is the choice between teching into a whirling melee weapon or a straight stealth active. Despite the penchant for rouges to cater to more veteran playstyles, a lot of the early Stabbomancer skills are passives, making it a good choice for people who just want to get into the action without relying on menus. There is build potential though, if you want to delve into status effects, or see-saw between melee and ranged attacks (with appropriate buffs for juggling them).

Moving around quickly was a huge rush, as was the realization that you can tech into doing more damage while moving, creating a highly active form of play that will be fun solo or in a group. I really wish I had access to all six classes for comparison, but in any case, both playable classes seem on the level, and a decent barometer for what to expect.

Visually, I dig the idea of Wonderlands going more out-there, and it may have been my favorite portion of the demo. Borderlands has a tendency to rely on the same few biomes over and over (especially falling back on indoor futuristic connector zone variations of the same motif), so starting off in a fantasy land filled with goblins…like genuine green goblins…was a niche touch. The stained glass vending machines are a lovely pivot to differentiate familiar elements that weren’t drastically altered from the core Borderlands blueprint. The familiarity might turn people off, seeing it as a clone of sorts, but if it ain’t broke.

As far as the gimmick of Tina herself narrating the entire game: I can see it working on at least the first playthrough. There are enough jokes thrown in there to keep things moving along, and the meta-narrative of Tina DMing an out-of-world dungeons and dragons campaign is funny enough. Ashly Burch is also super up to the task, perhaps even more so than Andy Samberg and Wanda Sykes: who threw out a few canned lines during the demo, with less gusto than their colleague.

Our Tiny Tina’s Wonderlands hands-on demo was limited, especially in terms of scope (I expect the main game to go bigger), but based on my time with it, it should sate the legions of Borderlands fans. I’m looking forward to seeing if it lives up to the potential that the original Tiny Tina DLC showed us so many years ago. We’re only a little under a month from release now.

Rennala, the Queen of full Moon