Keep on rolling on

The three-on-three roller-skating game has been pushed back a few times since its first reveal in 2019. It was expected in early 2021 at some point, but has popped on and off the radar since then. Now, it looks like Roller Champions has another delay, now pushing it out to late spring.

In an update on the Roller Champions Discord that’s been spreading around (via Tom Henderson), the team says it needs “a bit more time” to deliver.

“We are hard at work for the wait to be worth your confidence in Roller Champions as the game is getting closer to launch every day,” the statement reads. “We know that many of you have been following the development of the game for a while now and to showcase our appreciation of your continued support, we wanted to make sure you get this news first: Roller Champions will be releasing this late spring.”

According to the statement, Roller Champions is in the final stage of production. 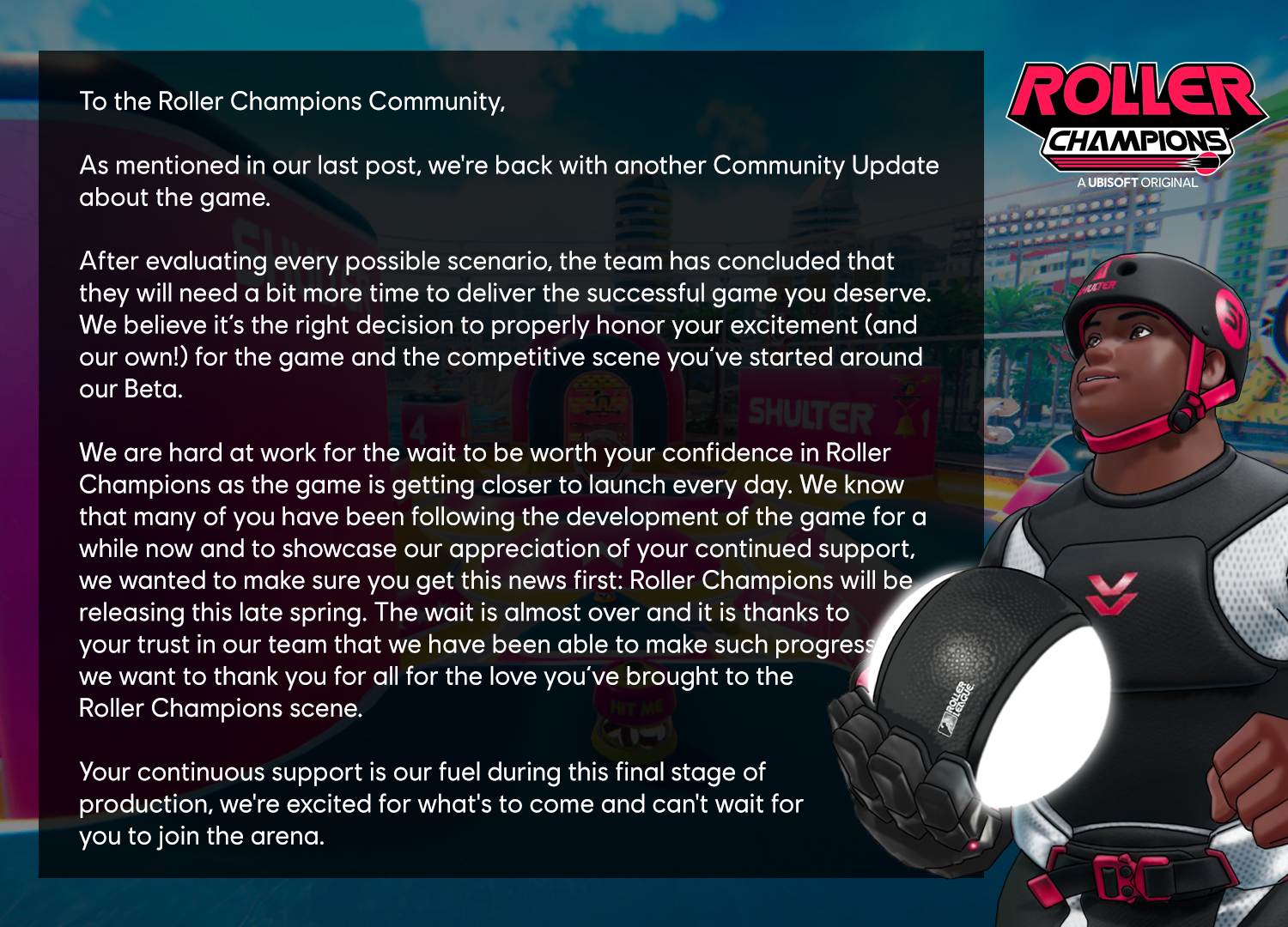 Our earliest impressions of Roller Champions were not very strong. It’s certainly a novel concept, but it sounds like, at least in 2019, it wasn’t quite coming together. The high-octane sports game has been in development for a while now though, and while a sign of life is probably appreciated by those holding out for its launch, it’s also been a while.

Launching Roller Champions will at least get one more game off the docket for Ubisoft, which has other titles like Skull & Bones and Beyond Good & Evil 2 still drifting. We’ll see whether Roller Champions finally gets a full launch later this year.