Coming from someone who played through the majority of the main story quest (MSQ) solo, the Final Fantasy XIV solo experience is pretty great compared to most MMOs. But it could always get better, which is something Naoki “Yoshi P” Yoshida and his team are working on for the future.

As part of laying out their plans for the “next 10 years of the game,” a portion of that blueprint involved making it more solo friendly. The core secret weapon involves enhancing the Trust System: an AI party mechanic introduced in recent years for select content. Yoshida wants to expand that for the entire game, so you can play through the MSQ entirely with story-based and narrative-relevant AI team members. In other words, like a core Final Fantasy game.

Eventually, throughout “patch 6.1 through 6.5” (anytime in that timeframe) the team will gradually add trust compatibility to “all main dungeons and four player trials” (read: trials are like boss fights). Patch 6.1 will “make A Realm Reborn (2.0) scenario duties trust compatible.” That’s already a huge move, as party-shy players will be able to finish the entire base game (before expansions) without having to wait in queues or deal with other people if they don’t want to. 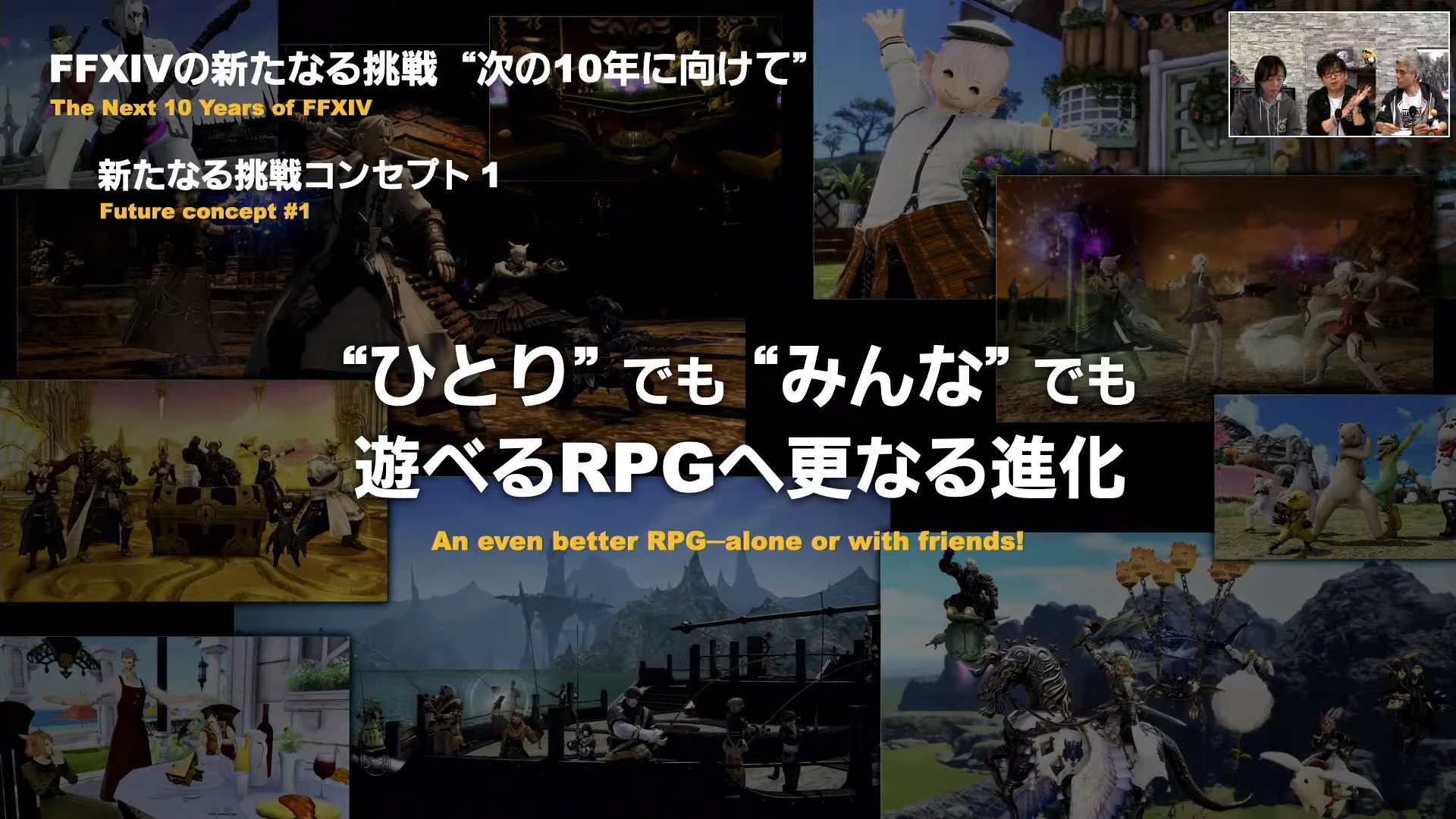 It sounds silly, not playing with people in an MMO, but Final Fantasy XIV prides itself on being accessible in that arena, so enhancements are only natural. The impetus for all this is because Yoshida is tired of hearing (paraphrased) “I’ve played every Final Fantasy game except for the MMOs.” He and his team want to change that through the above enhancements.

I know what you’re thinking: “well, the game is still subscription based, so…that’s a hurdle…” and I 100% agree. No matter how many additions/quality of life upgrades Final Fantasy XIV adds, people are still going to be turned off by the online requirement and the subscription fee. I don’t think that’s going to change anytime soon, but after the lifetime of the game (whenever that is, in 10+ years), I hope they rework it, Dragon Quest style, to function offline. With the ability to group up fully in story quests with AI, that should be possible!

In other news, Final Fantasy XIV will be getting a visual overhaul in future years, and patch 6.1 (the next big content drop) is currently aiming for an April 2022 release. Going forward, the patch cadence will be roughly every four months instead of “three and a half months,” to help the team breathe a bit, and because of the sheer amount of job balance requirements and content that has accrued and compounded over time with each patch.

Disassemble Stones Use Powder Of Mystery