It feels like it makes sense that Cuphead would get a cartoon. After all, its style is directly lifted from the Golden Age of Animation. Cartoons that existed before the television sucked them all into Saturday mornings when they played in theatres before the actual feature. Or, more specifically, the VHS transfers of those cartoons, which is something I got to experience as a child. 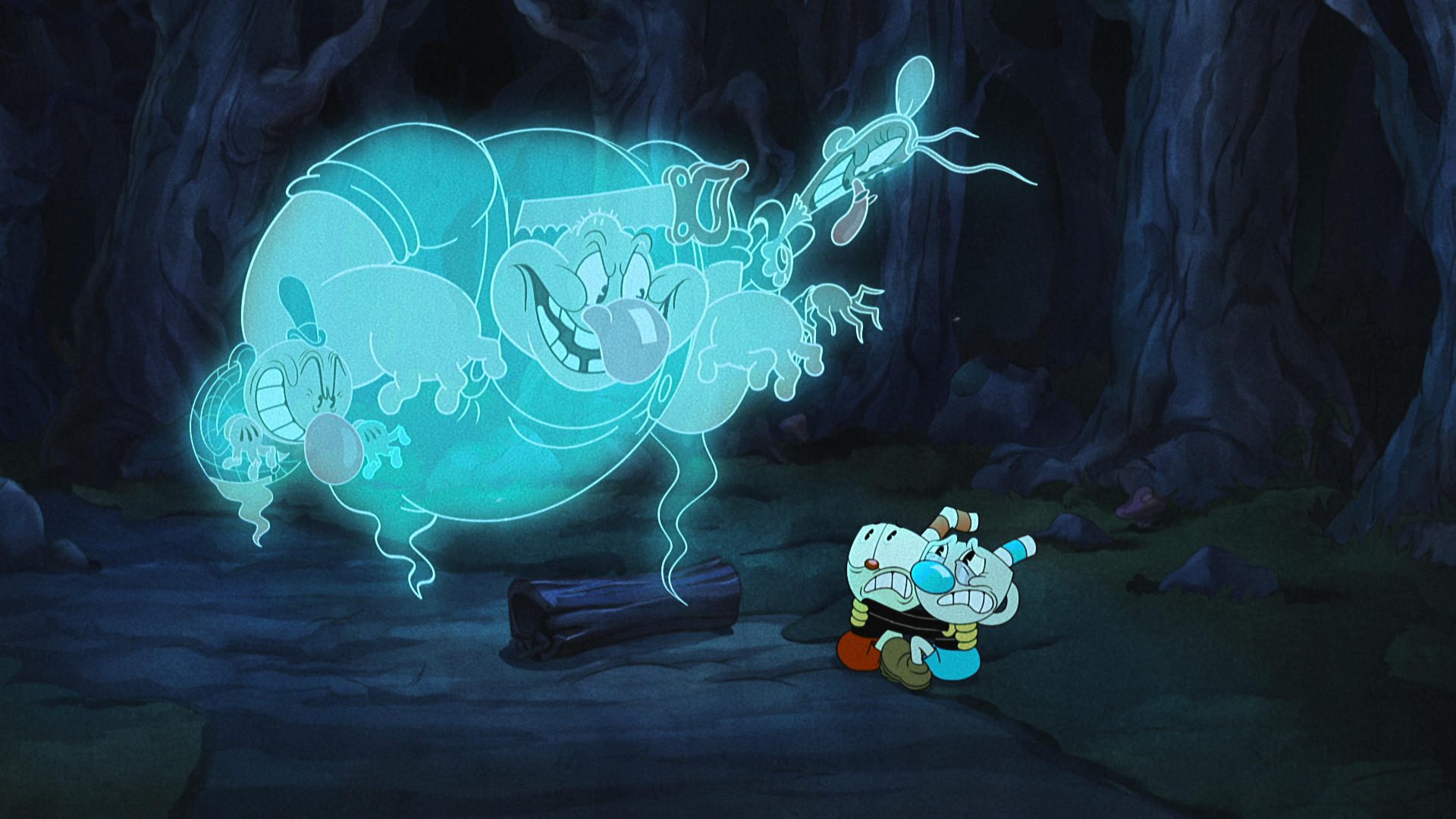 The Cuphead Show is Netflix’s latest transfer of a game to their streaming service. Castlevania turned out great, and it was based on an NES game that told its story through a text crawl. The Cuphead game had more narrative than Castlevania III: Dracula’s Curse, showing Cuphead and his brother Mugman losing a bet with the devil. In order to retain their souls, they have to collect bounties on other souls throughout the Inkwell Islands.

That’s mostly dropped in the show. Cuphead does owe his soul to the Devil after flubbing a game of skeeball – a plot device that crops up in the occasional episodes – but rather than work off his debt, Cuphead does… very little at all. It’s a situational comedy. One week Cuphead and Mugman are babysitting and another they’re taking care of Elder Kettle’s garden. Both of those play out in predictable ways, which is the word I’d wrap the whole show in: “predictable.”

The bosses from the games get tied into The Cuphead Show, albeit their roles are changed completely to the point where they just seem like token inclusions. There’s the occasional song, and while they aren’t annoying, they aren’t particularly memorable either.

Could you have had a show based entirely around fighting bosses? Yes. A lot of Golden Age animation was exactly that. The first few years of Popeye cartoons was Bluto and Popeye competing over everything and inevitably beating the tar out of each other.

No, instead, Cuphead and Mugman get into situations that we’ve seen before. There’s very little linking it to the love of old cartoons that the game thrived on. The animation is more akin to Ren & Stimpy or Spongebob Squarepants. It doesn’t seem to even reach for the visual language spoken in the old cinema days of cartoons. It will make references to it, sure, but usually these references are things like having the flowers dance or having the devil pull his face in frustration.

Normally the humor leans closer to modern cartoons. While I don’t necessarily expect The Cuphead Show to throw a muffled filter over its sound and remove frames to make it look like an antique reel, what they chose to do instead just leaves it without its own personality. What does The Cuphead Show offer? Stop motion backgrounds, I guess, which it uses sparingly. 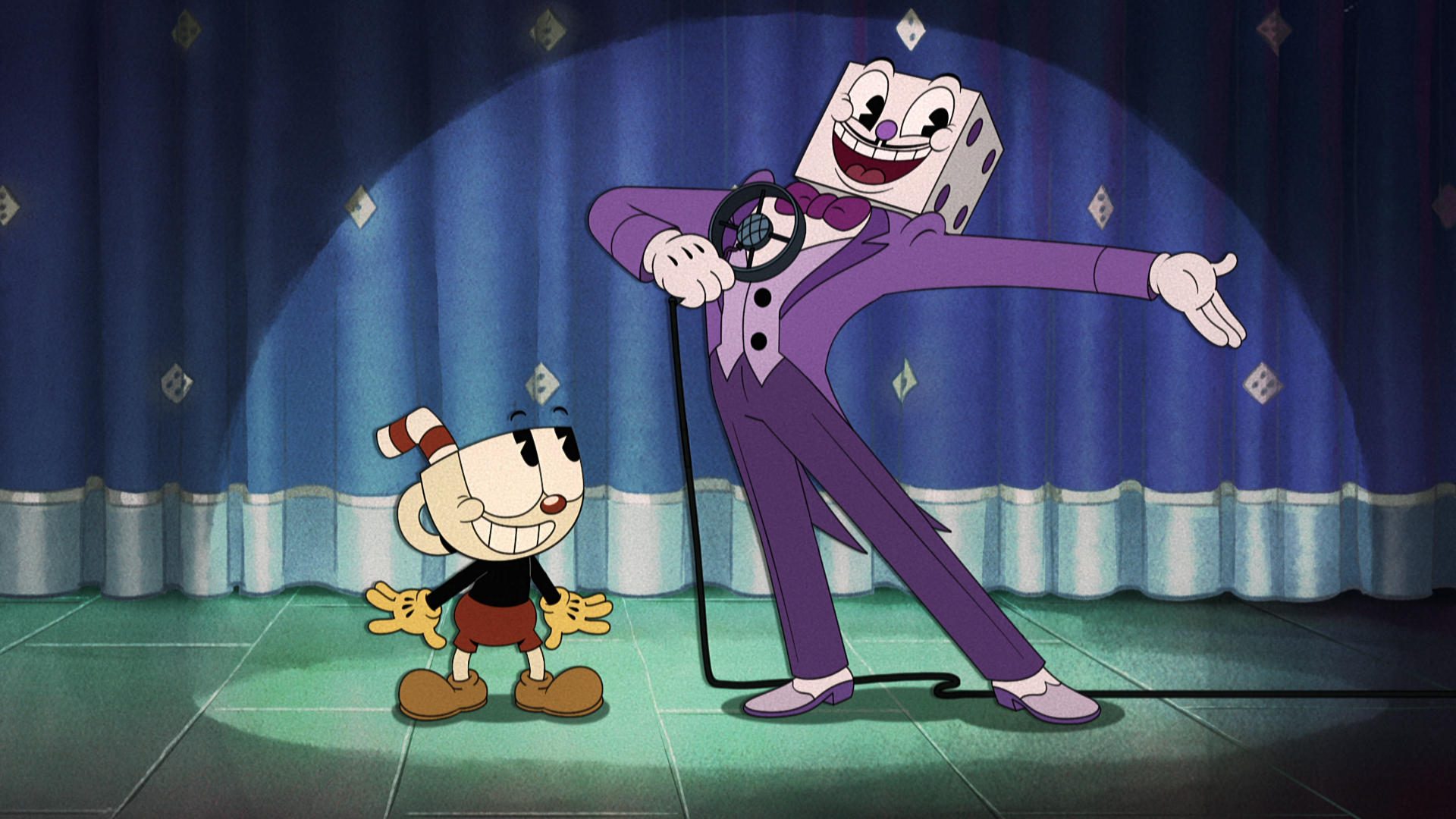 Part of the problem might be that it’s rated TV-Y7, which is a bit baffling to me. Golden Age cartoons were often quite violent by today’s standards, and I’m not sure many children play Cuphead. Maybe I’m wrong. Maybe they have statistics that say children love it. I figured they were just playing, like, Roblox and Minecraft these days.

However, the result is that the jokes in The Cuphead Show aren’t very clever. I’m not sure I cracked a smile at any, but then, I am a humorless curmudgeon. The jokes are, to return to that old word, predictable. Maybe that’s because with The Cuphead Show being rated for children, throwing in a reference to old cartoons will be fresh for them. 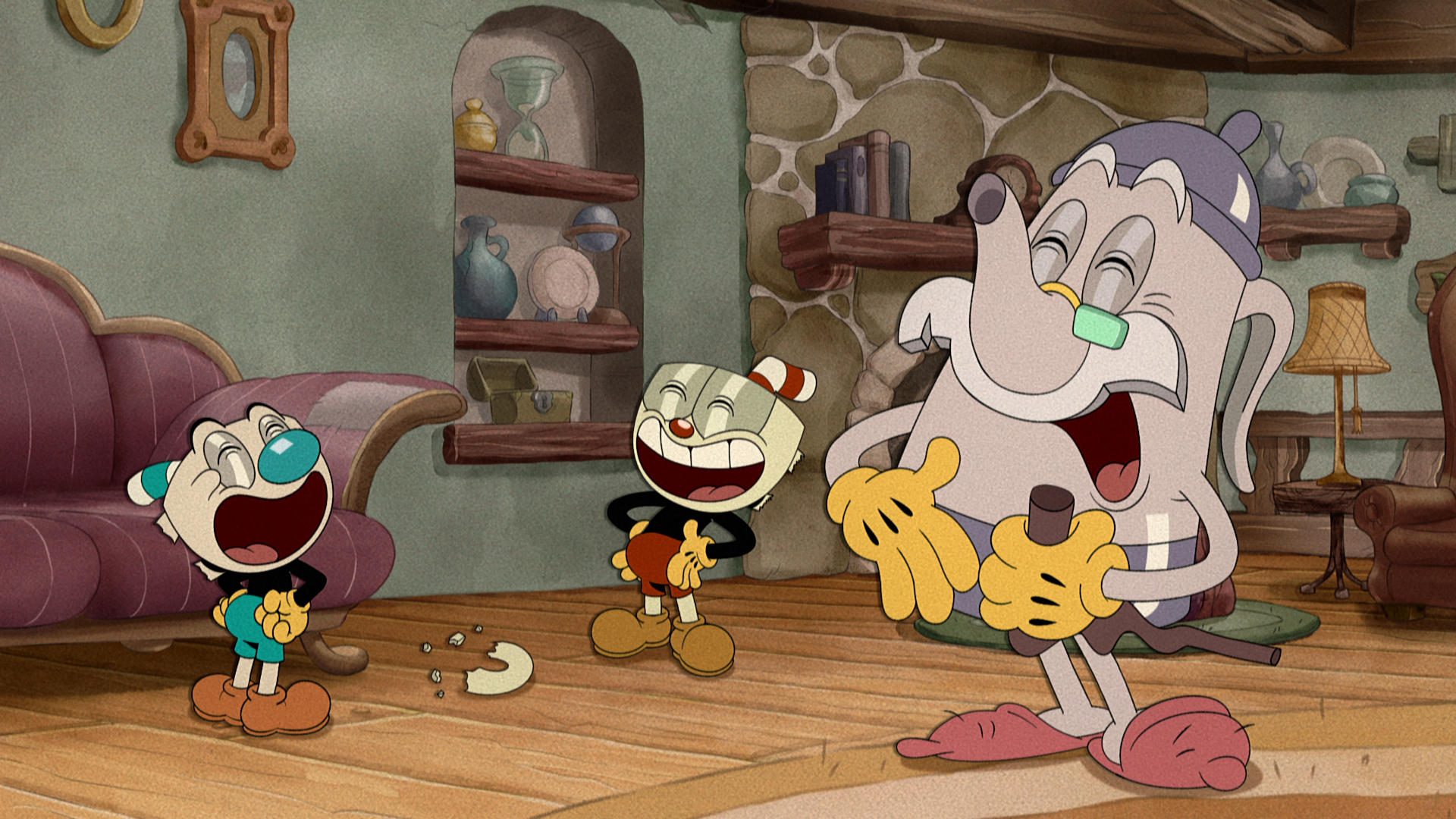 The Cuphead Show is just a missed opportunity. While the game is a tribute to the Golden Age of Animation, the show doesn’t have much of a personality of its own. It’s not even caught between modern cartoons and pre-television ones, rather it only makes a token effort to reference what made the game special, and the rest is just packing peanuts.

I just don’t see any ambition here aside from “make Cuphead into a cartoon.” Even then, there seems to have been barely any interest in taking anything that made that game special and transferring it into the cartoon. I’m not sure where The Cuphead Show fits. I can’t see any value here. It’s a cup half-full situation here, except the cup is filled with dishwater. At least we got something, but I still don’t want to drink it. You can have a taste if you want, as it premieres on Netflix on February 18, 2022.