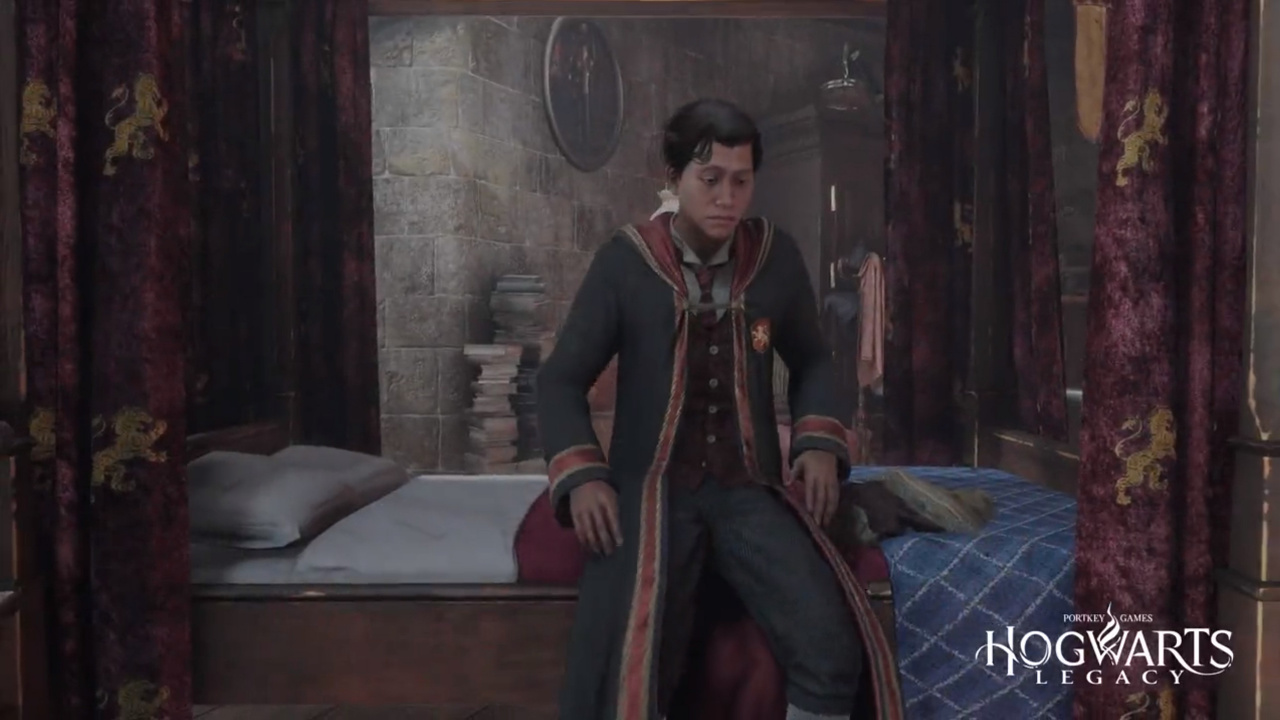 It’s a big week, readers – a big week! If there’s one game at Push Square Towers that has us utterly spellbound, it’s the upcoming Hogwarts Legacy. And after waiting well over a year for fresh gameplay footage following a spate of delays, here we have it: ten seconds of Gryffindor’s common room, as a character gets out of bed.

Two more days! We can’t wait to finally show you the magic we’ve been creating in @HogwartsLegacy.

Obviously, this is just a taste of what we’ll see during Sony’s huge State of Play broadcast later this week, but we’re hyped beyond belief. The room looks fantastic, with large stone bricks decorated with crimson red curtains. Presumably, as per open world cliché, this is where you’ll come to rest at the end of a long day – and, very likely, save your game.

All will be revealed later this week, on Thursday, 17th March, when the latest State of Play airs. You can find out what time to tune in courtesy of our helpful guide through the link, but do let us know if you’ll be joining us in the comments section below.