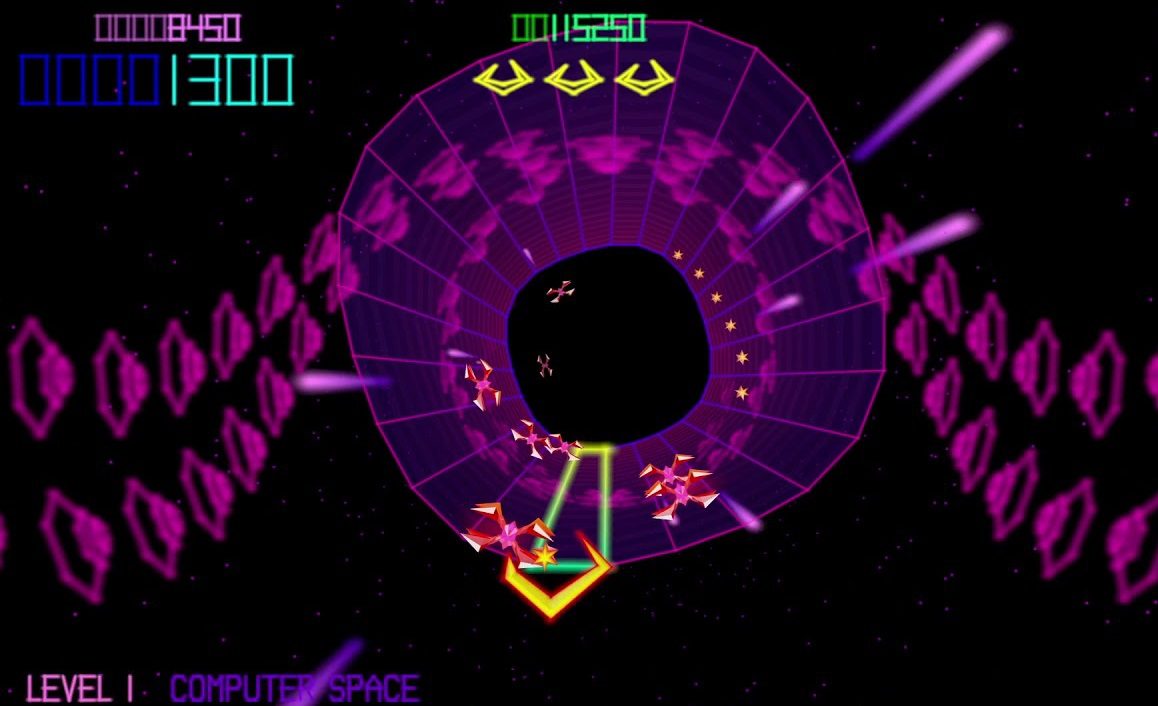 One of the finest arcade shooters of all time, Atari’s Tempest, will be getting another lease of life next month, when the hyper-kinetic Tempest 4000 comes blasting its way onto Nintendo Switch. Llamasoft’s compelling sequel will be made available to download from the Nintendo eShop from March 22.

Tempest 4000 is the newest iteration of the legendary shmup series, first devised by Dave Theurer back in 1981. Much like Llamasoft’s legendary 1994 release Tempest 2000, Tempest 4000 retains the series’ iconic “into-the-screen” gameplay, while sprucing up the audio/visuals with a psychedelic palette of colors and a bass-boosting dance soundtrack. The trailer above — which asks you to “Feed Your Head to the Web” and “Eat Electric Death” — showcases the flashy new iteration in all of its day-glo glory.

For the uninitiated, Tempest sees the player control a somewhat creepy claw-like vessel around a series of strange geometric battlezones, tasked with blasters a variety of enemies as they snake their way up the infrastructure. From a design standpoint, Tempest was light years ahead of its time back in 1981, and has frantic, fast-based, precise gameplay that is as appealing today as it was over 40 years ago. If you’re yet to check out Tempest 4000, maybe give this port a look when it arrives, March 22, on Nintendo Switch and the Atari VCS… Yes, that came out.