Rising is a slow but pleasant town-building action-RPG

Rising takes its time, but forms a nice loop

Eiyuden Chronicle, the spiritual successor to the Suikoden series developed by Rabbit & Bear, is still a ways off. But like Bloodstained and other Kickstarter games have had their own attached prequels, there is Eiyuden Chronicle: Rising. It’s set before the events of the game proper, takes a different approach in gameplay, and lays the groundwork.

It’s also fun, though it takes a little while to get going. I got a chance to play a chunk of Eiyuden Chronicle: Rising‘s opening hours, and it didn’t take long for the action to start — I was fighting bandits within the first few minutes. This prequel game from Rabbit & Bear, NatsumeAtari, and 505 Games has some charm to it, as well as some familiar and fun fights. It just takes a while for that action to evolve into something a bit more intriguing. 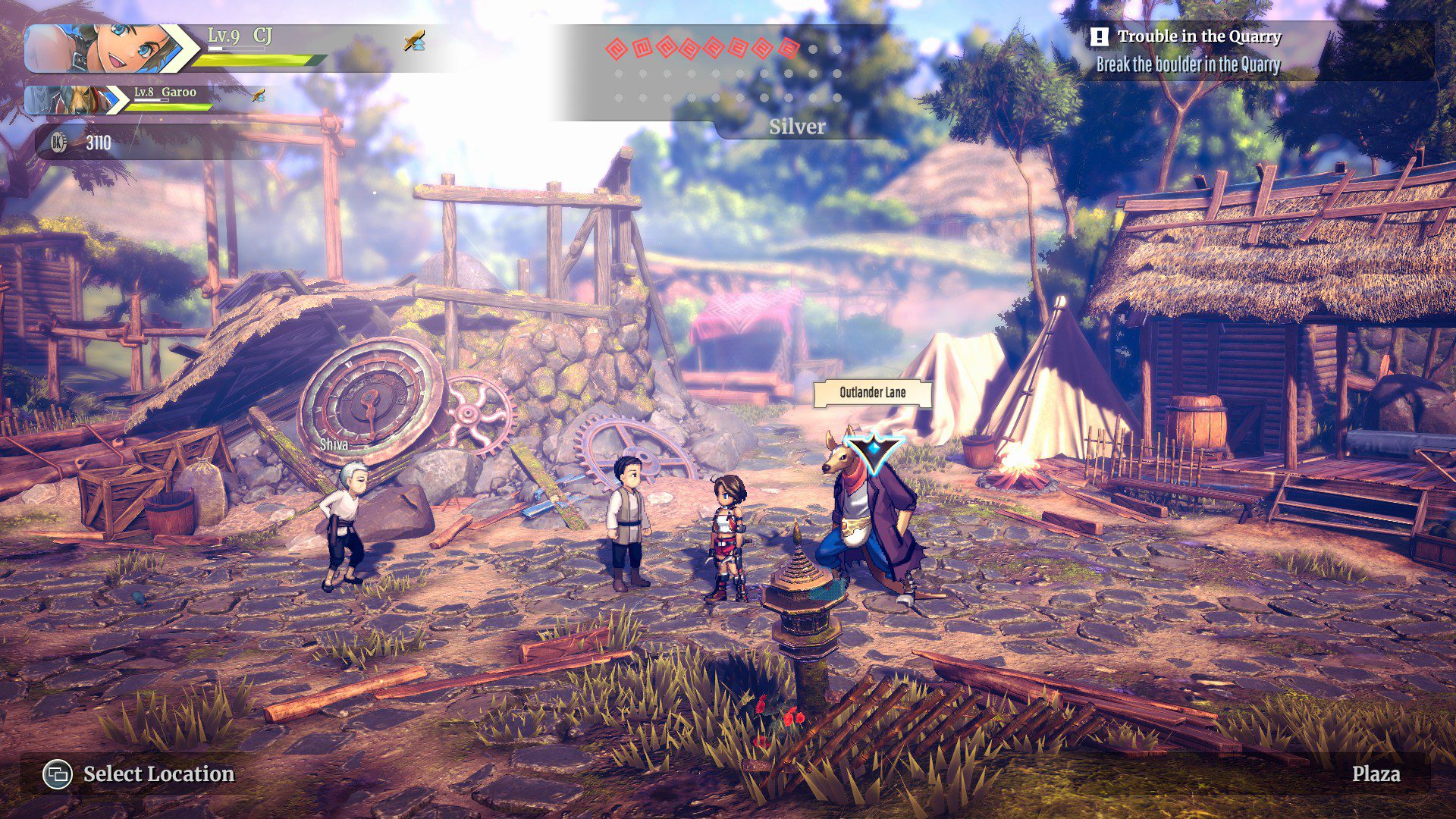 Rising follows CJ, an aspiring treasure hunter searching for a massive lens as part of her village’s rites for adulthood. Her journey leads to New Nevaeh, a town that’s fallen on both hard and prosperous times after some calamities opened up a nearby quarry. Adventurers like CJ have been flocking in, and to earn her keep, she needs to perform tasks for villagers, helping rebuild homes and make way for eager seekers like herself.

I admittedly love building up a town in RPGs, so this aspect was right up my alley. The first few forays I made into the forest saw me bringing back new resources and sharing them with villagers. First, I was simply helping to locate lost cats and mend roofs; not long after, I was establishing a tavern and an inn.

Seeing all of the buildings spring up over time as the tiny village grows into a prospering town is really fun. It makes a lot of the resources picked up while adventuring feel a bit more meaningful. I was already filling in plots and gaps in the background with my mind’s eye. 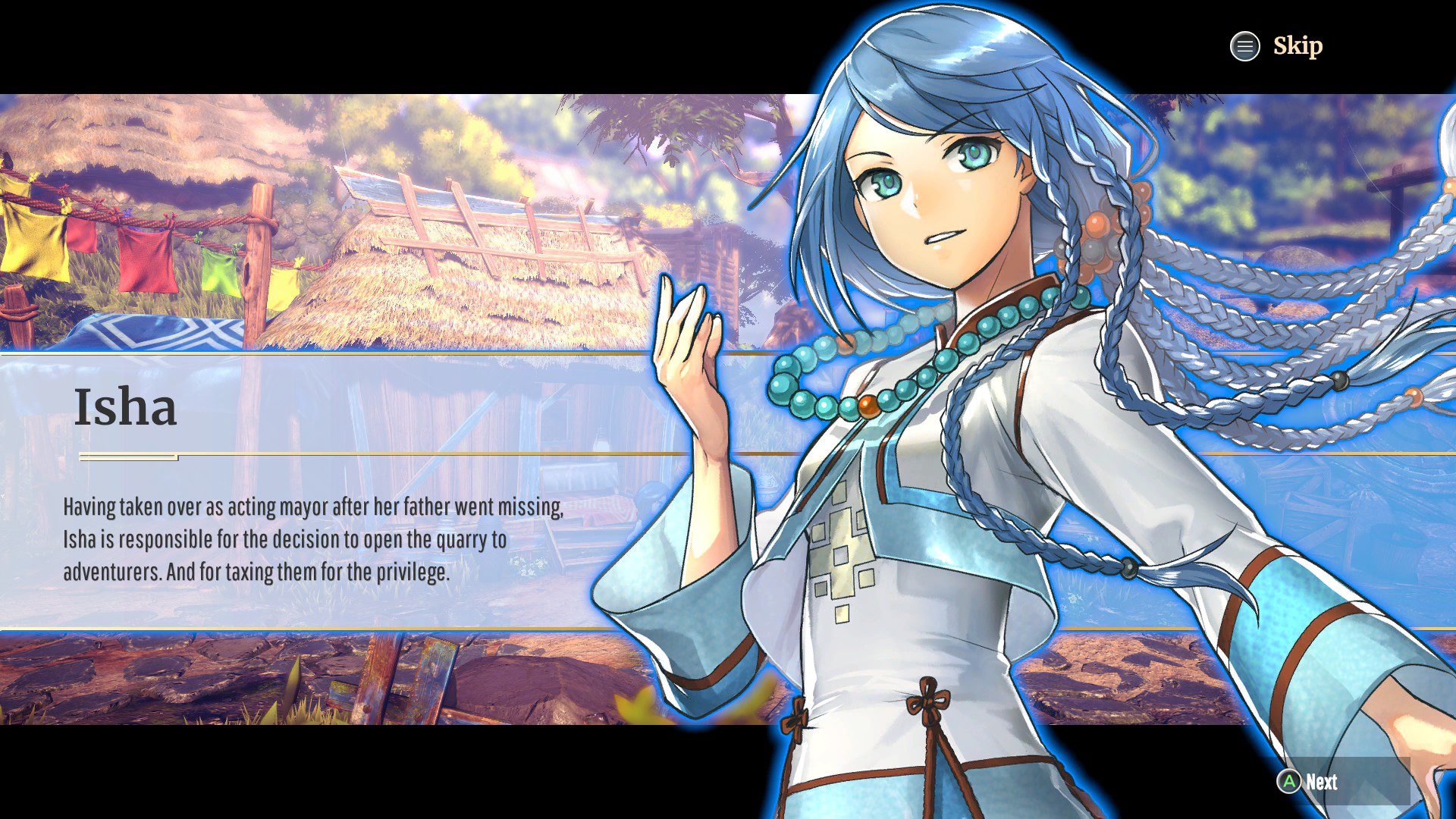 The townsfolk are enjoyable, too. Isha, the acting mayor, is one of the highlights of New Neveah. After taking over the town in her father’s absence, she becomes a dutiful leader, instituting taxes and oversight in the process. A sequence where she’s running CJ through the finer details of some lengthy adventurer’s paperwork had me laughing a good deal.

Once I went out into the fields, it was a standard side-scrolling action affair. Enemies stand in the way, throwing out some basic attacks. Sometimes they fly. There’s a jump button, a slash button, and a simple dash. The first hour or so, I was doing mostly just that: jumping, slashing, and moving to the right. All the way up through the first major boss, it’s a pretty straightforward action-platformer without much challenge or diversity in what it threw at me.

As I was starting to get a little concerned, though, Eiyuden Chronicle: Rising introduces what feels like a core piece of combat: the party system. Garoo, an imposing kangaroo warrior wielding a massive blade, joins up with CJ. Here, the combat system shifts: each face button, as I could tell, corresponds to a party member. Calling on Garoo would see him phase-in for an attack, which was much slower but more damaging than CJ’s strikes with her pickaxe. 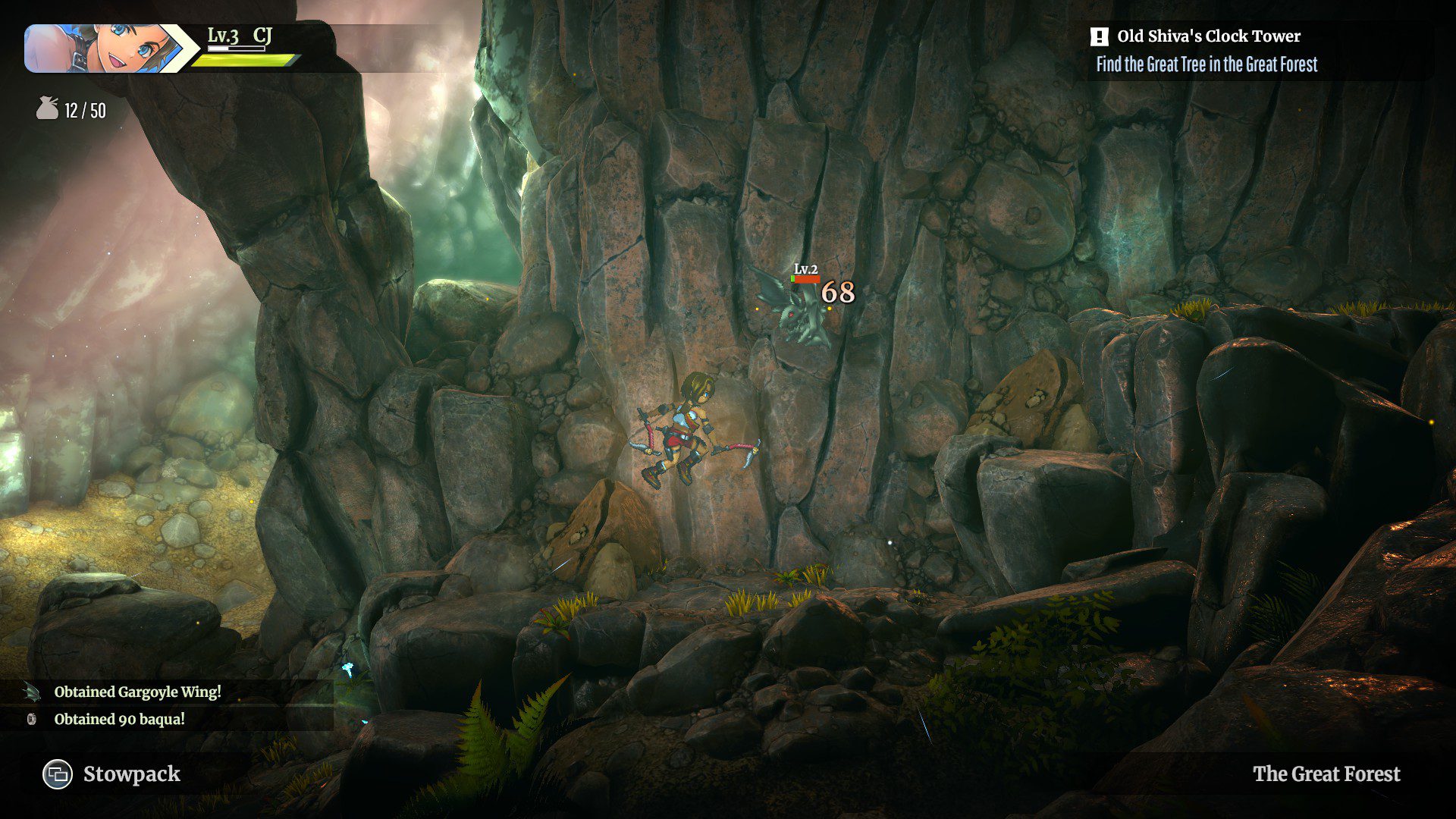 It made me sit back up a little and start to engage with the combat a bit more, which also ticked up a notch as enemies started using different attacks too. It’s still pretty straightforward, but now I was able to link attacks between CJ and Garoo, creating combos and doing way more damage. It felt really good to hit the enemy with a double-smack from CJ, then follow it up with a big swing from Garoo that the enemy might have dodged otherwise.

As more shops opened, more ways to bolster my abilities did too. I found combo extensions, added Garoo’s unique ability to block attacks into the mix, and even got a little double-jump. Enemies posed new threats. They weren’t just jellies meekly chomping in my direction, now they were spitting rocks and hurling projectiles. Previously predictable ogres now wielded shields, so I had to adapt and get mobile as CJ to set up Garoo’s big sword swings. 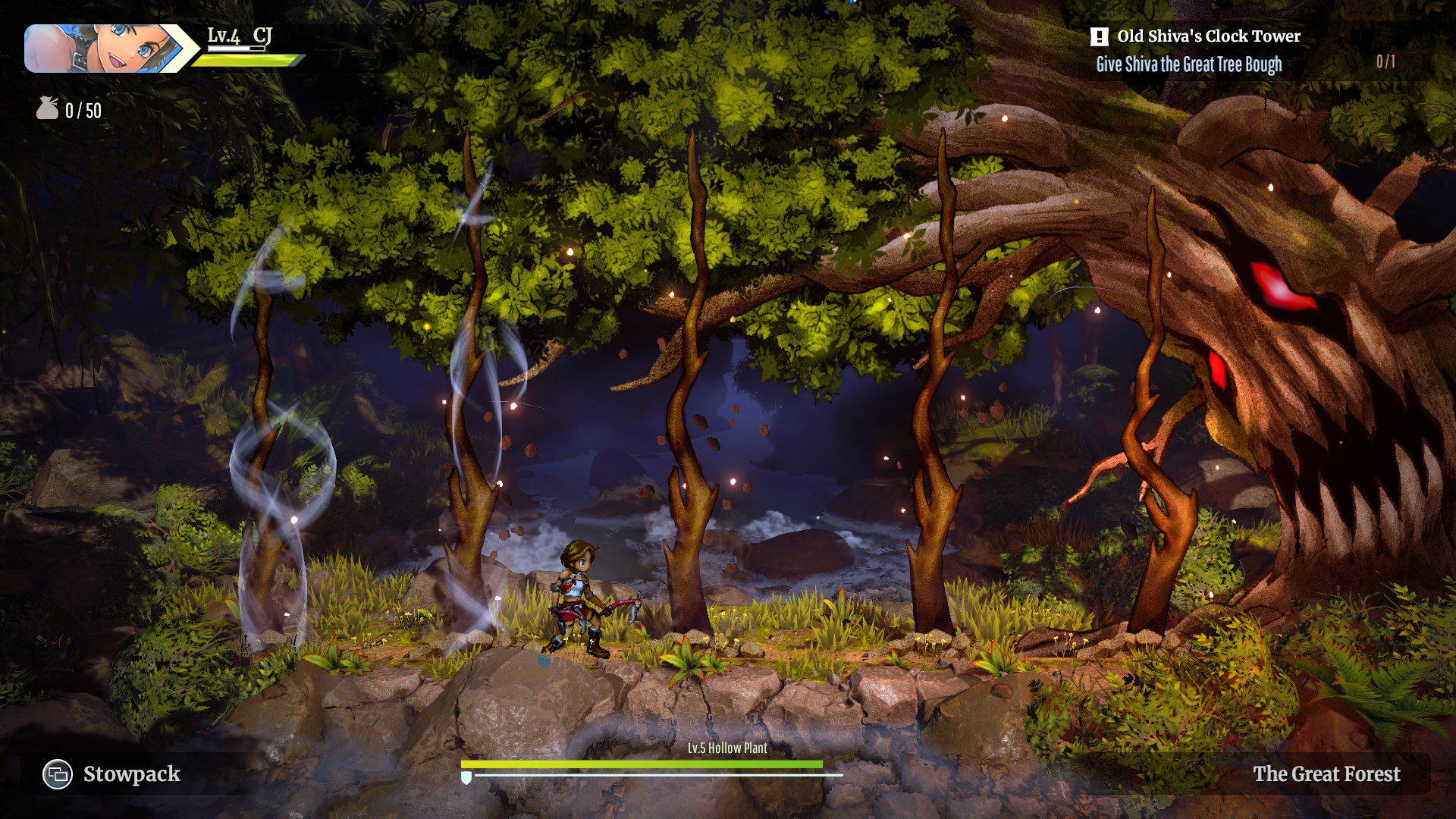 It starts out fairly slow and by-the-numbers, but Eiyuden Chronicle: Rising does start to open up as the town expands outward. Up to hitting the end of the preview, I was having a pretty good time establishing shops around New Neveah, hunting down the resources they needed to outfit me a bit better.

Eiyuden Chronicle: Rising doesn’t seem overly challenging or in-depth, but after weeks upon weeks of Sifu, Elden Ring, and Stranger of Paradise, this small slice of town-building was a bit of a relief. Rising offers a more chilled-out pace, with some nice music and happy townsfolks to help. For me, it fits the bill of comfort food RPG. And honestly, it’s what I needed. Once the loop of exploring for resources, returning to bolster the town, upgrading my gear, and then heading back out was underway, I started to enjoy the game’s pace. Eiyuden Chronicle: Rising may not be not groundbreaking, but there’s enough here to make for a relaxing, end-of-day, action-RPG.

Eiyuden Chronicle: Rising is coming in spring 2022 to PC, PlayStation, Xbox, and Switch.