Warning: Figure Does Not Float

It has been a while since we last heard from the LEGO Super Mario line, but today sees the reveal of not one, not two, but three brand new sets featuring Princess Peach. The fair princess will be the next character in line to receive an electronic, interactive figurine — following on from the Super Mario Bros. themselves. 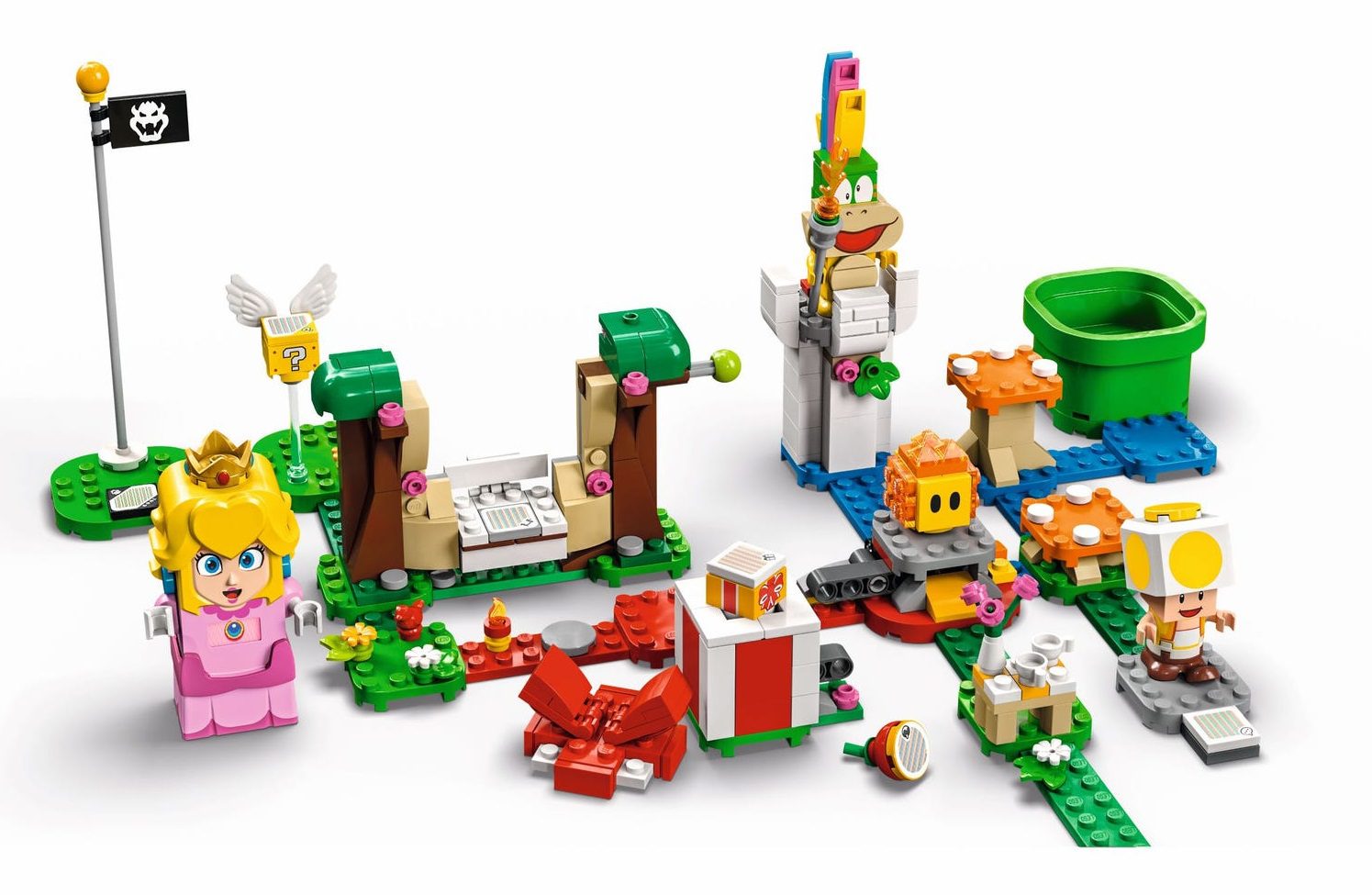 The first LEGO Super Mario Princess Peach set is the “Adventures with Peach Starter Course” (71408). This 354-piece set includes the LEGO Peach figure, along with a basic course that includes a Start Pipe, a Goal Pole, a swing set, a “Lava Bubble” challenge, a Flying Question Block and two (very cool) figurines of Yellow Toad and Koopa Kid Lemmy. The starter set will retail for around $60 USD and is the key purchase for those wanting the LEGO Peach interactive figurine. 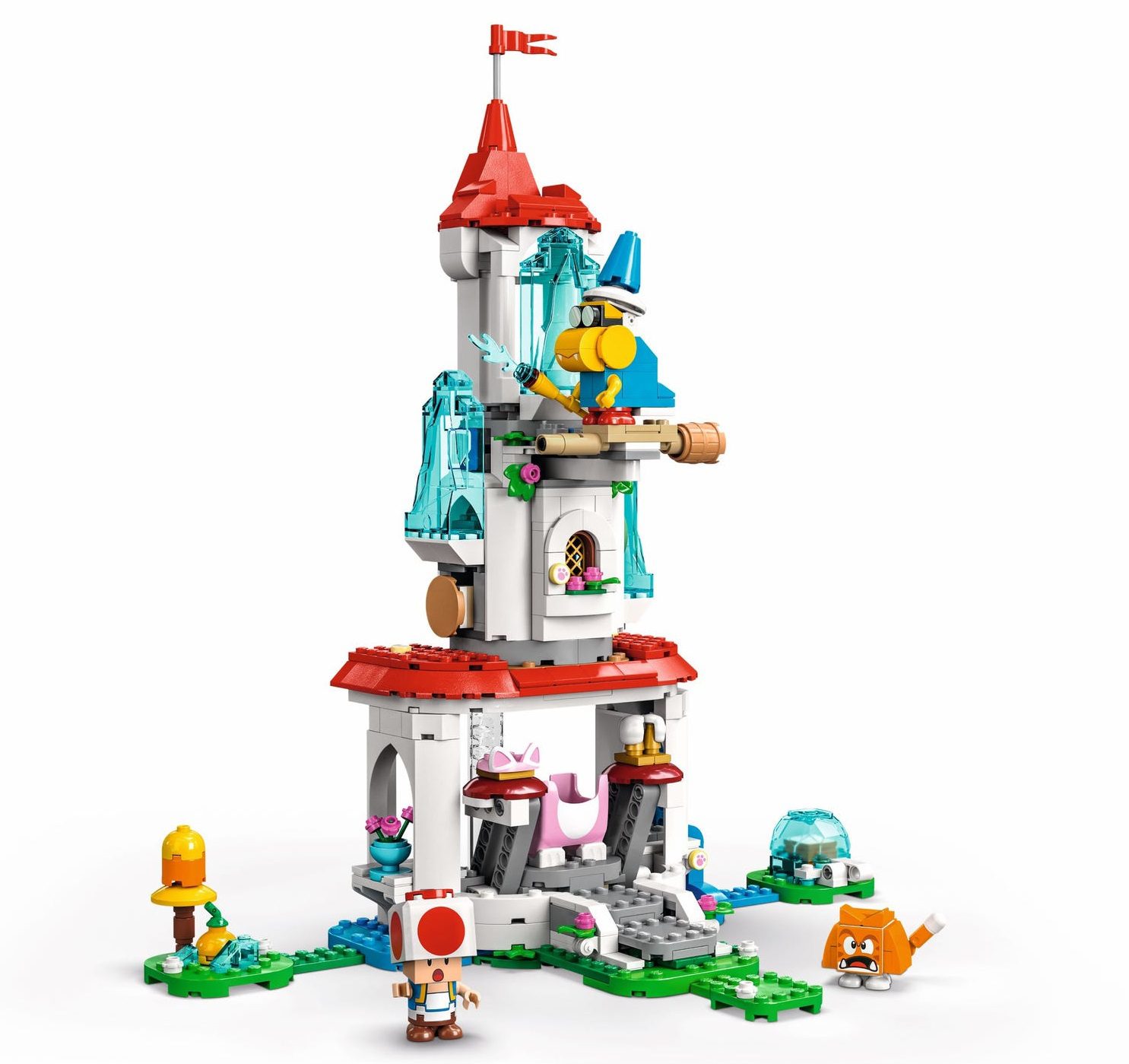 The second new set is the “Cat Peach Suit and Frozen Tower Expansion” (71407). This 494-piece kit includes a super cute cat-suit skin for the LEGO Peach figurine as well as a diorama of the Frozen Tower. Features include an Ice Block, Yellow Fruit, POW Block, and LEGO figures of Toad, irritating sorcerer Kamek, and the rarely seen Cat Goomba. The Cat Peach Suit set will retail for around $80 and is designed for use alongside previous LEGO Super Mario starter kits. 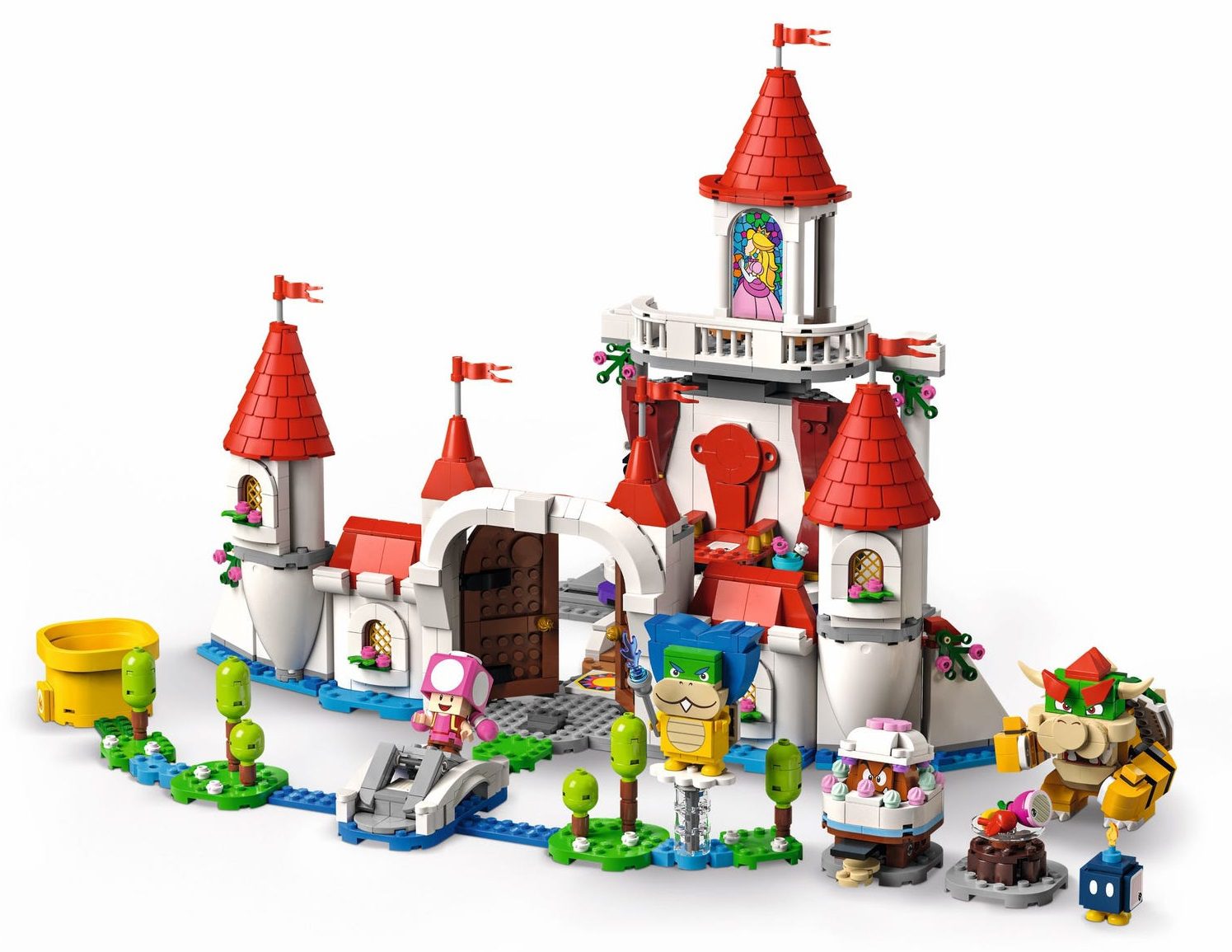 Finally, the centrepiece of this collection is the “Peach’s Castle Expansion Set” (71408). This 1216-piece set consistes of a detailed diorama of Peach’s castle, which includes a reversible throne room, a Time Block, and five unique LEGO character figures — including Toadette, Bob-omb, Goomba, Ludwig von Koopa, and the big bad himself, Bowser. The Peach’s Castle expansion will retail for a princely $130 and is designed for use in conjuction with previous LEGO Super Mario starter sets.