P4AU is still an excellent game, even if it could use some modern touch-ups

The nice thing about the new re-release Persona 4 Arena Ultimax is that it’s just how you remember Persona 4 Arena in the first place. It is still the RPG-infused fighter that has the stellar cast of characters from Personas 3 and 4. It’s still fast and fun, with a lot of depth and a good variety of playstyles. If any of that’s your chief concern, then don’t be too worried.

Where Persona 4 Arena Ultimax earns an asterisk on its recommendation is how it is, still, a game from 2013 and 2014. The re-release of Ultimax occasionally feels out-of-time in less-than-desirable ways, like lacking explanation on certain mechanics and netcode that will eventually be rollback, but isn’t at launch.

For those who never took the plunge in the first place, I’m mostly there with you. I played a handful of Persona 4 Arena matches in college, but most of my experience with these characters was with their guest appearances in BlazBlue: Cross Tag Battle. It’s exciting to finally play as the Persona crew in their own fighting game, and in the systems made specifically for them.

Persona 4 Arena Ultimax is a one-on-one fighting game, with the anime fighter aspects of air-dashing and potentially long combos. The big distinction is the Persona system; every fighter can strike with their own weapons or use their Persona, their spirit companion, to attack the enemy. Personas can do some pretty big attacks with some devastating effects, but they’re limited both by the number of cards available and can be stuffed—hit by the opponent—to be temporarily taken out of the action. 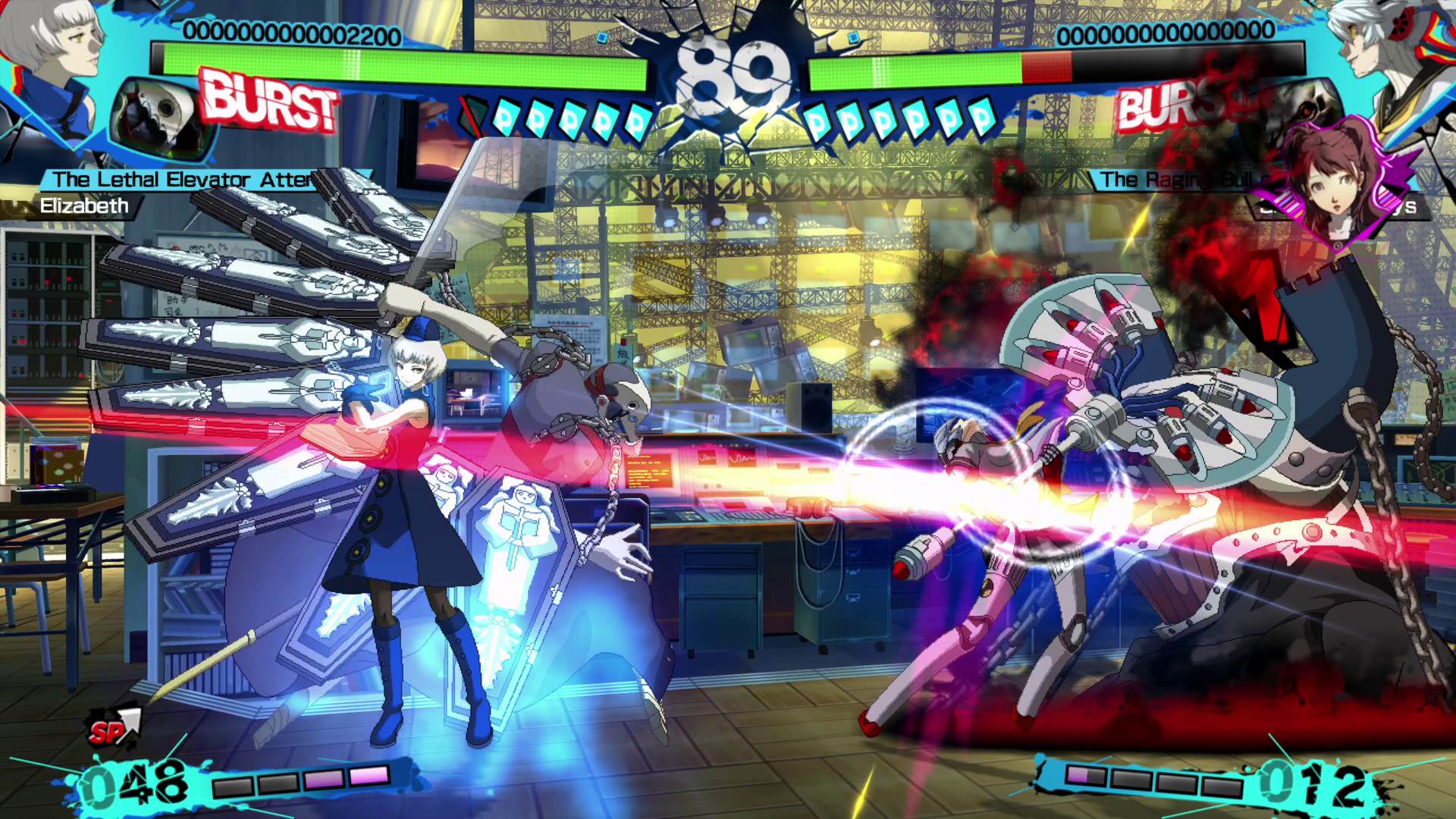 With an SP meter and, for most characters, a number of individual meters to watch alongside the universal ones, this is a knowledge-heavy game. Playing Aigis means keeping an eye on my Persona usage, SP, number of bullets, and Orgia meter alongside my health. Others like Yukiko or Akihiko just have simple counters, but still have a resource to consider and adapt to.

I don’t think this required knowledge is a fault; I actually like that each character has their own sub-system that they make decisions around, and it’s interesting seeing how those decisions interact with the actual fight on-screen. When I fight Junpei, I’m not just considering my own game plan, but his efforts to score runners on a miniature baseball game playing out on the bottom of the screen. It’s fun and rewarding to master, and it really encourages newcomers to get familiar with one fighter at a time. Not a bad habit to reinforce.

What still feels lacking is lessons on how this all works. Some techniques, like Aigis’ Orgia mode, get explained in special tutorials. Others, like Junpei’s baseball gameplay, get a little learn-by-playing moment in challenges, but not many laid-out explanations. I found out a few quirks and mechanics just from having a Wiki page open while practicing different characters, and that really seems like the way to learn this stuff. 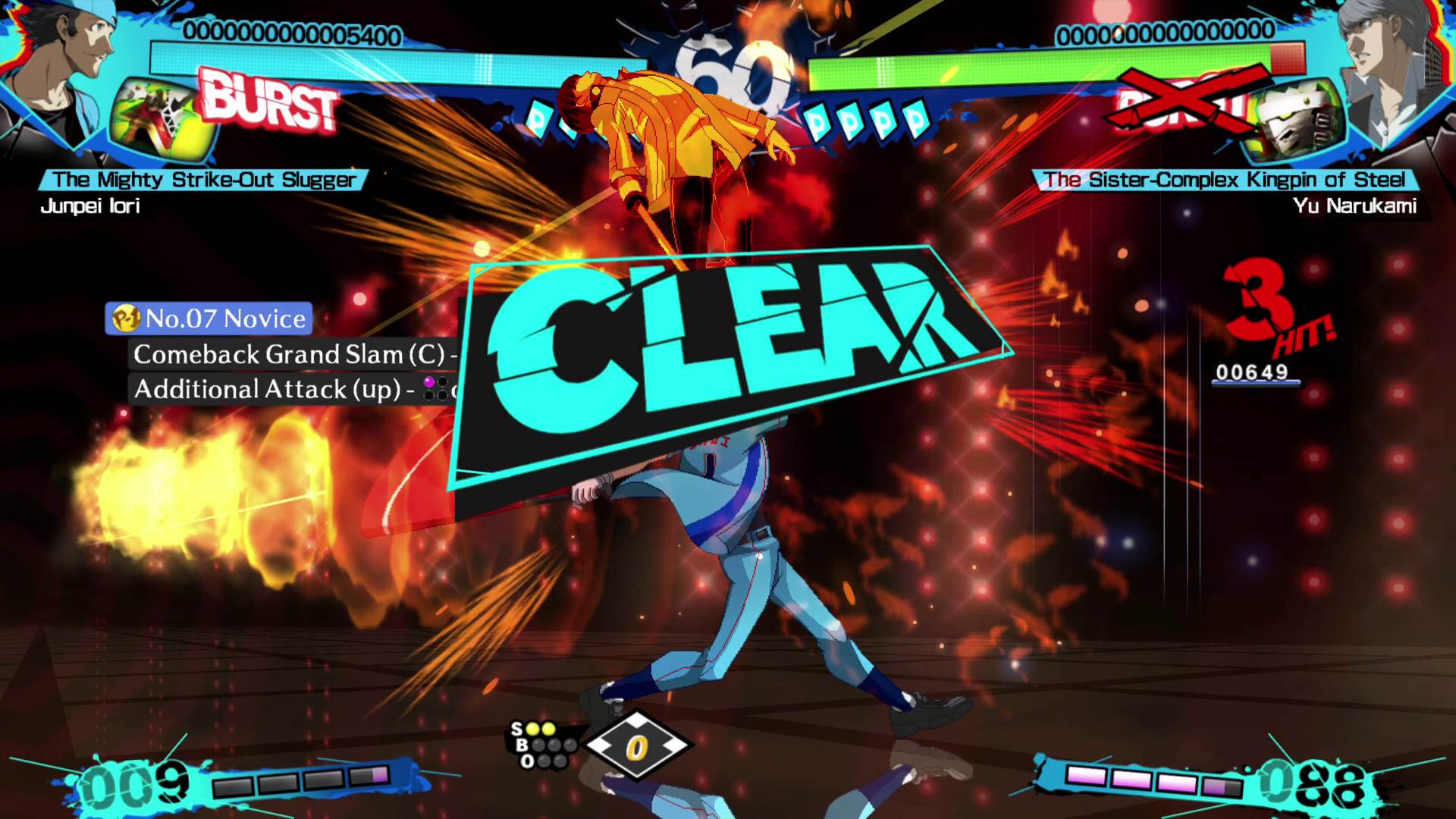 I don’t hold this against Persona 4 Arena Ultimax too much, as it’s really just trying to bring forward a game from 2013 to modern systems. But if you’re a newcomer used to the more in-depth tutorials and missions in games like Mortal Kombat 11 or Guilty Gear Strive, you might want to have a second monitor handy.

The absent modern convenience that’s a little more annoying, and the actual concern for checking out Ultimax at launch, is the netcode. Atlus has said that rollback netcode is coming to Persona 4 Arena Ultimax not at launch, but later on down the line, targeting this summer.

When I was playing the pre-release version on PS5, with friends on wired connections, all on the same continent, we only had a few hiccups and stutters. But once wireless connections got introduced, lobbies grew, and distances widened, we started to notice a lot more hitching and errors. Considering netplay against friends is a big selling point for a re-release like Ultimax, it’s worth knowing that it’s not using rollback right out of the gate. 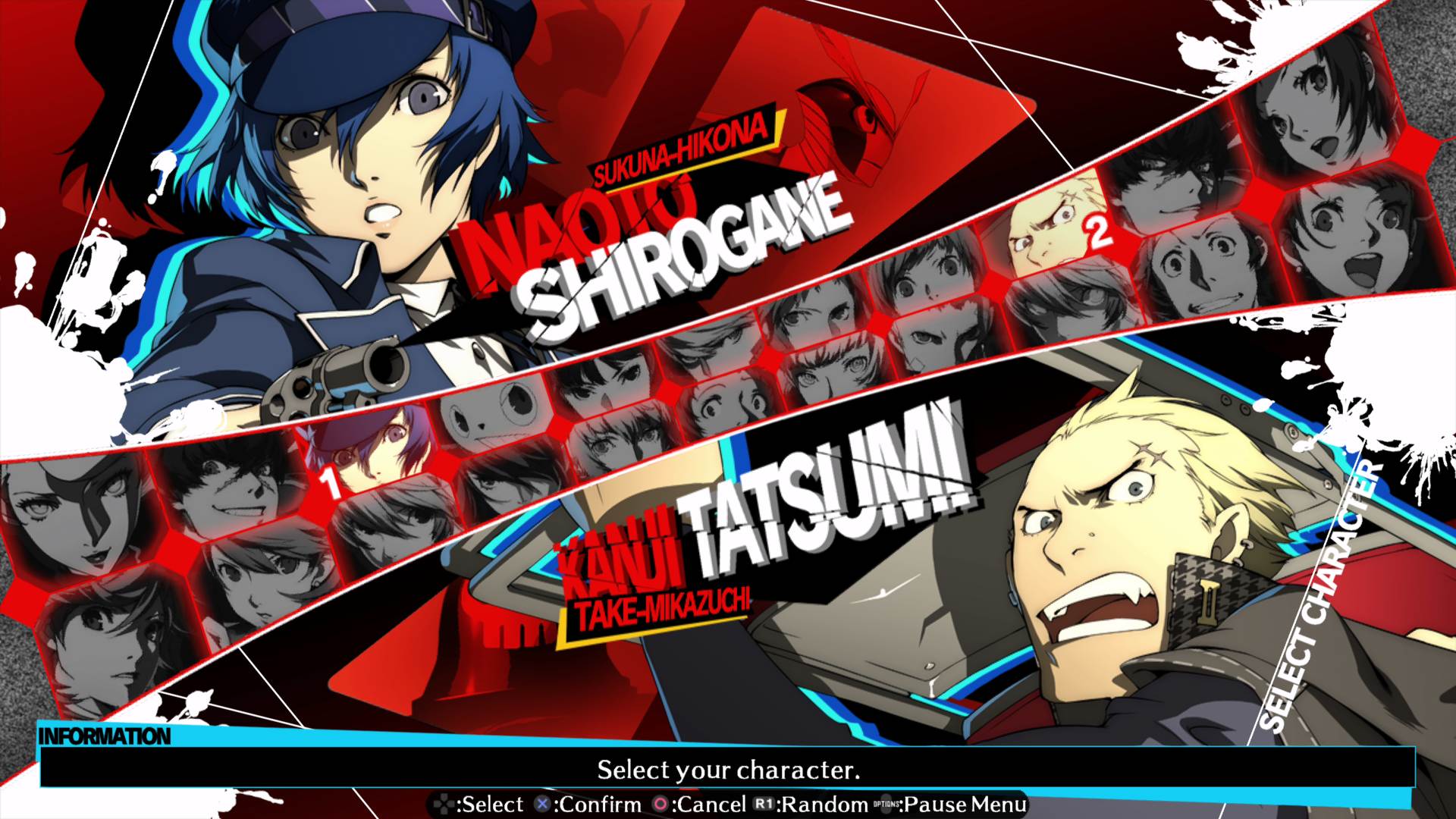 Even if it’s a bit daunting at times for fresh players, I’ve been really enjoying my time with Persona 4 Arena Ultimax. Its style hasn’t faded at all in the years since its first release. The sprite art really brings these characters to life, and I love seeing the updated versions of Persona 3 characters in particular.

Every fighter has their own approach, as well as a Shadow version to mess around with, so there’s a lot of variety in the roster. And despite how intimidating so many meters and mechanics to notice might seem, actually playing a match of Persona 4 Arena Ultimax is fast and breezy in a good way. Auto-combos can help with early building blocks into personalized mix-ups, and it only took a few matches with each character to get a feel for how they should handle.

Persona 4 Arena Ultimax makes a solid case for why this deserved a re-release. And if you’re a solo fighting game player or even just a Persona fan, there’s a huge wealth of single-player content to dive into here. Ultimax has a ton of single-player options, which is nice for those who aren’t looking to just try and climb the ladder. 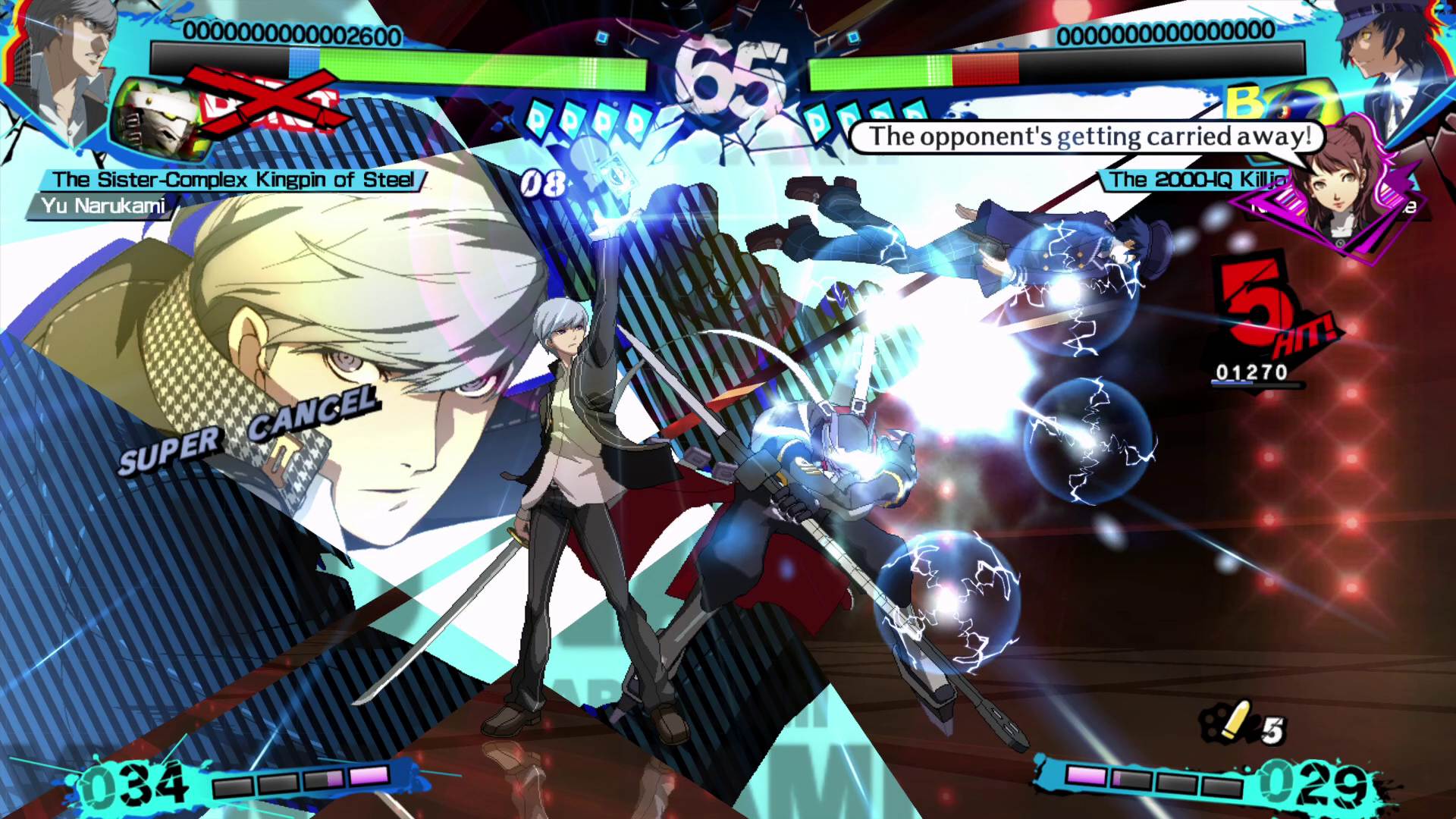 Even more than that, Persona 4 Arena Ultimax is a strong argument for why a Persona 5 Arena would be absolutely phenomenal. Heck yes, I want to see Joker and the Phantom Thieves duke it out with the casts of previous Personas. It might be a dream right now, but let me have it, okay?

If you’ve been eager for an easier way to play Persona 4 Arena in the year 2022, the good news is that Ultimax delivers exactly that. Nitpicking of some of the external features aside, the gameplay is still good, and I haven’t missed an opportunity yet to boot P4AU up and run a couple matches with others. It might sound a little odd to gleefully declare that Ultimax clears the bar of simply being Persona 4 Arena Ultimax on modern systems, but when it’s a fighting game like this one, that’s a good bar to clear.

[These impressions are based on a retail build of the game provided by the publisher.]

Assassin’s Creed Valhalla(Dawn of Ragnorak): Gift to the God