Patches is back in Elden Ring, and he’s up to his old tricks

We’re totally onto Patches at this point, but I still want to let him do his thing just for fun

We’ve come to expect certain things in From Software’s action-RPGs, and I love that Patches — a perpetually conniving twerp who’s always setting up traps — is one such recurring element. He’s been causing us trouble all across the Souls series, and that now extends to Elden Ring, too. You can find Patches fairly early in the first major area.

Without revealing his location yet, rest assured that like in prior games, Patches will always look out for himself. He’s going to come at you hard, then try to work out a deal at the last minute, and I know that you know that it’s all a ruse. Every damn time, it’s a ruse.

If that’s all you needed to know, great; I’m trying to keep this article spoiler-lite for the game’s launch day. Patches is, in fact, back for Elden Ring, so keep your eyes peeled.

That said, if you want to make a beeline for him, here’s some more info.

Where to find Patches in Elden Ring 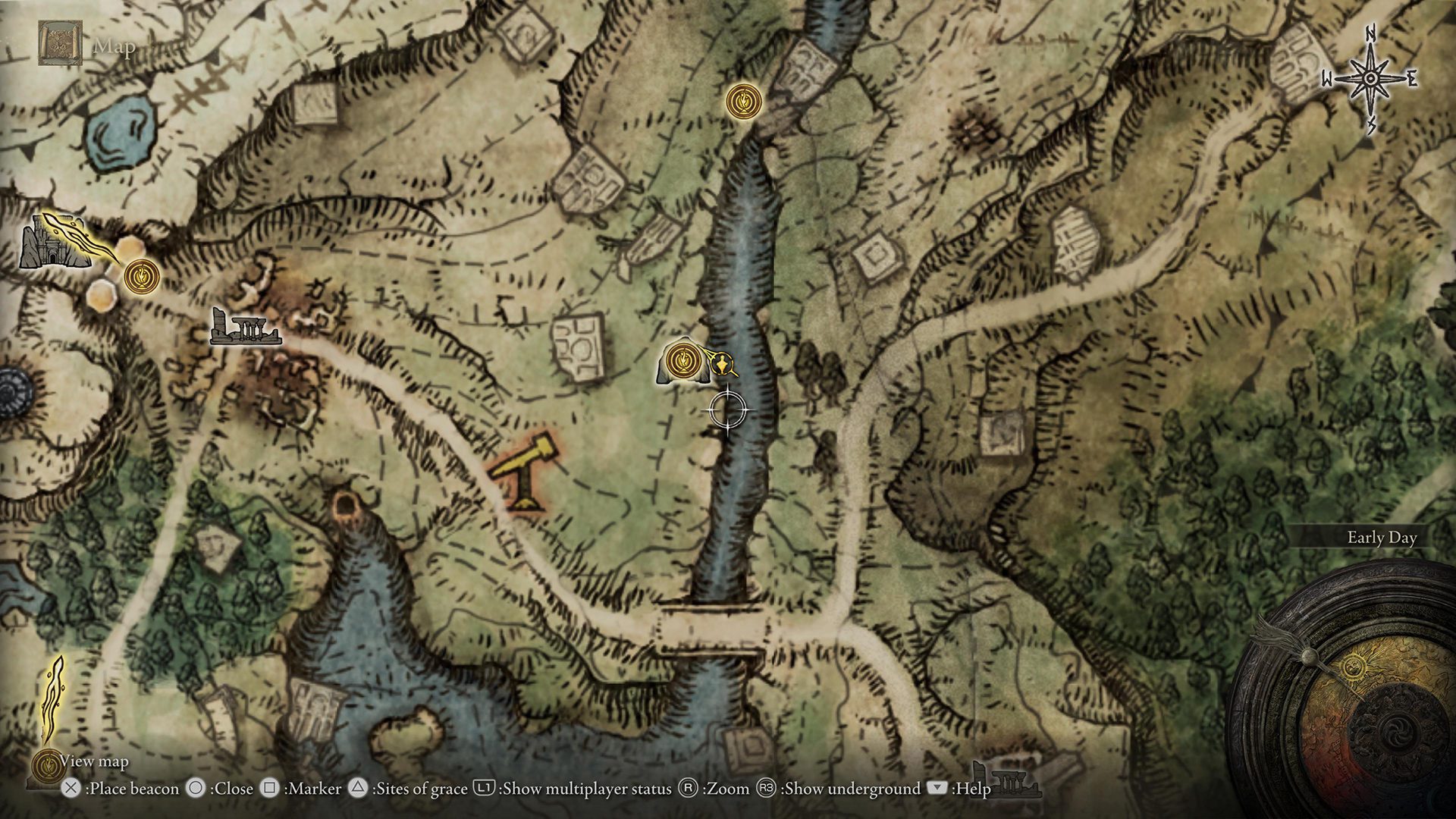 This screenshot shows the approximate location of Murkwater Cave, which is not far from your starting point in Limgrave, the first main region in Elden Ring. Our sneaky boy is hiding in here. From your first steps in the open world (after the tutorial zone), this spot is just a short ride (or run) to the northeast, right past the intimidating dragon.

You’re looking for a cave entrance with a fire outside (pictured at the top of this article).

Inside this small cave, you’ll want to watch out for an ambush from some common enemies — they’ll trickle out of the darkness. It’s best to take a slow and steady approach until you’re sure that everyone’s been dealt with, at which point you’ll look for a larger part of the cave that seems very conspicuous. In here, you’ll loot a chest and face Patches as a mini-boss, full HP bar and everything. You only need to hurt him until he taps out. 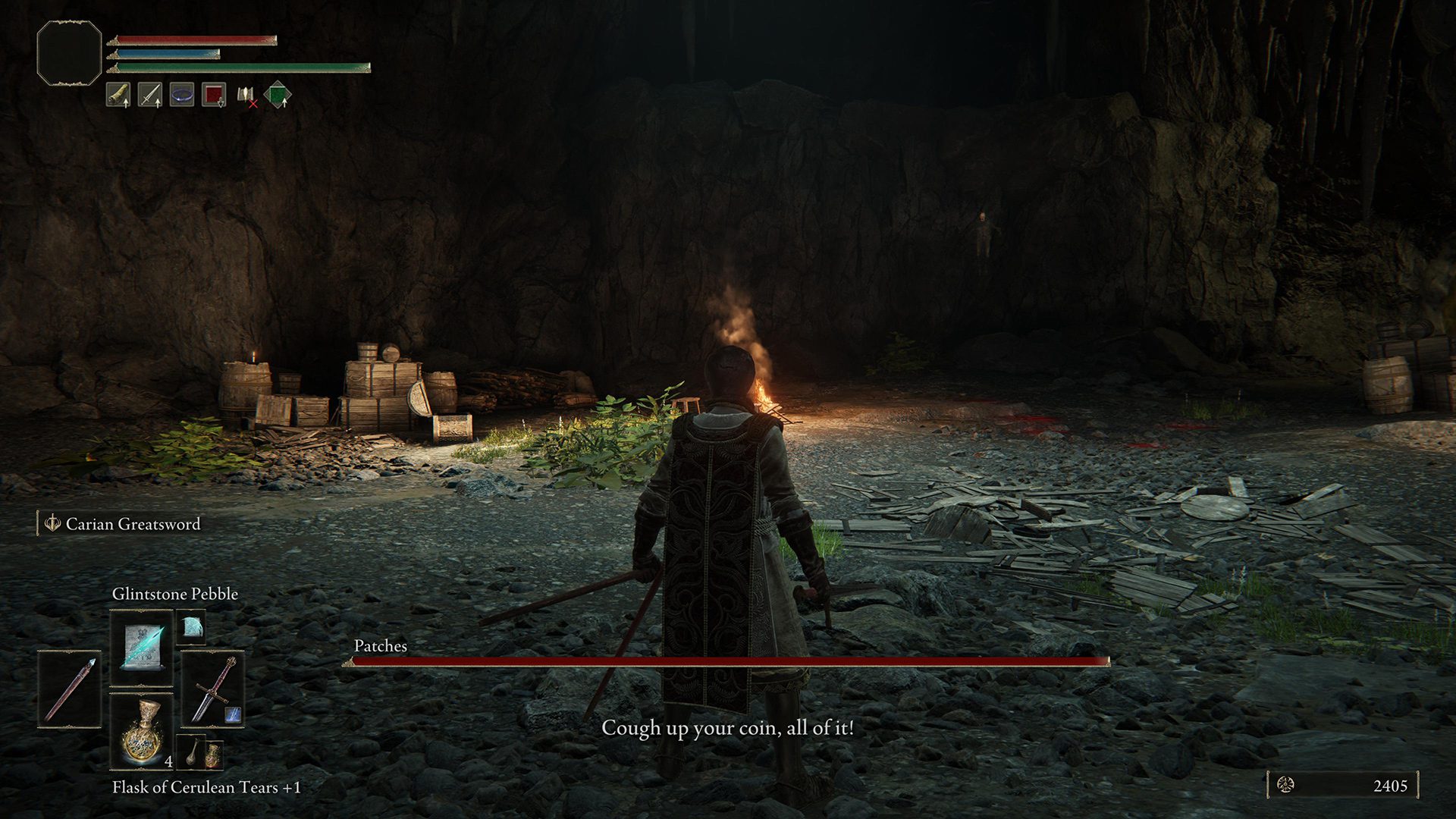 After the fight, you can chat it out, though *taps the sign* don’t believe his lies.

This story is just getting started

If you’re okay with his trickery, if only for a little bit, then come back to Murkwater Cave to find a new treasure chest. It’s obviously a trap, but I went for it anyway. 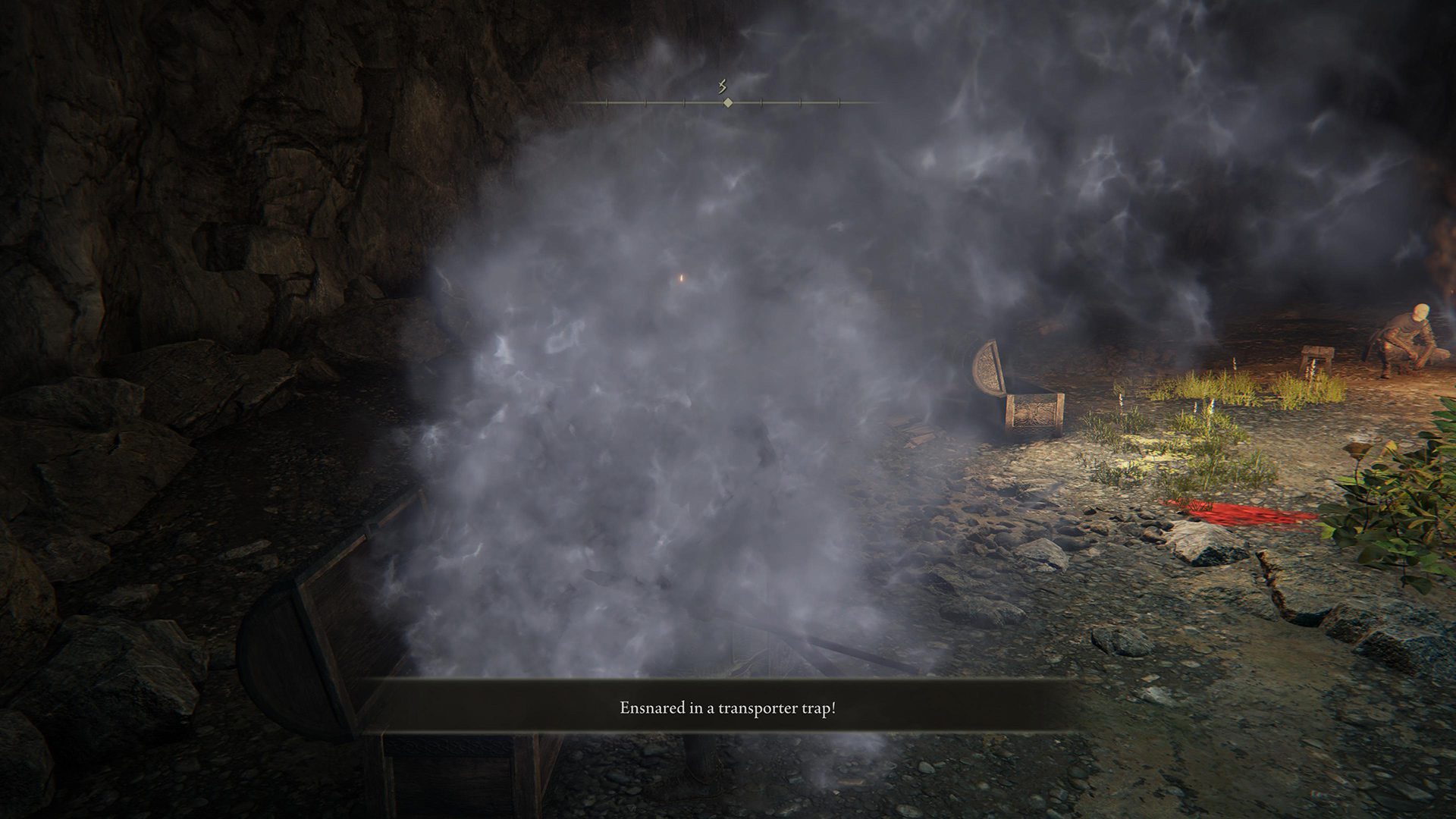 The chest isn’t a mimic like I initially expected, but it did teleport me into a forest right next to a jacked bear. Which, okay, Patches — you’re too funny. I’m not even mad! 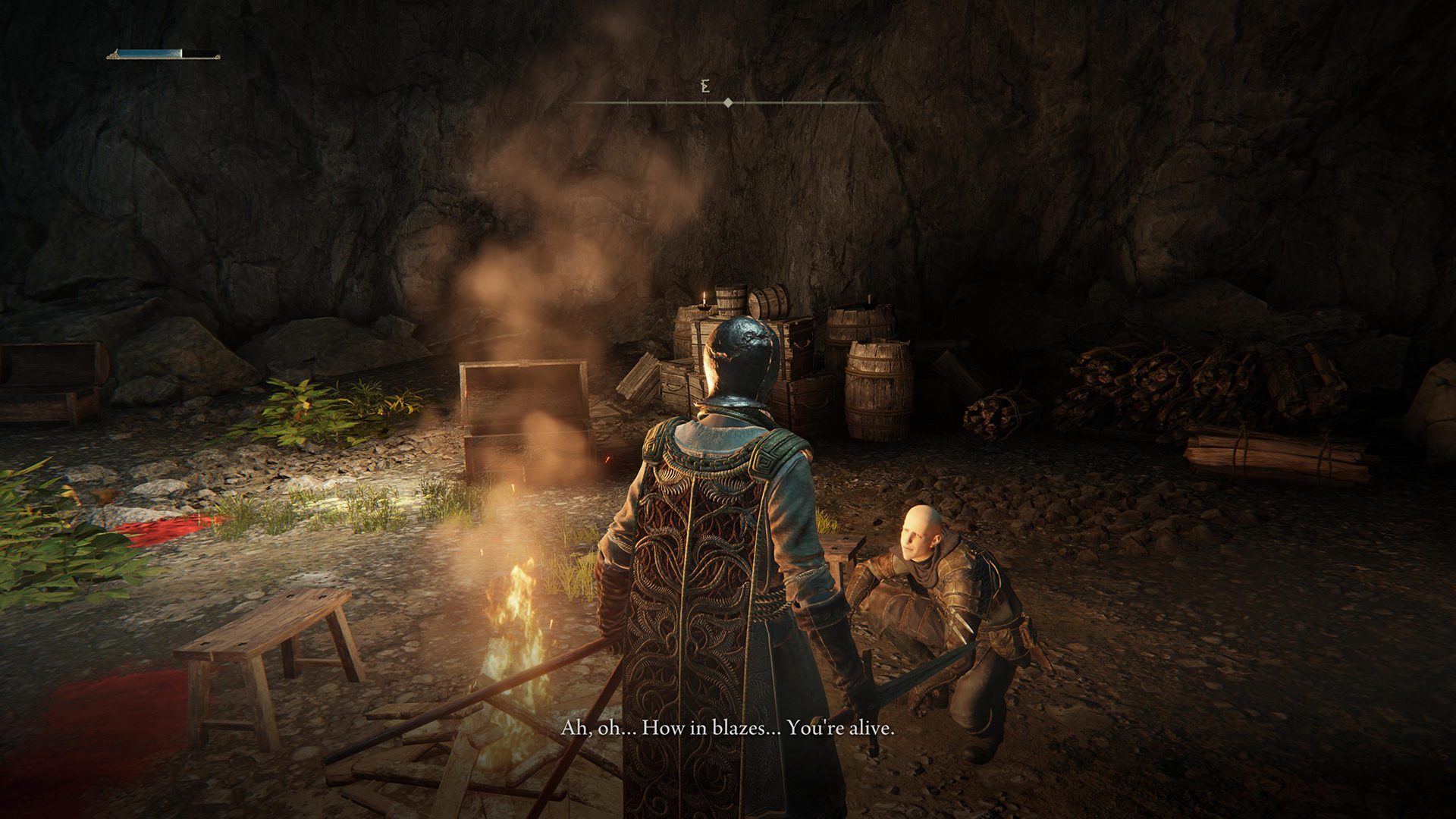 The urge to take Patches out might be strong. But if you don’t kill him, he’ll offer wares as a merchant, and you’ll also find him later on in your journey across the Lands Between.

Without saying too much, if you happen to come across shiny stones, he’s close.

And just when I thought Patches was done showing up in random places, he made a surprise appearance during a certain later-game moment that was just awesome and totally on-brand for him. He’s worth keeping alive… for now. But you do you.