Out of nowhere, Nintendo introduced My Nintendo weekly missions, which is another source for platinum points, as well as rewards to spend them on that won’t have the added cost of shipping fees.

While physical rewards were the main draw for My Nintendo for some time as of late, Nintendo is seemingly overhauling the system with the new weekly missions track. In short, you log into the “Switch Online” feature on your physical Switch (which finishes up one mission), then complete some menial tasks.

This has been a long time coming, as My Nintendo has had “sign into the 3DS or Wii U eShop” missions for years, but nothing for Switch.

Here’s what you need to do to “finish out a week” for My Nintendo weekly missions:

In all, you can now get an extra 220 platinum per week (so long as there is a game trial) because of these My Nintendo weekly missions. Without the trial in play, it’s 120 per week. If you’re interested, you can find the full details here.

If you’re not seeing your rewards right away, Nintendo notes there might be a delay as the system is fully implemented.

Here are the new rewards on offer 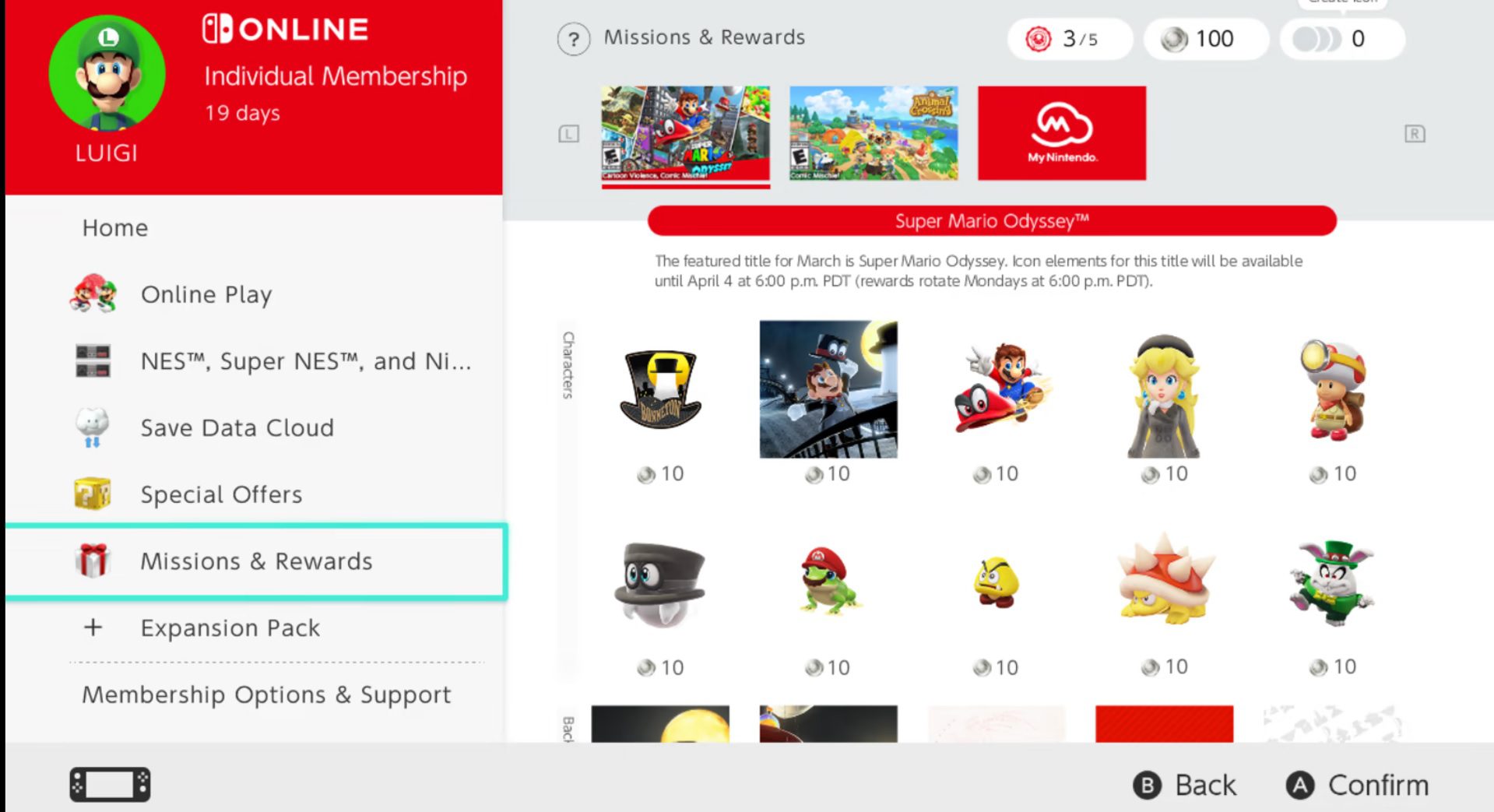 As I mentioned above, there are new rewards to spend that platinum on too. In the month of March, Mario Odyssey icon “elements” (frames, backgrounds, character stickers) are available until April 4 at 6:00PM PT, as well as character icons for Animal Crossing with March birthdays, which rotates at that same time. It seems as if Nintendo will cycle out a new game theme and new Animal Crossing birthday icons each month.

You know what would be a great reward for this system? THEMES!

As a reminder, if you want the Pokemon cable tie rewards, you can find our full Platinum Point guide here, which has been updated with details on weekly missions: bookmark it for when you need quick points for a reward. A handful of points is incredibly easy to get, as that’s basically just 15 minutes with Super Mario Run, or a quick sign-on to the 3DS or Wii U 3Shop. Also remember that any shipments are bundled together, so you can pay a flat rate for multiple items instead of paying it each time. Just know that items go out of stock on My Nintendo frequently, and some are never restocked.

Where to find and how to defeat Tree Sentinel