There’s a lot to like about King of Fighters XV if you’re a fan of the genre. Deep, technical gameplay. A large and fairly interesting character roster. All-important rollback netcode, which allows for mostly smooth online matches. All of the ingredients are here, but the finished product still lacks a certain edge — the kind of edge that some would argue SNK lost when it transitioned from sprite-based, 2D fighting games.

Visuals aren’t everything, but presentation is still a crucially important component of a successful brawler. Lest we forget the likes of Marvel Vs. Capcom: Infinite and King of Fighters XIV — the latter being much more relevant to this review.

King of Fighters XIV was an unfortunate release. Some would argue that its predecessor, King of Fighters XIII, is one of the best-looking 2D fighting games of all time, so when XIV moved to a 3D engine, complete with ugly character models and rough visual effects, the backlash was inevitable. It was so heavily criticised that SNK actually updated the title years later, improving its graphical capabilities quite dramatically. But still, the damage had been done, and it almost felt unfair, given that XIV sported some typically great gameplay. 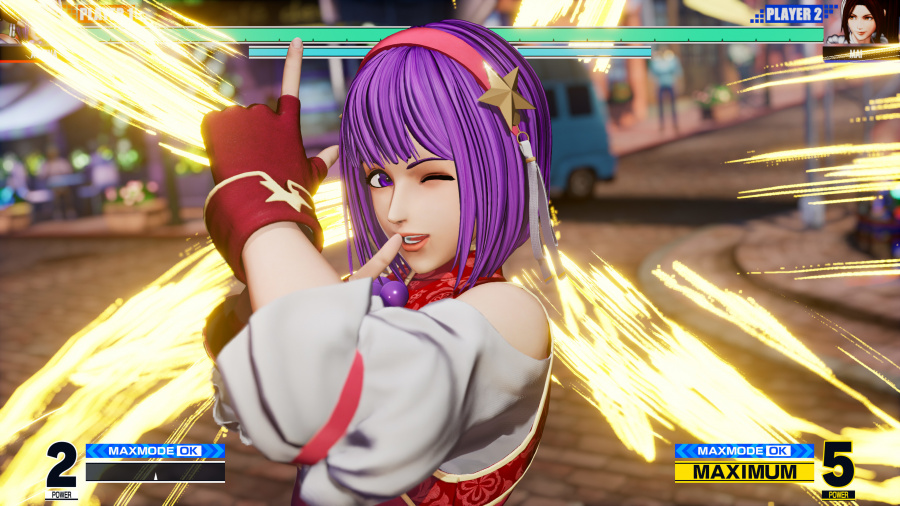 Thankfully, King of Fighters XV is another significant step in the right direction. It builds upon XIV’s art style with a more vibrant colour palette, better lighting, and more detailed character models. Generally speaking, it’s a flashy and fun looking game, even if it still falls noticeably short of its striking 2D predecessors.

It’s a solid start, then, and XV carries that momentum through its trademark fighting mechanics. If you’re already familiar with the series, then you’ll be able to dive right in. XV feels incredibly close to XIV in terms of animation and general gameplay flow, with only a few system-level changes altering how players might approach a match.

King of Fighters staples, like Max Mode and mandatory three-on-three battles, are still here and mostly work as existing fans would expect. Managing your super meter remains a focus, since it’s shared between all three of your chosen characters, who are swapped out once they’re KO’d. Said meter allows you to use the aforementioned Max Mode — elongating combos and powering up special attacks — while also providing resources for combo-ending super moves. 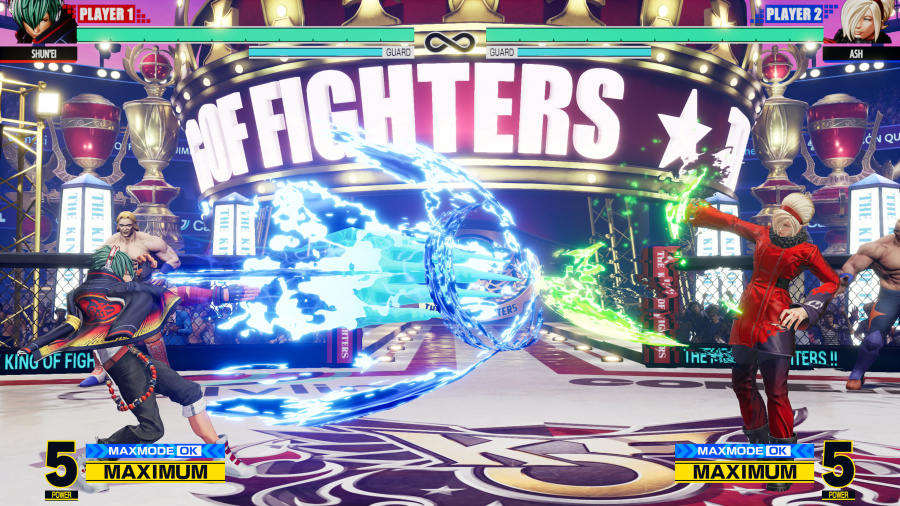 The three-on-three system is still at the core of King of Fighters’ identity. Unlike other team-based brawlers, such as Dragon Ball FighterZ, you’re not switching between your chosen combatants at will, and there are no assists. As such, team composition is more about picking characters that you enjoy playing as, and with XV’s sizeable roster, discovering favourites is actually one of the most enjoyable parts of the game.

Now then, about those system-level changes we mentioned earlier. The big one is that you no longer need to be in Max Mode to perform enhanced versions of special attacks. Instead, you can fire off these potent moves by simply burning a chunk of your meter. Depending on the character, this change can have a surprisingly big impact on their effectiveness — especially since you don’t have to fully commit to Max Mode.

Meanwhile, Shatter Strike is an entirely new addition — an armoured attack that staggers the opponent on a successful hit. It’s clear that SNK didn’t want to narrow the scope of King of Fighters’ combat here — everything that’s been added or altered brings more gameplay options to the table, which leads to XV being an impressively deep and rewarding instalment. 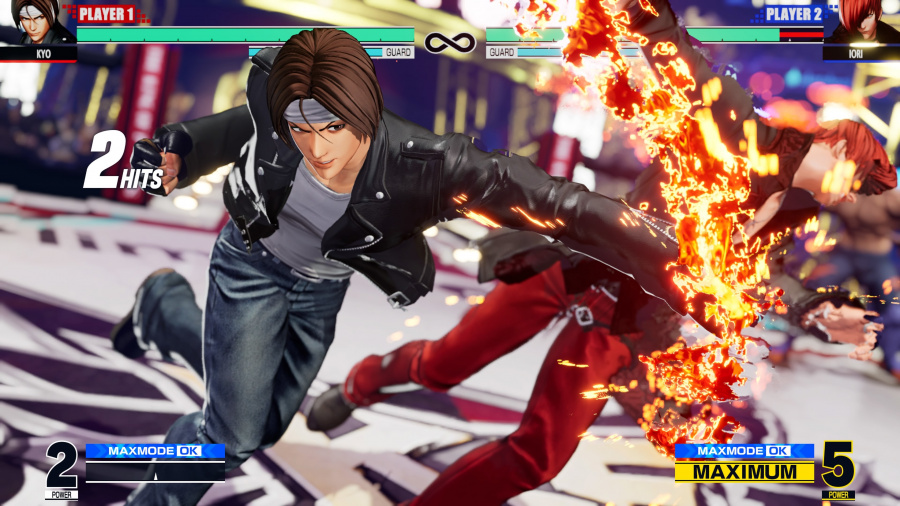 But what does this mean for new players? Well, when you put everything together, there’s no question that King of Fighters XV is a very technical game. Once you’ve wrapped your head around the core mechanics — both offensive and defensive — there’s still so much to learn about individual character strategies and tricky combo routes. What’s more, King of Fighters remains a relatively high execution series, demanding a lot of precise directional inputs for even standard combos.

That said, King of Fighters isn’t as difficult to pick up as you might have heard. The series has developed a bit of a reputation for its daunting combo strings, but there are techniques — like the so-called ‘button hold trick’ — that make complex-looking inputs a lot easier to actually pull off. The real issue is that these techniques are never explained in-game, and so newcomers stumble across command lists that look borderline impossible, and potentially give up there and then.

Creating and presenting a decent tutorial is a problem that a lot of modern fighting games have, and King of Fighters XV definitely suffers from its inability to effectively explain or demonstrate key mechanics. Hit up the training mode and you get a brief introduction to the basics — like movement, blocking, and short hops — but it all feels disappointingly stunted. 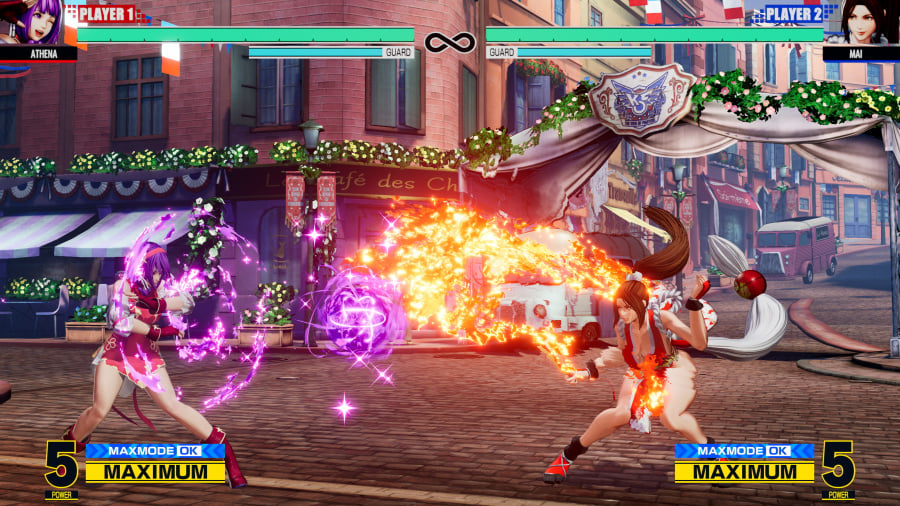 It should also be noted that King of Fighters XV is yet another modern fighting game that expects you to play online. Its dedicated story mode is dumb fun while it lasts — it’s really just a glorified arcade run with a team of your choice — but beyond that, the meat of XV is, naturally, found in facing off against other players.

Fortunately, as alluded, the online experience in XV can be pretty darn good. The netcode itself isn’t quite Guilty Gear Strive good, but SNK’s implementation of rollback often makes for silky online matches that feel great to play. The only issue we had was running into odd connection errors every now and then, which would kick us out of lobbies and back to the main menu. Some research suggests that these network errors were also popping up in the game’s pre-release beta tests, so it’s a shame that they’re yet to be resolved.

Fighting game fans can’t really go wrong with King of Fighters XV — a sequel that doesn’t shy away from the technical depth of its predecessors. It’s obviously still early days, but it feels like SNK has improved upon King of Fighters XIV in all of the ways that matter. Better visuals, expanded mechanics, and, perhaps most importantly, smooth online netcode make for fighter that’s hard to fault — even if it’s lacking the cutting edge of its peers.