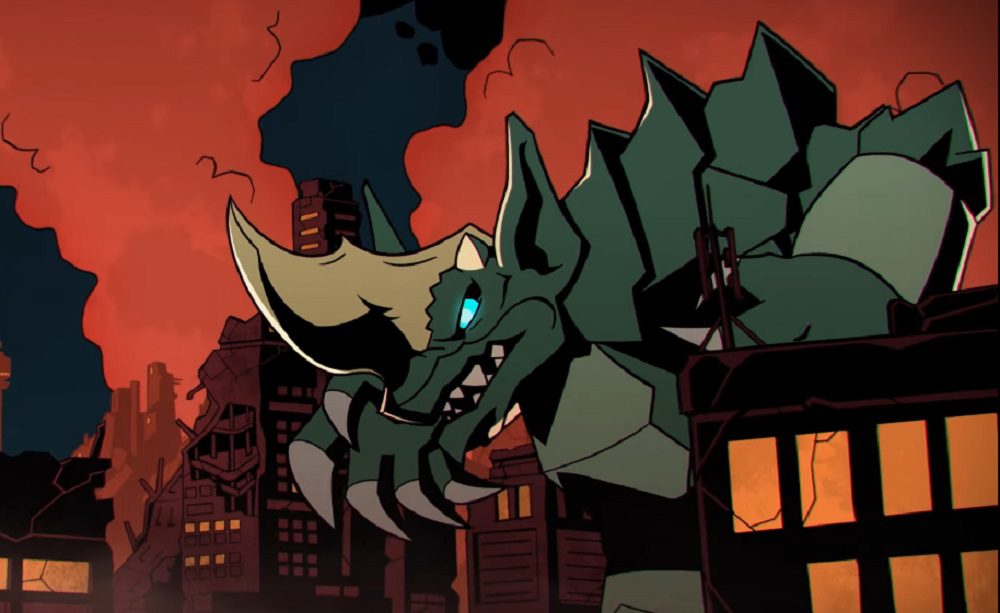 What’s that coming over the hill?

WayForward and 13AM Games have finally announced a release date for its upcoming building-ripper Dawn of the Monsters — The king kaiju brawler will come stomping onto PlayStation, PC, Xbox, and Nintendo Switch March 15, and woe betide and people, vehicles, or landmarks that get in its way.

As we previously wrote about in our exclusive report, Dawn of the Monsters will see one or two players stake control of a roster of behemoth characters, battling against intergalactic invaders in an effort to reclaim Earth for a devastated humanity. The cartoonish title combines romp-’em, stomp-’em carnage with a surprisingly deep combat system, culminating in very cathartic, no-holds-barred destruction.

The Dawn of the Monsters narrative sees a 2036 Earth completely devastated by the arrival of The Nephilim, a seemingly unstoppable alien invasion that has driven the last bastion of civilization underground. From its subterranean bunker, a resistance force known as “DAWN” (Defense Alliance Worldwide Network) sets above creating its own giants, readying them for a final ditch effort to take back the planet from a platoon of dangerous new settlers.

Dawn of the Monsters launches March 15 on PlayStation, PC, Xbox, and Switch platforms.

Gran Turismo 7 PS5, PS4 Updates to Add Cars, Courses, and So Much More