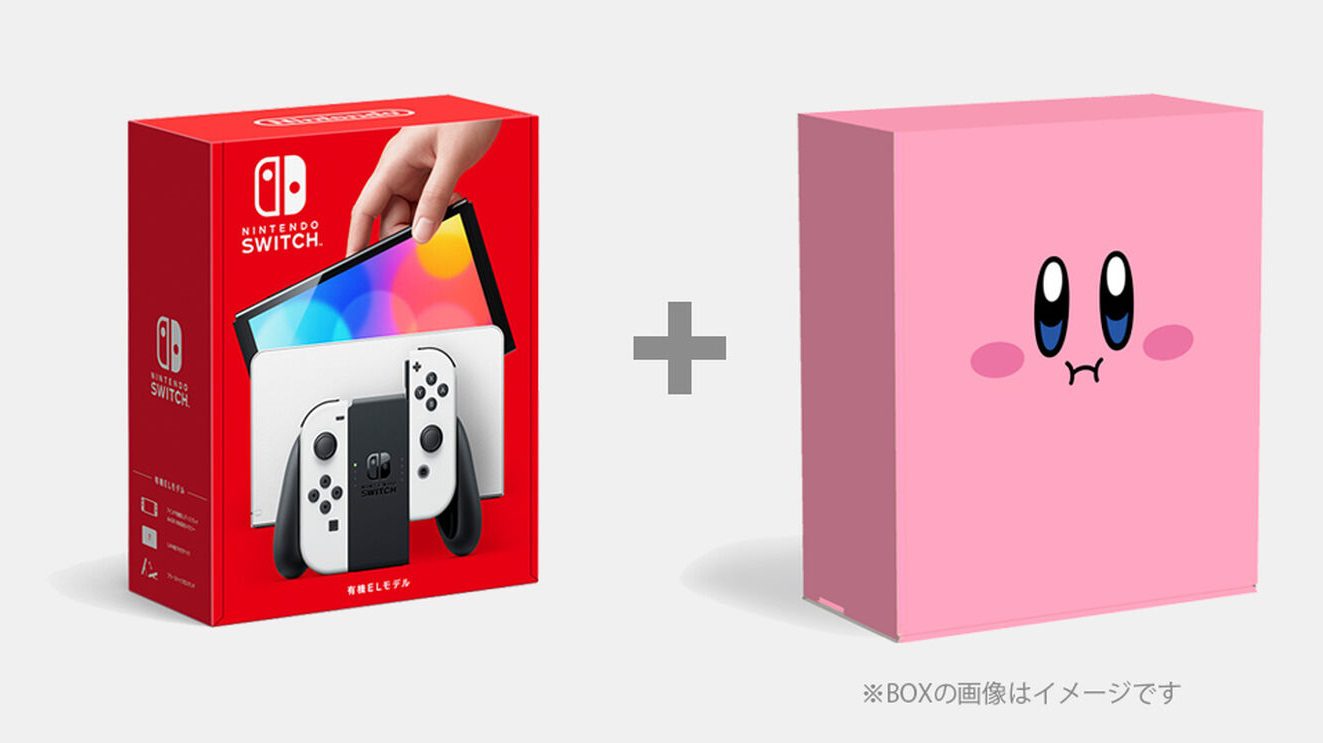 He’s eating the box, you see

Nintendo is right back at ya with Kirby merch, something they typically never fail to deliver. This time around it’s a “mouthful” box; a play off of the upcoming Kirby and the Forgotten Land gameplay mechanic where our hero can eat big objects like cars or vending machines and use them. To get the free Kirby mouthful promo box, all you have to do is order a Switch OLED on the official Japanese Nintendo site, with this specific listing.

Currently the going rate for an official Switch OLED is 37,980 yen. As is the case with most Nintendo merch like this, there’s a chance that it’ll appear on eBay for international shipping later on by scalpers. I mean, people can really clean up on this listing: since it’s at no additional cost, and you’ll have no trouble re-selling the OLED Switch for at, or more than cost.

In any case, as usual, I hope that everyone who actually wants a Nintendo collectible and can actually enjoy it gets it. It’s a little prohibitive given that the promo is only for Japan, but I’m sure someone was itching to buy an OLED in the region and this is the thing they needed to pull the trigger.