Horizon Forbidden West has gyro aiming, here’s how to turn it on

A surprising little feature for the PlayStation exclusive

Twitter user “hypedomi” made a video of the gyro controls in action. They use an exaggerated setting to show off the gyro in action, then show some more subtle and realistic applications of it. And as a commenter of ours noted, it’s not just a DualSense feature either; PS4 owners can flip on motion aiming, too.

I wish you all a happy #HorizonForbiddenWest launch day tomorrow! A quick PSA before you start playing: There’s an awesome new gyro aiming option buried deep in the setting menu.
It makes aiming SO MUCH EASIER. Please give it a try. It really changed the way I play the game. pic.twitter.com/1VVoHMjjaD

Those who have spent any amount of time playing Splatoon 2 probably already know how handy gyro aiming can be. While right-stick aim has been the go-to for console shooters for ages, the gyro controls can be used to finesse a shot. I’ve always thought of it like getting the crosshair in the right ballpark, then using little flicks or nudges to zero-in.

Horizon Forbidden West makes it pretty easy to find the controls, too. Head over to the settings menu and you’ll find them under the Controls tab, called “Motion Aiming.” Once enabled, you’ll also have a bunch of smaller sliders and toggles to fine-tune the gyro experience. 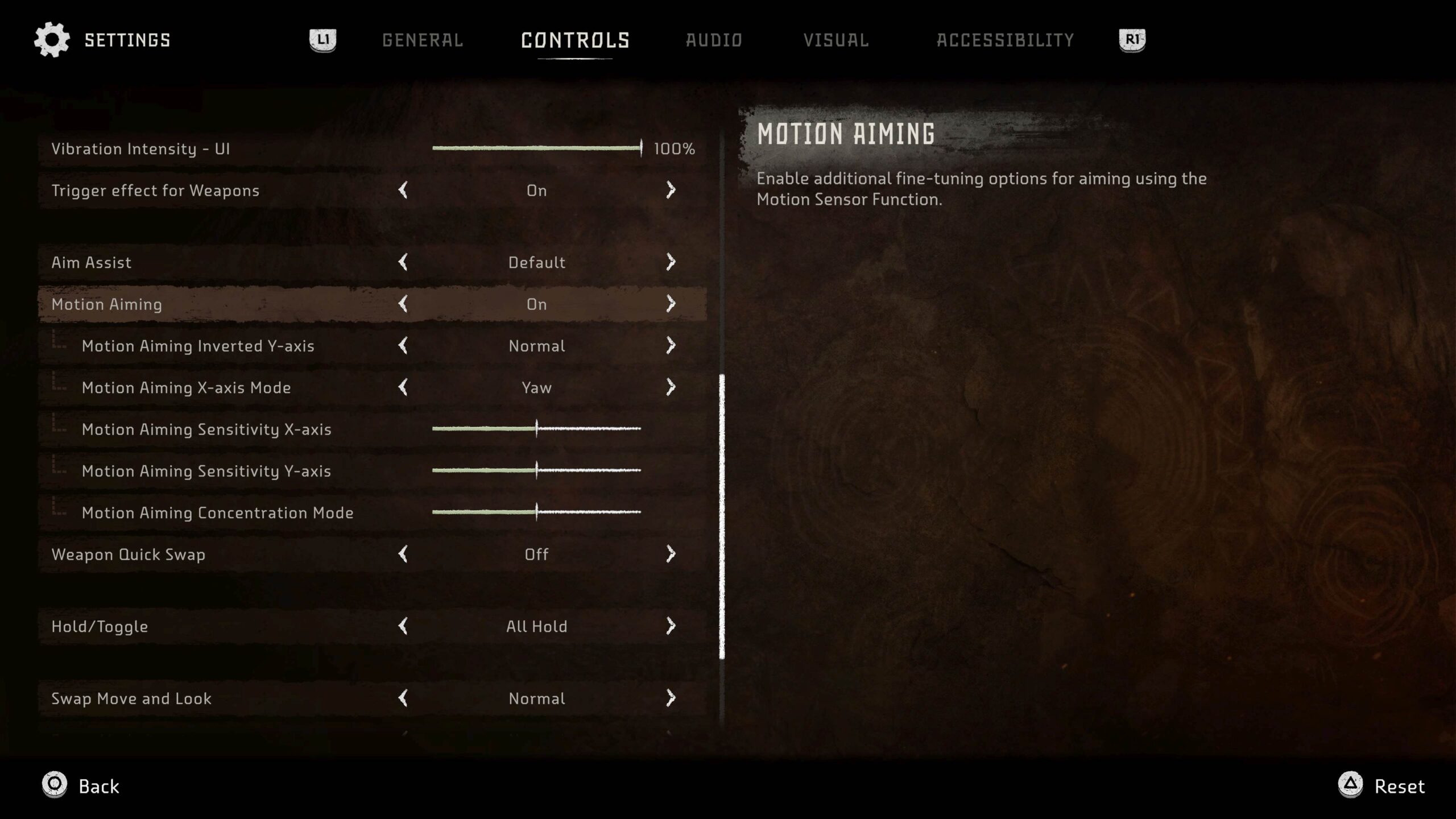 Horizon Forbidden West hopping on the gyro trend is pretty cool, and might be useful for hitting the bullseye more often. Plus, flicking your wrist and loosing an arrow probably just feels pretty cool to do.

Horizon Forbidden West launches today for PlayStation 4 and PlayStation 5. You can check out our review of Guerrilla Games’ latest here.