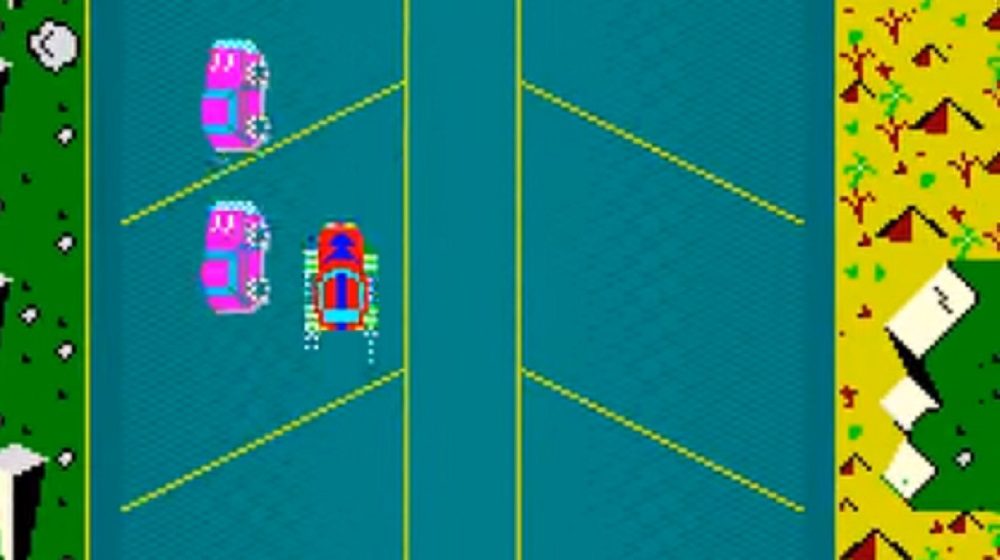 Retro publisher Hamster is taking time out from its steady slew of shmup re-releases to visit the formative years of racers. This week’s Arcade Archives entry on PS4 and Nintendo Switch is Taito’s High Way Race, which is not only one of the earliest examples of the genre, but also one of the first to introduce combative elements.

Released to arcades way back in 1983, High Way Race is a top-down road-ripper that sees players burning rubber along a cityscape racetrack. While there are plenty of other vehicles taking part in this race, the player is encouraged to be offensive in their efforts, ramming cars off of the road or using their own “boost” ability to leap through the air, ala K.I.T.T. in Knight Rider. There are four courses to master, with the game starting anew with increased difficulty after the fourth round.

Check out the action in the video below, courtesy of YouTuber Old Classic Retro Gaming.

Unfortunately for Taito, High Way Race hit within the same 12 month period as several similar titles, all of which had superior mechanics, sound, and visuals. The most notable of these was Bally Midway’s iconic Spy Hunter, which was light years ahead from a technical and gameplay standpoint, leaving High Way Race spluttering in its dust. Spy Hunter would go on to become one of the highest-grossing arcades of 1983 and 1984, while High Way Race would fade into almost complete obscurity.

High Way Race is available to download now on PS4 and Nintendo Switch, priced at around $8.