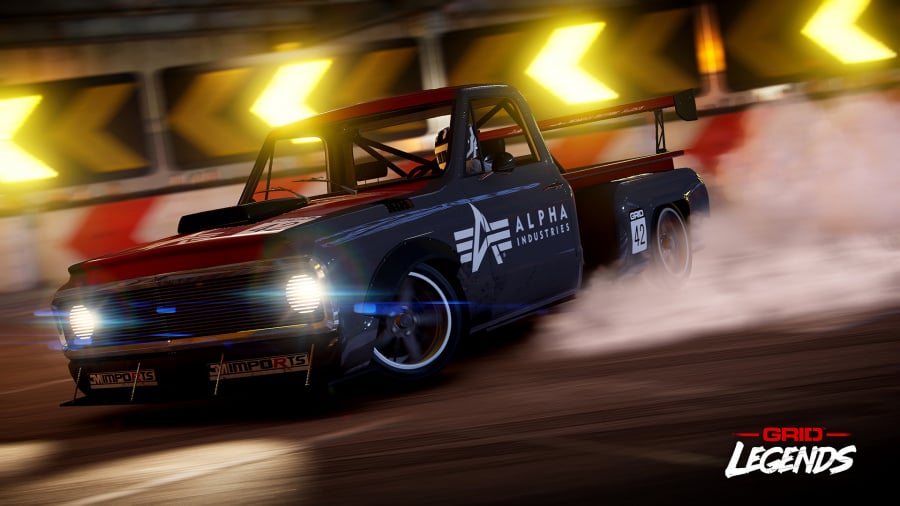 GRID Legends finds itself in a bit of a tough spot. Launching a racing game in close proximity to any competition can be a bit dicey, but Codemaster’s latest entry in the GRID series is releasing just a mere week ahead of Polyphony’s much-anticipated Gran Turismo 7. Considering the near nine-year gap since the last properly numbered Gran Turismo game, hype levels are understandably sky high; can GRID Legends rise above the noise and prove its own worth?

With a heavy focus on single-player gameplay, GRID Legends offers up a brand new Story Mode as its core feature. Here, you’ll take part in 36 events in total, each of which is bridged with a short FMV cutscene featuring the likes of GRID veteran Nathan McKane, and newcomer Valentin Manzi, played by Sex Education’s Ncuti Gatwa. To put it bluntly, the narrative told here is forgettable at best; it’s a tried-and-tested underdog tale in which you — as the mysterious ‘Driver 22’ — join the floundering Seneca team and must climb the ranks, beating out rivals like Manzi and McKane along the way. 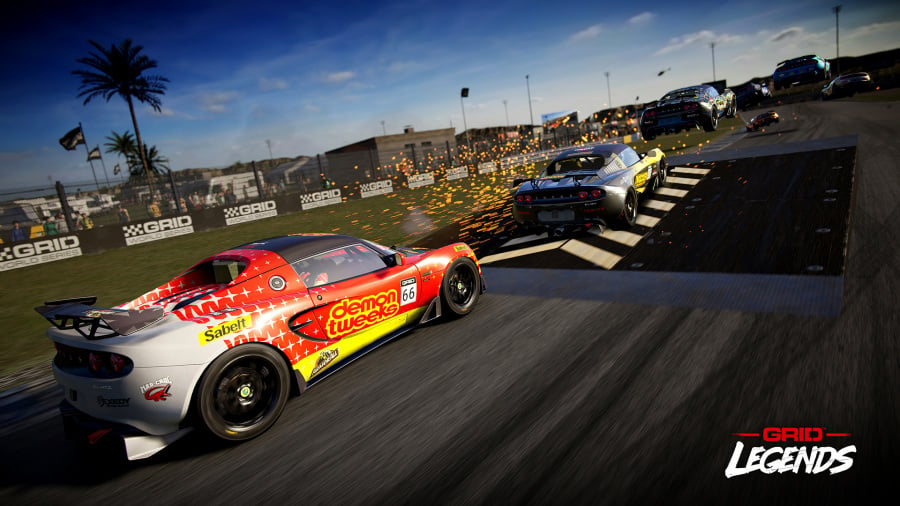 Each cutscene lasts roughly 1-2 minutes in between each event, dished out much like a documentary, with racers and support crew carrying out short interviews in addition to “behind the scenes” footage. The characters themselves are about as one-dimensional as you’d expect, with McKane in particular portraying the classic “top talent is an arrogant moron” trope. There’s a definite sense that the actors here are doing the absolute minimum for that nice paycheque, but of course, they’re only as good as the writing allows them to be, which is… mediocre, let’s say. The main problem, though, is that your own character doesn’t show up at all during cutscenes, so it’s difficult to get invested in the story when it’s never clear what your part is in it.

Despite this, the story events themselves are perfectly fine demonstrations of what Codemasters does best: pure, unencumbered racing gameplay. You’ll see all the familiar event types, including standard races, elimination, time trials, and more. The cars themselves feel great and you’ll be hopping around various makes and models as you progress through the game. Options to tune or upgrade your ride are slim, but you can adjust certain features to suit your play style, like gear ratio, springs, dampers, and more, all of which offer up their own advantages and disadvantages. Otherwise, the gameplay remains pleasantly accessible and chances are most players will simply leave the car setups as they are.

Aside from the Story Mode, you’ve got Career Mode making its return, featuring a boatload of different events to take part in, with races similar to those seen in Story Mode. It’s here, however, that you’ll find the most variety in the game, and it’s likely the mode that car enthusiasts will spend the most time with. In addition, the game lets you set up custom races with a reasonable degree of accessibility; full cross-play is available with GRID Legends, so if you’re up for some online play, the player population should be pretty healthy for a good while.

Now let’s talk about difficulty. If you’ve been playing racing games for a good while and know your traction from your suspension, you’ll want to crank the difficulty right up. It makes a huge difference to the events in Story Mode, which often require you to come in 10th place or higher to qualify for the next stage; accomplishing this on Normal difficulty — or heck, even Hard — is absurdly easy for the most part. It removes a lot of the tension from the game, particularly when the commentary is constantly pushing you to beat your rivals and they’re already several vehicles behind you. We found creating a custom difficulty to be the best option here, with features like damage and AI difficulty fully customisable. 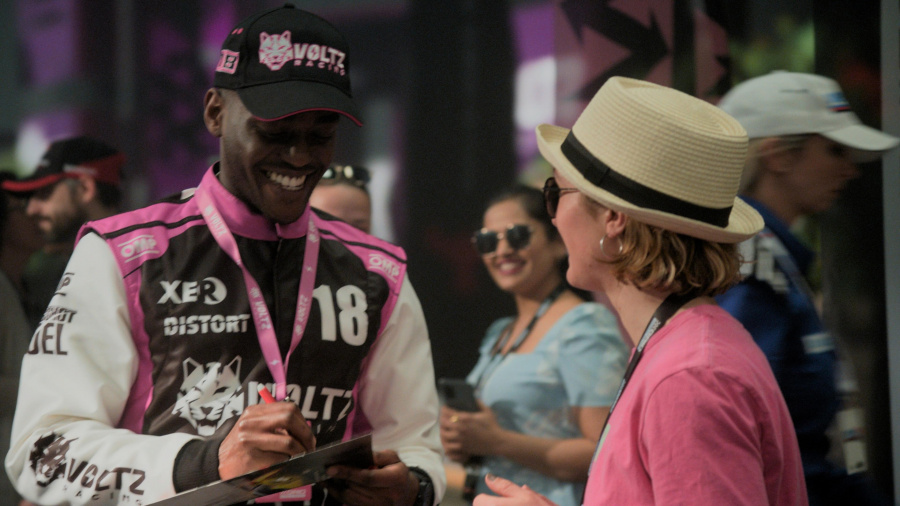 From a visual standpoint, GRID Legends looks pretty nice across the board. There are some minor hiccups like dodgy spark effects when encountering collisions, and the occasional slight stuttering of the camera if you hit any obstacles. There’s nothing here that looks bad, as such, but since we’re still stuck in the cross-generational limbo, GRID Legends doesn’t look quite as good as it could, or perhaps should, on the PS5 — it just looks fine. In terms of specific features on the console, accelerating and braking works wonderfully well with the adaptive triggers, providing nice resistance that feels engaging without distracting from the gameplay. On the flip side, the haptic feedback is a bit underwhelming, almost as if the devs were quite content with the standard rumble feature and just stuck with that.

The audio is a bit of a mixed bag. Cars sound great, as expected with Codemasters, but the music is generally quite underwhelming. The game’s main theme plays at every given opportunity, including the main menu and at the start of every single cutscene — it gets a tad irritating after a while. Similarly, dramatic music plays during the races in Story Mode; these are fast paced, high octane tracks that initially elevate the races quite well, but with only a few of them in the rotation, you’ll be hearing the same tunes over and over. Thankfully, music isn’t present in the Career Mode, and you can of course mute it entirely, should you wish to do so.

As a final shoutout, we have to commend Codemasters for the breadth of options available in the game. There are plenty of cars and tracks on offer as standard, but the sheer amount of customisation options available, from weather to car liveries, is genuinely impressive. You can also spend in-game currency to upgrade both your teammate and team mechanic, boosting your chances in races accordingly. Finally, you can apply a sponsorship to your team, which grants you specific challenges to complete during races, adding a nice optional layer to the normal gameplay.

GRID Legends is a solid new entry in Codemasters’ racing franchise. It features the same excellent gameplay you’ve come to expect from the developer, with some nice adaptive trigger implementation in the PS5’s DualSense. The game’s main draw — the Story Mode — falls short of providing a compelling narrative, ultimately amounting to a mere distracting backdrop to the true star of the show: the races. Visuals look nice, but perhaps not nice enough for the PS5, and the music is overall a bit repetitive and unnecessary. All in all though, GRID Legends is worth a look, but time will tell if it manages to hold its own against the competition.