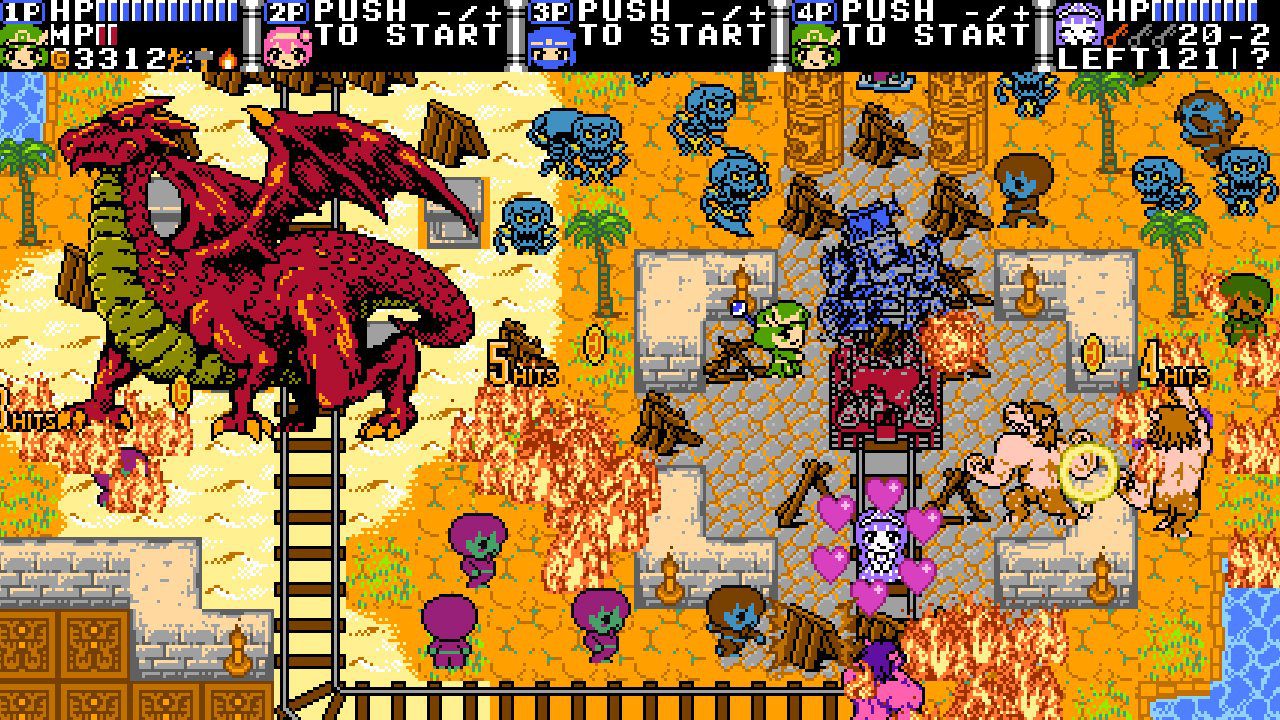 One of the most unexpectedly great gaming experiences I had on my 3DS was about five years ago when developer Ancient reached out to me with a delightful email asking that I give this game called Gotta Protectors a shot. It had just released a few weeks earlier, lost in the hustle and bustle of the weekly eShop drops. Too few sites were paying it any attention. So I opted to take a look at it and discovered what a wonderful and absolutely chaotic experience it could be. It’s one of the best games available on the soon-to-close 3DS eShop, and I can only imagine that its sequel, Gotta Protectors: Cart of Darkness, will be one of the best games available on the Switch eShop.

For those who may have missed Gotta Protectors on the 3DS–or its predecessor Protect Me Knight on Xbox Live–the series can best be described as a 2D mash-up of the action and real-time strategy genres. With its purposefully retro graphics, it can look like a mess in still shots, but in action, it’s a beautiful mess.

Gotta Protectors: Cart of Darkness originally released a few years ago in Japan. It’s been a long wait for it to hit western shores, but that wait is nearly over. Cart of Darkness will release in the Nintendo eShop on April 14. Of course, if you don’t mind waiting a little longer, there will be a physical edition of the game from Limited Run Games. Preorders on that open March 25.

B.I.O.T.A. has retro action and dozens of color palettes next month