The Queen TV-Game 2 starts with the distorted voice of a wistful woman. “I remember when we first met nine years ago. Love Hero was on TV.” Then suddenly, her nostalgia turns to bitterness.

“It got fucking canceled.”

Wait, did this random two-cent 3DS eShop exclusive just say fuck? The 3DS fucks now? And this is how I find out?

It takes a lot of guts to add fucks to an otherwise all-ages eShop title, cursing it with an M-rating and pushing away millions of potential buyers. On one hand, it takes integrity to stick to your guns like that. On the other, it’s totally self-destructive. Genuine, hopeless anger lies at the heart of The Queen TV-Game 2. I guess when the world is about to end — or in this game’s case, when the online storefront you call home is about to be shut down for good — nihilism comes naturally. Now, thanks to this 3DS eShop oddity, you can hear directly from your 3DS about how bad all that really feels. 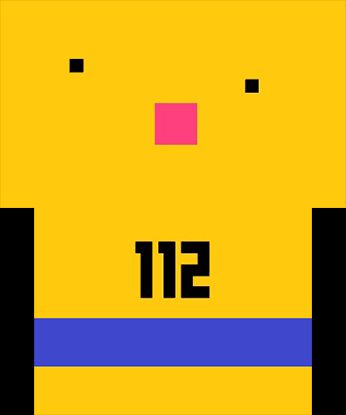 The Queen TV-Game 2 is actually the second-to-last of a series of four games on Nintendo consoles from Butterfly, an indie dev from Savannah, Georgia.

The first was Daikon Set, a 100% free Wii U eShop game from 2017. That’s another one you should grab before that shop closes down. Next was Love Hero, a $1.oo 3DS eShop game from 2019. Then came The Queen TV-Game 2, released in 2020, nine years after the launch of the 3DS. By that time, everyone knew the system was on its way out, but despite the futility of it all, Butterfly still squeezed out Gal Galaxy Pain in late 2021. It’s a $0.50 3DS eShop game about computer programming, Suda51, and misery.

When taken as a whole, the four games tell a story of a developer who’s sweet and optimistic at the start, then joyless and zombie-like at the end. The Queen TV-Game 2 is the bittersweet penultimate chapter in this tragedy, the one where the main characters are already infected, but they take one final pained swing for the fences before they succumb. I can’t think of a better send-off for an online storefront filled with amazing, unique exclusives that are about to become extinct.

Perseverance in the face of certain doom isn’t just the theme of the game’s narrative. It’s also the key to playing it. There are three levels, each with its own secrets, and all can kill you in seconds. The first stage sends two bouncing squares at you. You have to dodge them until the time runs out, coping with hypnotic repetition of their bounces and the constant risk of sudden death. Stage two is basically Pong but for one player, but with two bouncing balls instead of one. The third and last level is a little shmup where you have to dodge those goddamn squares again, this time while blasting a giant rabbit to death. 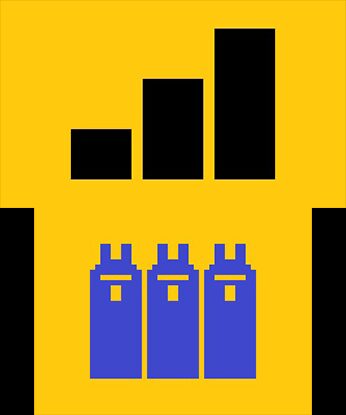 There are no lives. If you take a hit, the screen says “FUCK” for exactly half a second, then you either try again or give up. In the two hours or so that it took me to beat the game, I probably died 100 times. Like so many one-screen arcade titles of yesteryear, it might look like you could beat it right away — but for a long time, you just won’t. It’s harder than it should be, and that’s what makes it compelling. Every time I lost, I wanted to prove to the game, and to myself, that I wouldn’t let it win. I knew my brain could do it. I just didn’t know if it would be long enough for me to hear the queen’s final message.

It takes a lot for a game to inspire that kind of curiosity, and The Queen TV-Game 2 certainly doesn’t much have in the way of production values to help it get there. Every screen looks like programmer art. The music sounds like it was pilfered from a smooth jazz public domain library, and the mechanics are bone simple. But it all fits. Frankly, I might have felt guilty paying so little for the game if it looked and sounded more expensive. That would have felt like punching a kid while they were already down.

Instead, The Queen TV-Game 2 feels like it’s meeting me exactly where I’m at. I gave the developers my two cents, and they gave me theirs in return. They are pissed off, and they want to piss me off too, using frustrating in-game deaths to share their feelings about the death of the eShop. But they also share the peace they’ve made, accepting that all things must end; the 3DS eShop, video games, and everything in-between.

As the game progresses, the voice-over continues, and the fact that this really is the 3DS talking to you comes becomes unmistakable. “Things were easy when the TV was off,” it says. “No one will ever fucking play me again. You’ve all switched over and moved on, but it’s OK.”

I may have switched over, but I’ll always keep my 3DS close to my chest. I’m going to miss the 3DS eShop, and I’m so glad it had one big surprise for me before it blinks off for the last time.

Elex 2: Where to find Sunglasses