Food Truck Simulator is shaping up to be very tasty – Destructoid

I hope tacos are free DLC

If I listed the upcoming simulator games that are coming around the corner that I’m most excited for, Food Truck Simulator would be at the top. Food trucks are like North America’s answer to east Asian food stalls. They’re exciting places where salty food is just handed to you. Then you walk five feet and sit on a ledge because they’re not as convenient as food stalls.

The Food Truck Simulator demo — dropped as part of Steam Next Fest — is a tantalizing look at what DRAGO Entertainment will be serving up later this year. They’re the developer behind Gas Station Simulator, which I found to be an enjoyable little title. Food Truck Simulator felt like a concept that was too good to be true, but strangely, the demo suggests to me they might just pull it all off. 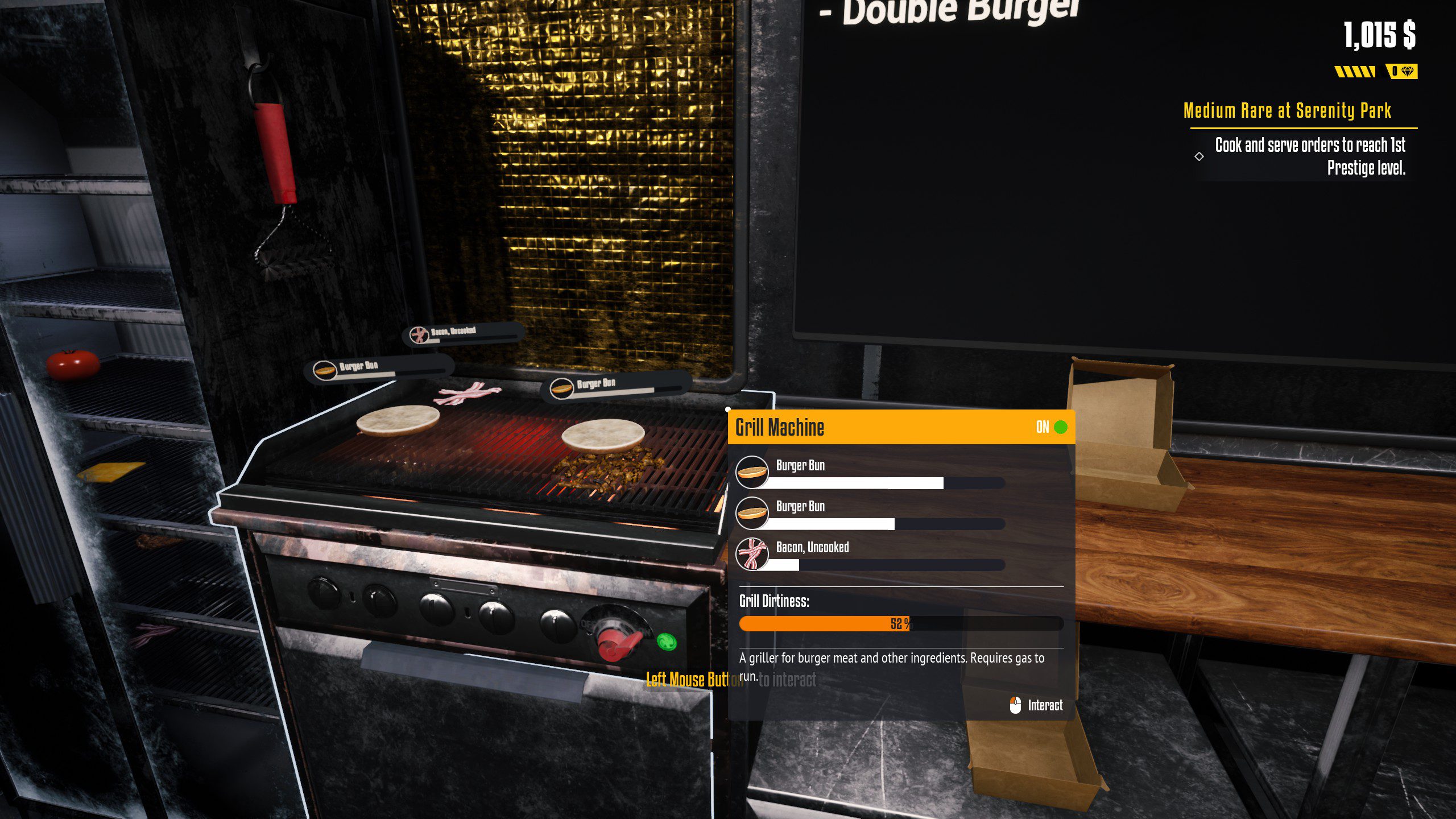 Your dad died or something, and he was big into food trucks. As the son of this food truck man, you feel responsible for taking over the family legacy. I guess that’s something people feel obligated to do, but the guy obviously stopped caring quite a while before death. The food truck is in ruins. It’s like he won a competition and moved on, so it’s somewhat strange this is an important endeavor for you. Then again, the narrative is probably not the central focus of Food Truck Simulator.

Your first order of business is restoring the food truck, which is really just an excuse to customize it. You then pick up some groceries, drive to the first location, and get ready to serve up some grub.

It’s then a matter of manning the grill. The cooking is the right mix of deep and simple. The grill needs to stay fueled, buns need to be cut and toasted, and the proper ingredients need to be slapped on before being handed to the fish-eyed customers. You start out with just burgers, but then you move on to fries. Each sometimes requires special care to get them to the right crispiness or done-ness.

Speaking of which, there are some sick folks out there. I guess I can handle mayonnaise or mustard on fries, even though, as a Canadian, it’s gravy and cheese curds on fries or nothing. However, I don’t know why anyone would want a burger “well-done.” Listen, the founding fathers didn’t die on the beaches of France so you could pervert beef. Unfortunately, you can’t force medium rare on every customer. Apparently, you need to respect their “opinions,” regardless of how blatantly wrong they are. 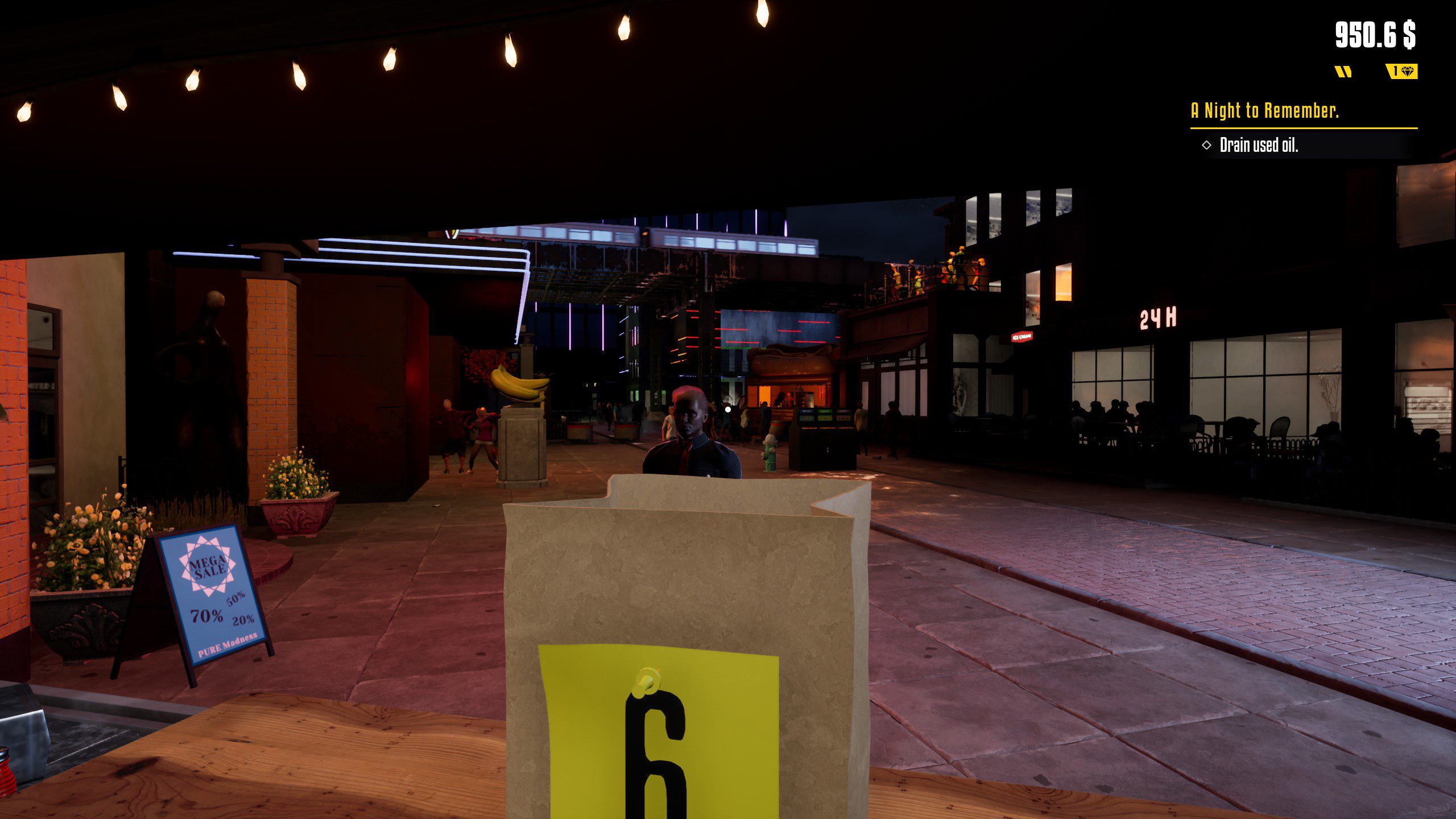 The demo fades to black with further hints on what’s to come. Notably, the antagonist from Gas Station Simulator vandalizes your truck and leaves you to burn in the garage. This can only be a narrative of fast-food revenge, and I am here for it.

What’s presented in the Food Truck Simulator demo, however, is very promising. It seems like all the pieces are there, and it’s just a matter of putting the really greasy picture together. I ran into some bad performance issues, especially while driving, but it’s something that I have faith can be sorted out for the final release. For that, we only have a 2022 ETA to go by, but you can bet I’ll be gassing up the grill for when it finally drops.