When I first heard about Stranger of Paradise: Final Fantasy Origin, I was that person in the back of the room who was floored. While people were rioting about the strange cast and making memes out of how many times the main character said the word “chaos” (it was around 5,000), I was thinking about all of the joy I got out of Team Ninja’s recent Nioh-fueled resurgence. Team Ninja ruled the action roost along with Capcom at one point, and it’s great to see them back in the conversation.

I’d count Stranger of Paradise as helping push that aforementioned resurgence, but I have no doubt that some may disagree. Let’s talk about it. 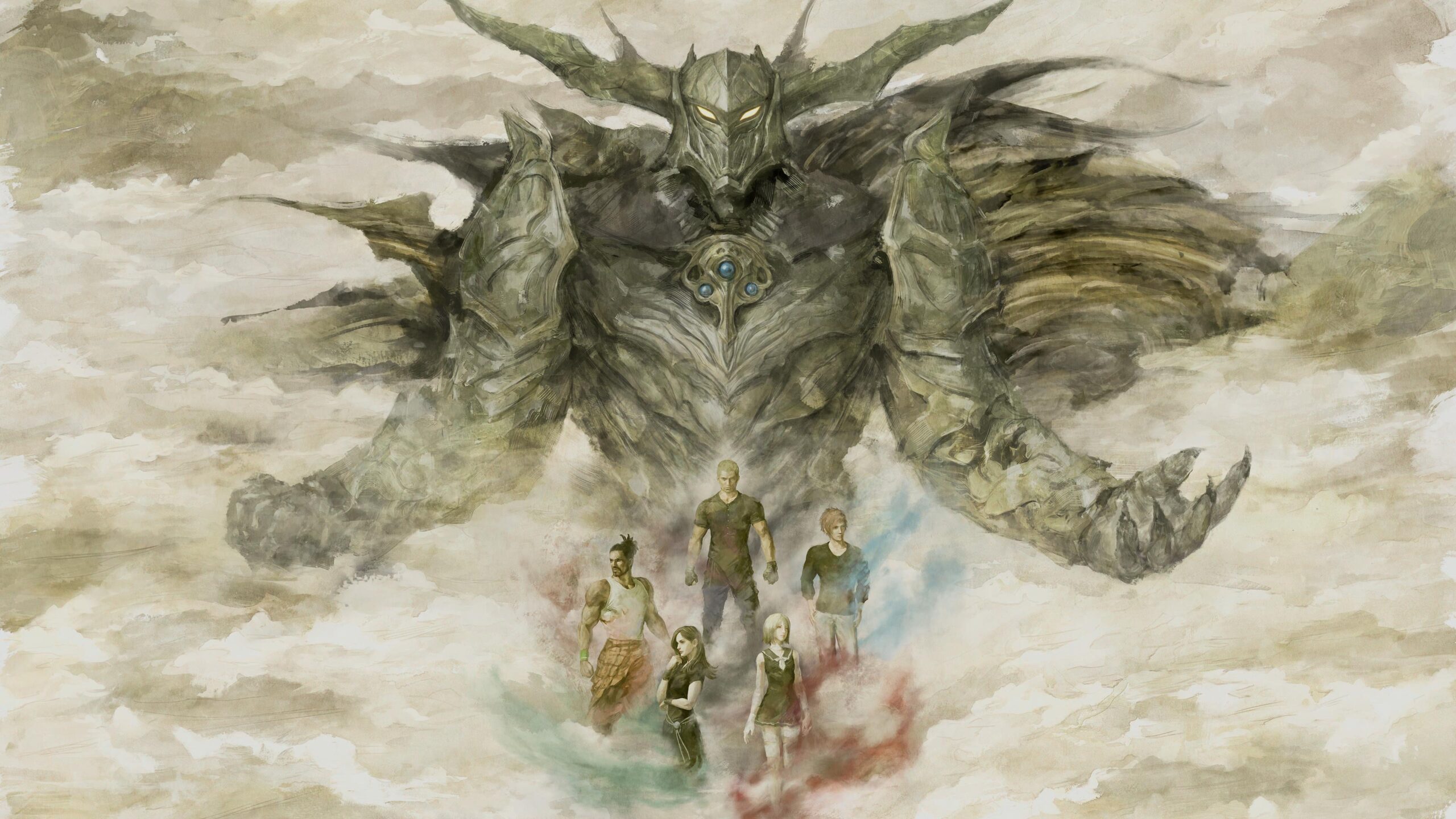 It’s easiest to start with the whirlwind of story and concepts this game puts forth all at once. So Stranger of Paradise is kind of a re-telling of the original Final Fantasy, but with an action-first focus. The job system is intact, and it’s linked to frame-perfect dodging, blocking, and lots of other staple action mechanics. The “re-telling” is a roller coaster. It plays fast and loose with some source material, oscillating between elevating it and truncating it. It’s hard to really elaborate without talking spoilers, but like any game Nomura touches, there are conversations to be had at some point.

The gist is that protagonist Jack Garland and his band of heroes (at first, the stoic Jed and the quippy Ash) are tasked by the king to purge crystals of darkness and are potentially looking to take out “Chaos” — an evil which may or may not exist. Jack is obsessed with defeating chaos, and like many huffy anime heroes before him (notably Guts from Berserk), he gives everyone guff about it, even his closest friends.

You start off a little ways into Jack, Jed, and Ash’s foray into this fantasy land, which helps and hurts the framework of what comes afterward. In one way it adds a little air of mystery to it. In another, I kind of wish it had a full King Arthur and the Knights of Justice setup (what a callback!) where we follow them from the very start, or close to it. It takes some time to acclimate to their predicament, but a lot of you will get there, and the lack of upfront info does matter in the end. In spite of the marketing, Jack isn’t nearly as insufferable as he seems. The cast making light of him being a dick adds a lot of levity, and yes, there’s lots of talk about Chaos at first.

It’s often silly, and the characters perhaps best encapsulate that silliness. The core voice cast performs serviceably to great, even when they’re delivering some of the more over-the-top lines (which are mostly from Jack). There are a lot of character-based moments, and some light ones, all of which come together to shed some light on this particular universe. Nearly the entire game is fully voice acted, and little things like a king’s assistant jotting down the first line of a recount of your journey, or the party banter, can bring a smile to my face. The same goes for cutscenes, which are acted out with the full current equipment for each party member.

The influence of Tetsuya Nomura (who created the “stranger” idea and designed the characters and produced for the game) can be felt throughout. It’s so Nomura, some of you might not stand it. I’m going to put this out there: I love him, zippers and all. I feel like he often does things a lot of developers wouldn’t dare to, for better or worse. And Stranger of Paradise is definitely strange, but in a way that I resonated with. As you can tell from the fields of gold in all the trailers, you’re going to get a lot of mysterious conversations in an “Elysium-adjacent area” straight out of games like Kingdom Hearts.

Like Nioh, it’s also level-based, with the ability to engage in “sidequests” (which you can view by pressing R1/RB while highlighting missions) that let you go back and accomplish some remixed task via a different route (with mostly the same layout). Everything can be navigated through a text-based world map, where you can change the difficulty at will, chat with some NPCs, upgrade weapons, and either take on sidequests or go on to the next story mission. The stages themselves aren’t too sprawling and mostly err on the side of linear; akin to the original Phantasy Star Online at first, then some Devil May Cry design (with light puzzles) by the midpoint. Although some layouts can feel a little too small for my taste, I didn’t come across one stage I outright didn’t like, which is impressive.

Unlike other recent games in the action-adventure genre, Final Fantasy Origin has three difficulty settings: story, action, and hard. They can be changed at any time on the world map, and altered in-game so long as you do it at a save/rest cube [bonfire], and you’re okay with not reverting back to a higher difficulty until the end of the stage if you tweak it down. In other words, it’s pretty relaxed — the story difficulty is accessible, the middle tier isn’t insurmountable, and action veterans may even want to jack it up to hard early on. Multiplayer exists, but thankfully it’s inconsequential and is simply a way to add people to the campaign mode: it’s not balanced around it in any way.

There’s a good amount of enemy variety to open up combat, consisting of a lot of reworked designs from older games that mostly feel fresh. Bosses are extremely fun to fight, especially on action or hard difficulty. They’re extravagant, multi-phase, cinematic slugfests that are just plain fun to play. Loot I have a kind of take-it-or-leave-it stance on, similar to Nioh. There’s a clear sense of progression with rarity levels (white, green, blue, purple, and so on), but by and large, the “auto-equip” button is the path of least resistance to stay out of menus and in the action. When you hit the loot cap and need to move stuff to storage or transmute it, it does get annoying — but I only had to mass purge my inventory twice throughout the entire runtime. 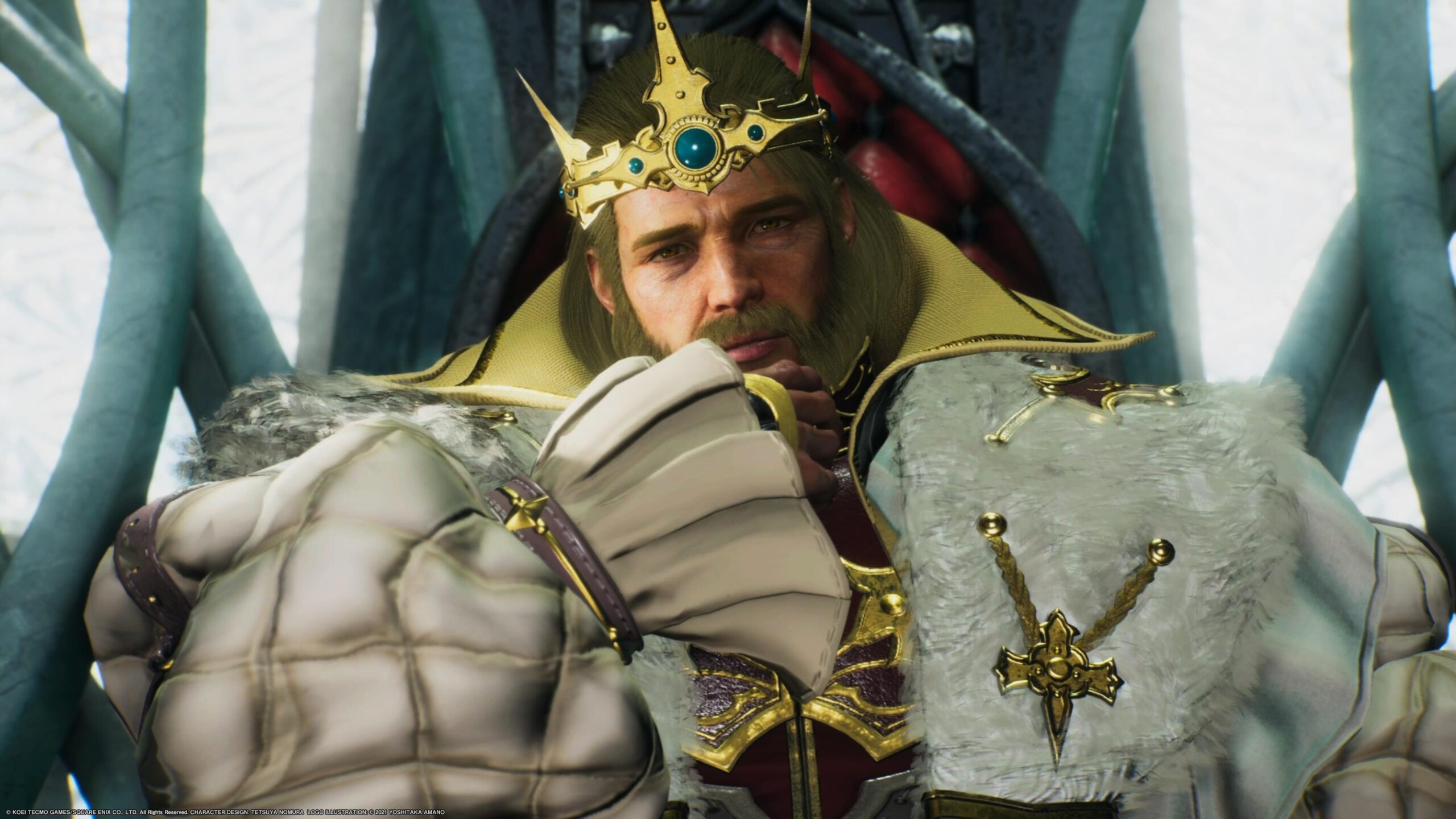 The clear throughput of Stranger of Paradise, for me, is the strength and variety of the combat system. So in addition to blocking, dodging, and using job-specific abilities (more on that later), you also have the soul shield system. Think of it like a fighting game-esque “perfect block,” queuing up a magic shield that’s governed by a meter that also doubles as a stun mechanic for Jack. If you pull it off successfully, you can sap MP (and grow your MP bar), which lets you in turn trigger more abilities. If you use it perfectly on an enemy ability, you can suck it up like a Blue Mage and throw it back at them. Then there’s the finishing ability (soul burst) that lets you grab staggered foes and clinch them into oblivion, which rewards MP in turn.

During all this, your allies will generally do things, but the extent of their interaction in combat is to tell them when to go crazy. Once I started gaining the power to customize their jobs (through set ones handed out through story progression), they started to feel like they mattered more. I love how optional a lot of these facets of combat are. Even on normal, you can get by most fights with keen dodging skills and a good command of your currently selected jobs. But if you use everything together, you’re going to have a much better time. All of the core mechanics funnel into each other with a risk-reward system at the forefront, as whiffing or overplaying your soul shield hand can be dangerous.

It didn’t take me long to fall in love with this system. It’s fast and so open that you can kind of bend it to your will, and some loadouts can even use combos or pick and choose what they want to focus on. I have to stress this: the sheer amount of jobs available in Stranger of Paradise is a big reason why it all works. Early on you’ll get a feel for the swordsman, pugilist, and mage jobs, all of which offer distinct playstyles — slow and steady power, swiftness, and ranged — on top of their other ability-based nuances.

Then you start to unlock more. And more. And more. The axe-wielding Marauder job can charge up every attack and soak while charging with super armor (which prevents flinching). The Warrior’s big power is a battle shout that slowly recovers HP, and they can utilize a variety of weapons, which have a stark contrast to an axe-focused playstyle. On top of all this, you can swap between two jobs while in combat, chain cancel job abilities, and create combos where each job plays off one another: this should have been the key focus of all of the game’s marketing. 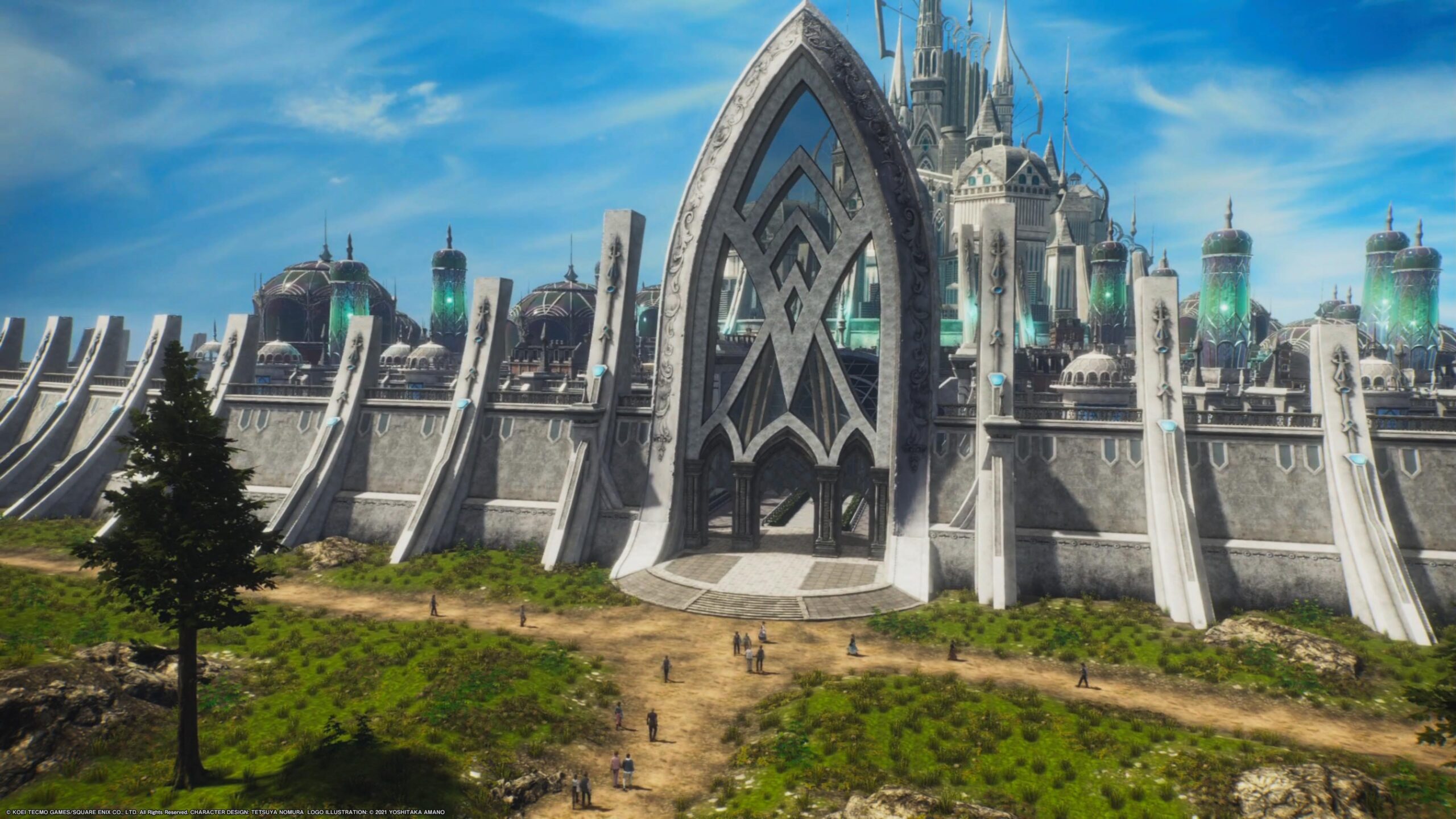 One of my favorite choices to make is whether or not to greedily go for another job unlock or focus on the one I have. Usually, I try a mix a bit of both, with an offclass that features an upgraded path eventually, with my “main” job as what I know the most. Stranger of Paradise hands them out like candy, and even though you need to work to unlock the higher ones (by completing at least one path down a tree for three other jobs), the early and mid unlocks will provide more than enough potential for experimentation.

As an example, toward the end, I gravitated to a Paladin and White Mage combo, focused on healing and buffing. The latter would apply party-wide buffs like haste (faster attacks), shell/barrier (less damage from magic and physical attacks respectively), and regen (recover health over time), while the former would use its core ability to leech health by attacking if I got in a pinch. It cut down on my need for potions and made my build more sustainable. It was a thrill to discover this all on my own, and I’m sure people will find crazier combos. (Dark Knight and Paladin have potential, too.)

I can see reviews and takes flying all over the place for Stranger of Paradise, easily. It’s not for everyone, despite how much the Final Fantasy name might bring people in. It’s a Team Ninja action game first, and an oddball isekai story second. It’s also one of the weirdest games I’ve reviewed in a while because it speaks to me in a lot of ways, but it wears its flaws on its sleeve. Go in cautiously if you want a new action game to sink your teeth into.