Exoprimal is a new dinosaur-juggling action game from Capcom

EDF and Pacific Rim vibes all the way

Expect the unexpected for State of Play streams. When we hear there’s a Japan-centric PlayStation showcase, we immediately think of Final Fantasy XVI. But right off the bat, we got a new game announcement from Capcom. They’re making another dinosaur game! But it’s a new IP called Exoprimal. We were so close, Dino Crisis fans. So close!

The debut trailer included an android sharing the day’s “dinosaur forecast,” followed up by a hoard of raptors spilling from the sky, so the vibe is pretty out-there.

With the framing of the trailer, it looks like a big focus is playing with different exosuits and making the most of their distinct abilities, which makes sense in today’s co-op-loving climate. On that front, the footage included some fine-print about needing PS Plus for online multiplayer. In Capcom’s post-show announcement, things got… interesting. 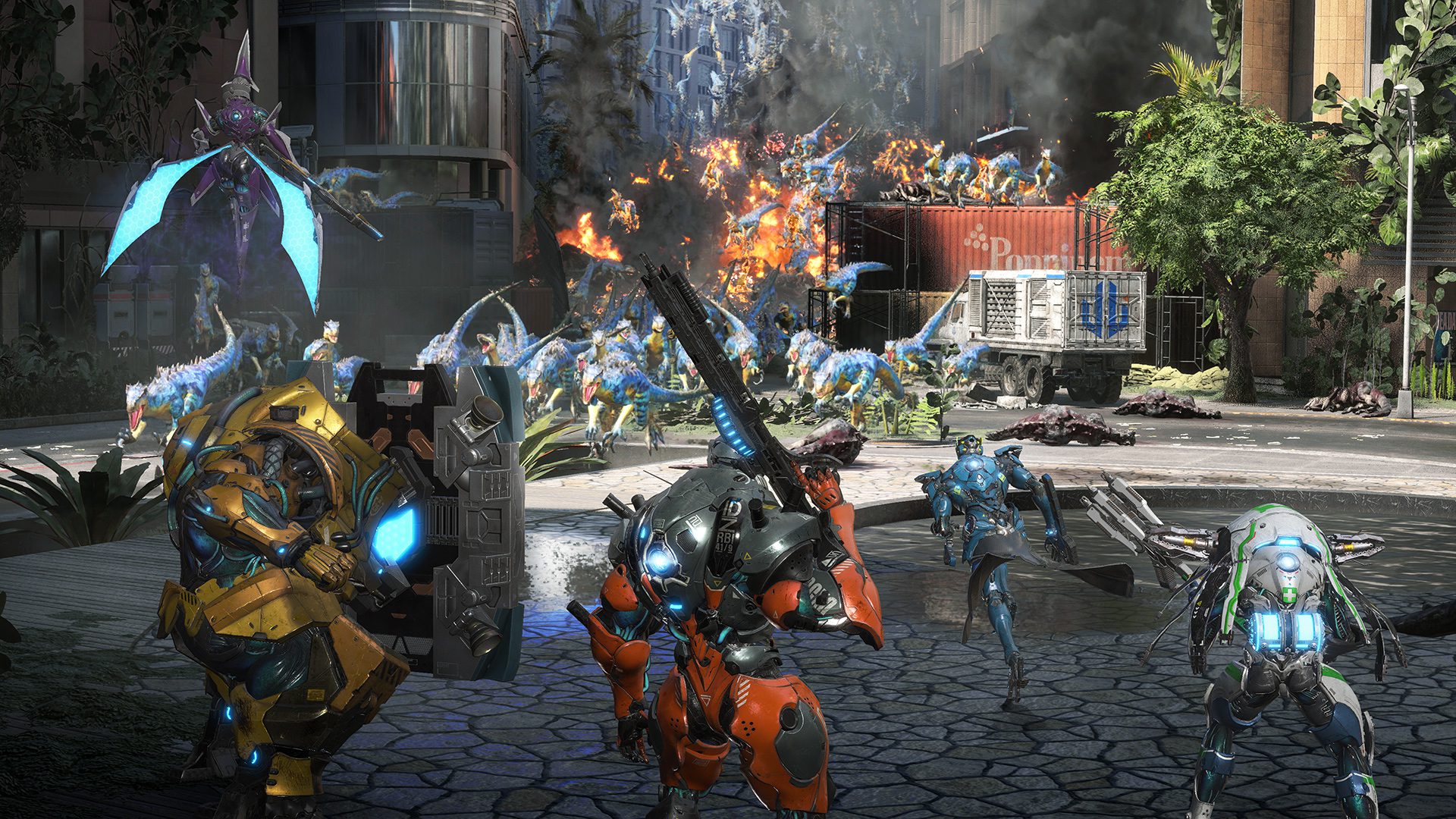 “In the game’s main mode, Dino Survival, teams fight for every breath against countless dinosaurs while racing to complete missions before rival squads in 5v5 matches. A dynamic mix of objectives keeps players on their guard and ensures each match is different form the last. Exofighters will need to stay on their toes as hunts transition into precious cargo deliveries or desperate last stands against relentless assaults. Opposing teams are even given opportunities to tackle adversaries head-on and impede their progress.” We didn’t get any of that from the first trailer, so uh, huh.

On the PlayStation Blog, Capcom notes that players can swap suits “on the fly.”

Exoprimal is coming to PS4, PS5, Xbox, Xbox One X/S, and Steam in 2023. At first glance, it looks like EDF with dinosaurs, which rules (in theory). Earth Defense Force is such a singular creation, with such a particular tone and form of jank, so whether that’s the actual gameplay vibe we’re getting remains to be seen. And I would’ve preferred straight-up PvE.

This game stands out as a “where did this come from?” curiosity in Capcom’s lineup, even next to something like Pragmata. I hope there’s a beta with honest-to-goodness runway.