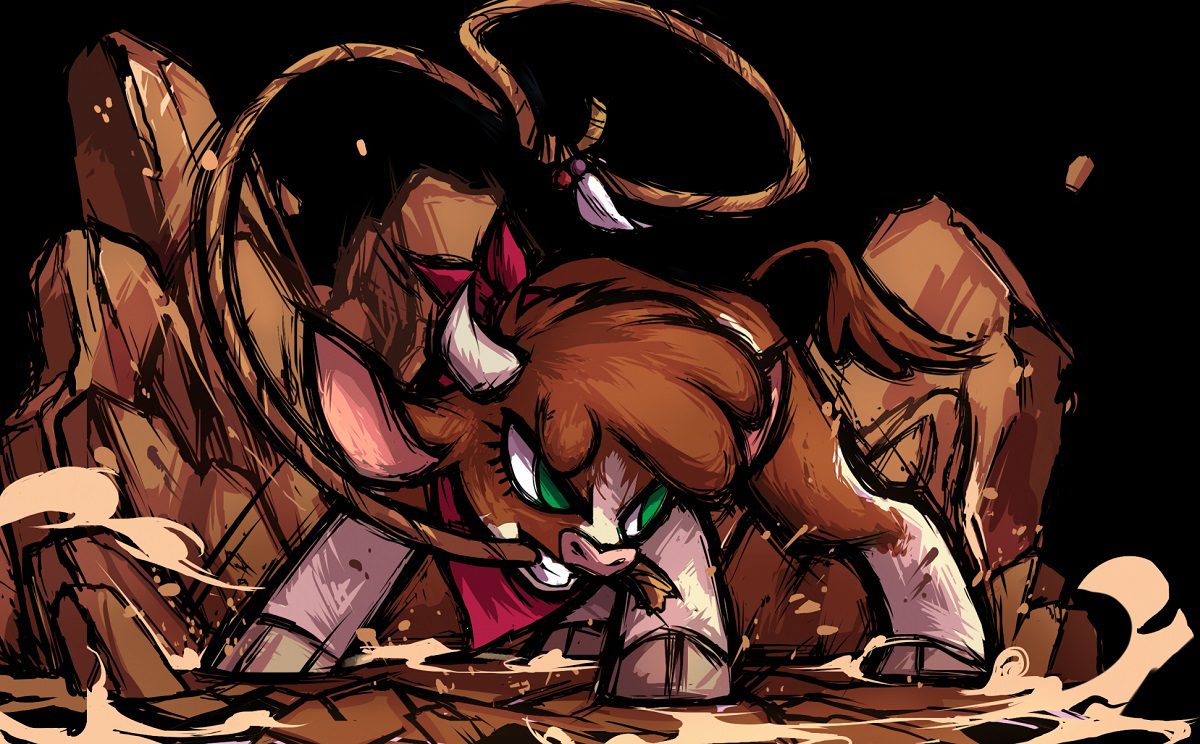 The Entertainment Software Ratings Board (ESRB) has dropped a new listing for pony-punching slugger Them’s Fightin’ Herds, suggesting that the great indie fighter might be in line for an official retail release on PlayStation, Xbox, and Nintendo Switch in the near future.

A title with an extremely complex history, Them’s Fightin’ Herds started out as unofficial fan game Fighting is Magic, a one-vs-one fighter based on the excellent My Little Pony: Friendship is Magic TV series by Lauren Faust. After Hasbro’s legal team came a-callin’, the title was reimagined with original worlds and characters — approved by none other than Faust herself — and would eventually launch on Steam in April of 2020, following a two-year Early Access period.

Since its launch, developer Mane6 and publisher Modus Games have continued to offer solid support to the niche hoof-smasher, adding new mechanics, modes, stages, and characters. Them’s Fightin’ Herds — while not the most popular brawler on the block — has developed a passionate and dedicated fanbase, and is acclaimed for its cool cartoon visuals, deep anime-style combat, and excellent online connectivity.

A console release would only further open up the title’s anthropomorphic action to a wider audience, while offering the developer better finances with which to expand the title or fund a potential sequel. As such, the ESRB rating comes as exciting news for the TFH community. We’ll be sure to give you a heads up if there is any official word from the Mane6 crew.

Them’s Fightin’ Herds is available now on PC via Steam.