Don’t worry, nothing amiss at all about this piece of treasure

Elden Ring has seen a lot of new Tarnished litter the Lands Between over the last weekend. Many players kicked off their journey last Friday, and if they decided to venture east from their starting locale, they probably ran into one of its best early tricks: a totally normal rat cave.

Once you’ve cleared the tutorial cave and made your way out into the great wide world above, it’s mostly up to you how you’d like to progress. Sure, some signposts are there if you want to follow a determined path. And you might want to avoid the big fella and his lumbering steed.

Me? I went east, and fought some pretty normal enemies. Some big bat monsters and an oversized dragonfly. A group of human-ish enemies and their meddling pups, feeling as right in Elden Ring as they would in the middle of Bloodborne. After I cleared out their campsite, I noticed a dip in the ground; some stairs, leading to something, and I had to find out what.

FromSoftware are no strangers to oversized rats in a cave. And unlike the other dungeons I’ve found in my early hours with Elden Ring, this was not a multi-room or puzzle-driven affair. It was just a room, with some rats. And at the other end of it, there was my prize: a glorious chest, filled with potential boons to help me fell that big guy roaming about outside.

If you’ve opened this chest already, well, you (quite literally) know where this is headed.

FromSoftware are also no strangers to traps and treasure chest surprises. Everyone remembers their first mimic. But rather than being greeted by a gnashing maw of teeth, I got blasted by a fog. A whiff of hazy gas drifted out, and I was soon spirited away.

When the screen loads back in, I’m in a shack. Venture outside, and miners are toiling over crystals. Giant crawfish-like creatures stand watch over them. It is strange, to say the least. I’ve seen fantasy monsters already, but this feels alien, nigh-extraterrestrial. 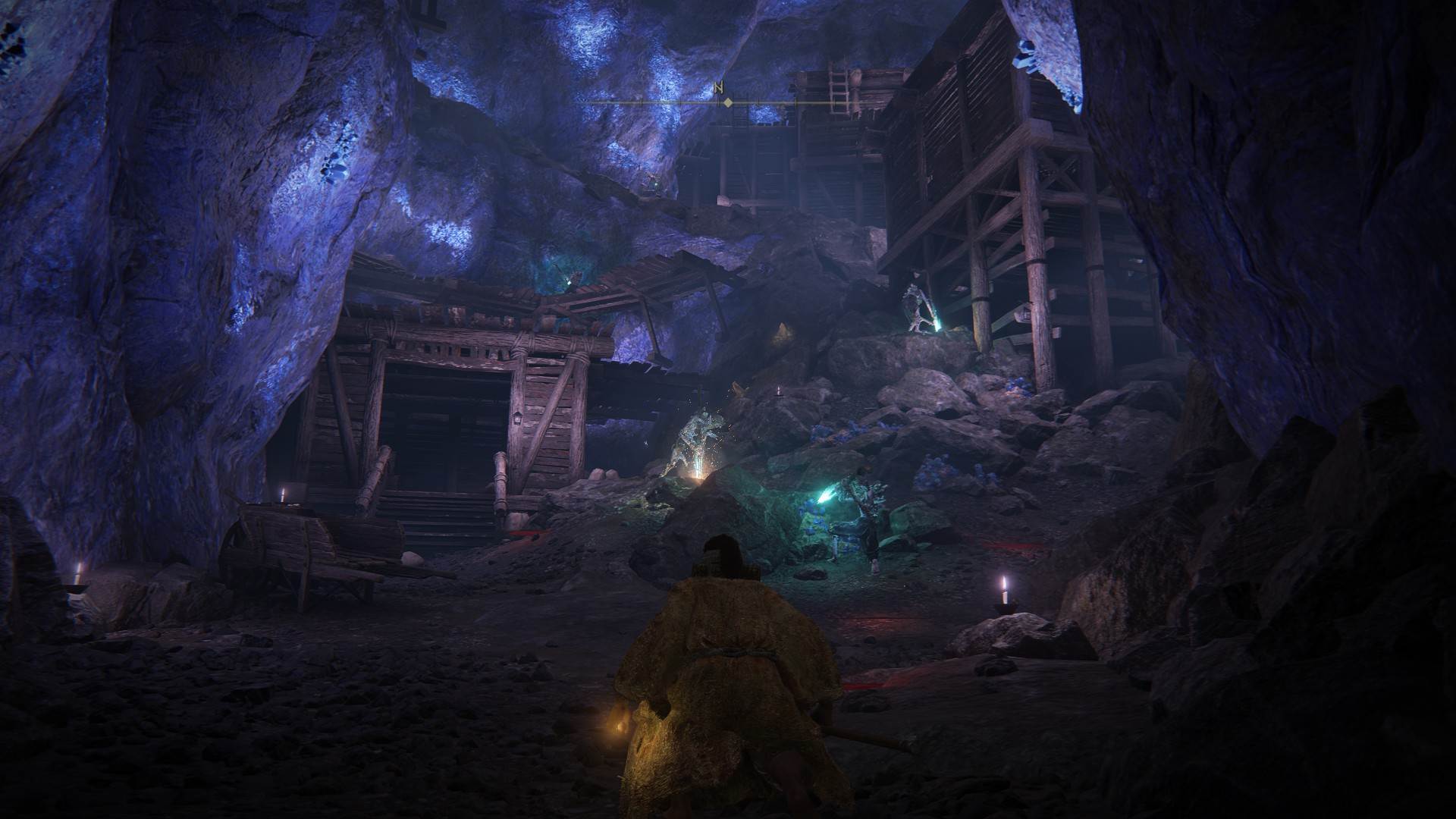 While I’m staring at it all, the guards notice me and proceed to riddle my body with volleys of spikes. Okay, I thought. Best not go through that chest again. I’ll just let those runes go and—wait, I’m not back at a site of grace. I’m still in the shack. Oh no.

The next few lives of my poor, poor Tarnished are spent making desperate runs for an exit. After picking up some items and avoiding the horrors within the mines, I find a lost grace. And after kindling it, I walk outside and see this place. Where the heck am I? How is this, this crimson-skied landscape replete with festering organic mass and toxic rot, adjacent to the verdant hills I had just been on?

What’s communicated in this interaction is, in my opinion, a crucial piece of what Elden Ring is. Not Souls games or FromSoftware’s catalog, though there’s certainly overlap, but Elden Ring. This world is massive. It is filled with biomes, each telling a new piece of the greater puzzle. 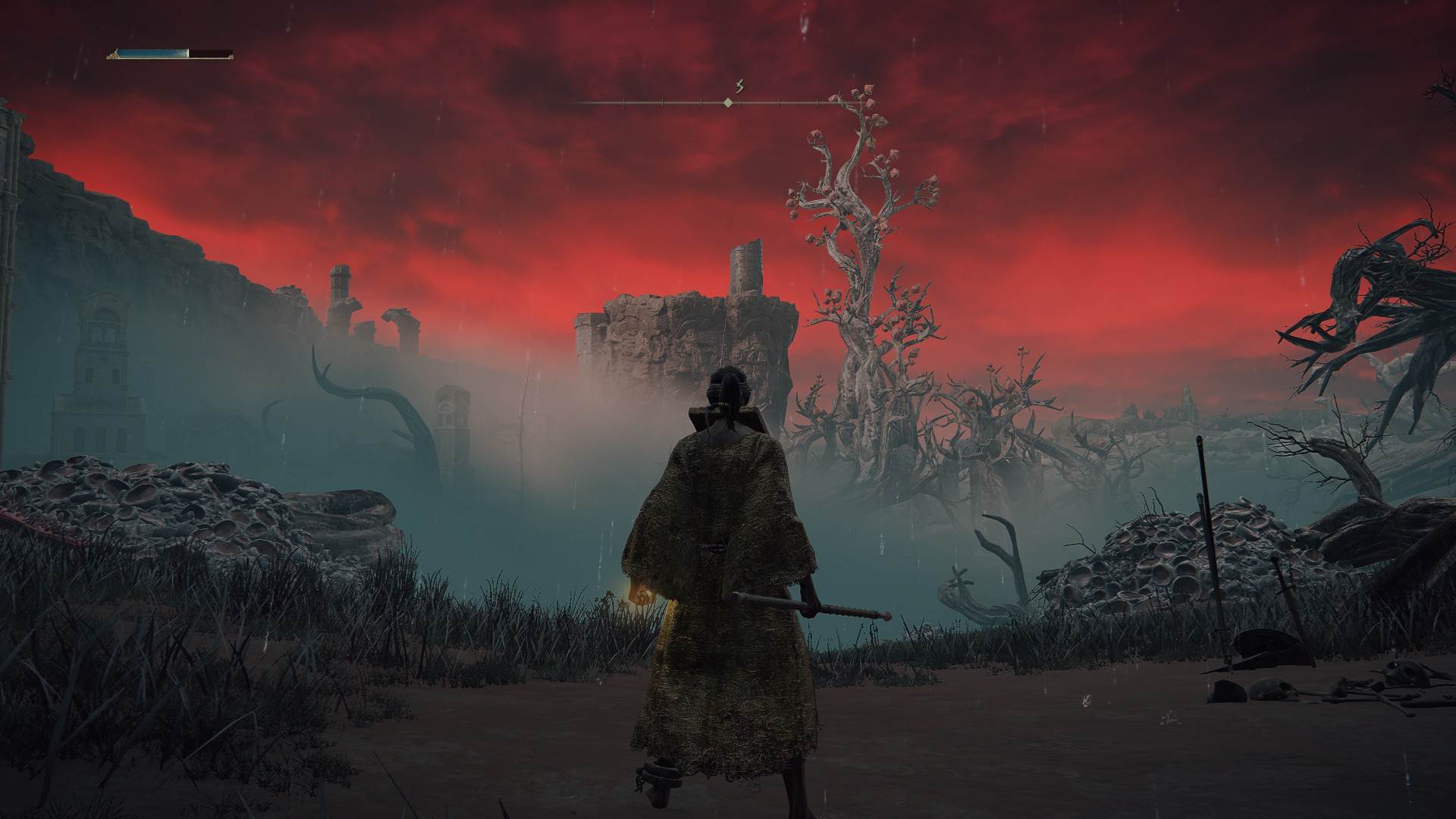 It is one you can explore to your heart’s content, but it will not always accommodate you. Galloping around the scarlet swamps and up cracked hills, I learned to dodge incoming fire and charging enemies. Yes, I could be here. But being here is a risk.

Ultimately, after unlocking a few more rest sites and seeing more of the land, I went back to the first area of Elden Ring. I resumed tackling what most other players have in their first hours. That initial experience set the mood from the get-go, though.

Now I know that I’m free to explore, in a world much larger than I had first expected. I know things will not always be what they seem, and there are greater enemies over any horizon. And yeah, I should probably be careful about opening chests from now on.

Elden Ring: Everything about Gestures