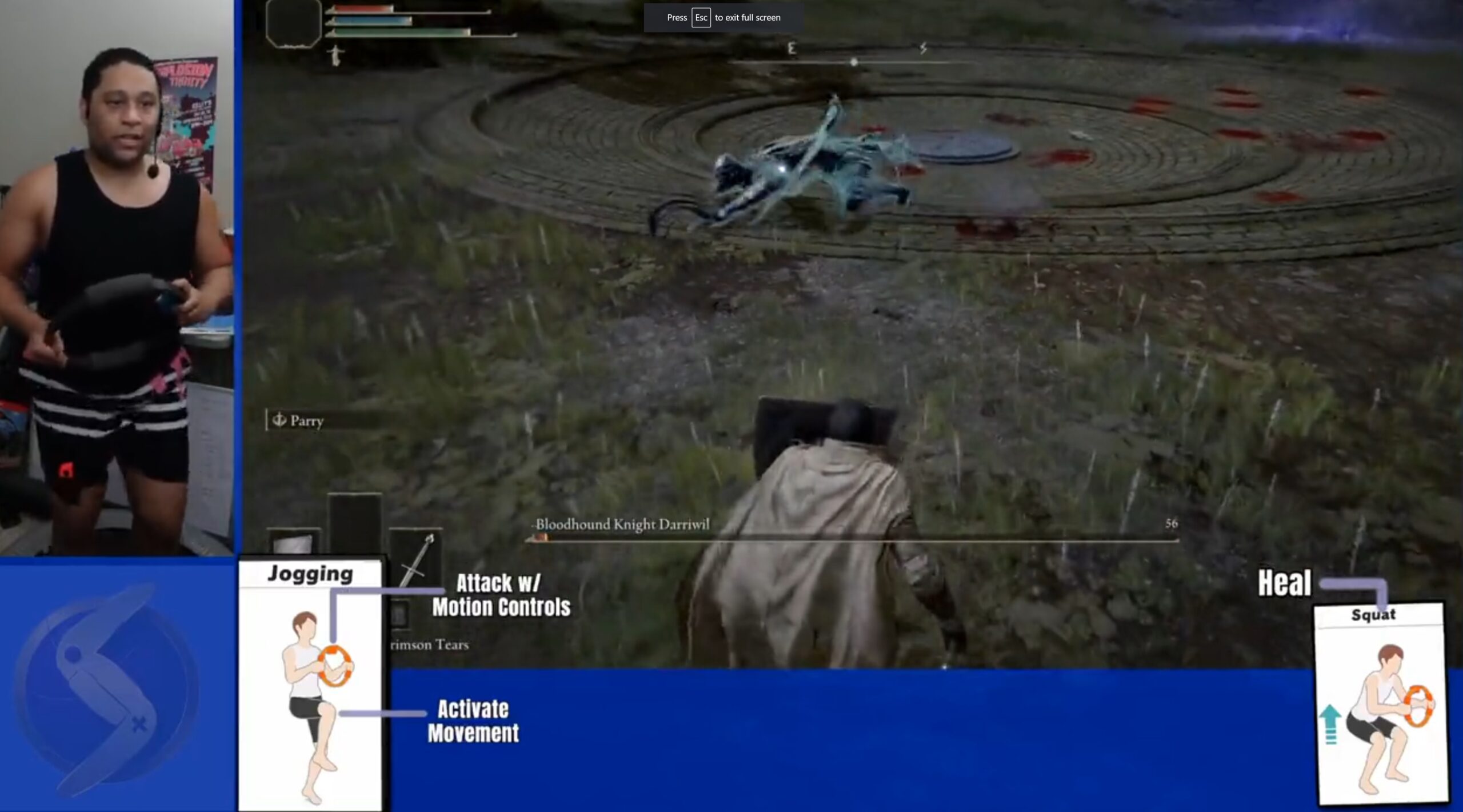 Elden Ring, by many counts, is another successful launch for From Software. The game has been making headlines since it came out, and naturally, we’re onto the “people playing a Souls-like with wacky controllers” phase. That includes a display that I am dubbing “Elden Ring Fit.” You love to see it.

This particular instance is from SuperLouis_64 (who has changed their moniker to “Tarnished” in honor of the descriptor of Elden Ring‘s hero avatar), who is using the Ring Fit Adventure controller to navigate the game. In the below video Louis_64 is fighting the Bloodhound Knight Darriwil: one of the first “Evergoal” minibosses, who was also found in the game’s beta. They kill it!

“I would greed but it’s not worth it” is so relatable. Louis_64 is talking about going for the greedy “last hit” in a Souls-like, where you can finish off the boss, but nine times out of ten, it’ll hit you with a combo or heavy hit and take you out instead.

You might recall that Louis_64 has been doing Ring Fit controller videos for a while, including a series on Dark Souls III.

How long until we see a “no-hit Elden Ring final boss run with a banana?”

WE BEAT A BOSS FIRST TRY