If you’re paranoid about pumping upgrade items into something, take a look at what it requires

Knowing how to navigate the Elden Ring gear upgrade system can be nerve-wracking.

Having played these games since the start, I totally know the feeling of not wanting to upgrade, well, anything, out of fear of losing valuable resources. While that might be true near the start, that concern is alleviated later on due to several factors. Let’s talk about those for a second.

[Note that this article has very minor spoilers for the name of the game’s hub, which you encounter very early on, as well as images of items: the names of them have been crossed out just in case as a courtesy.] 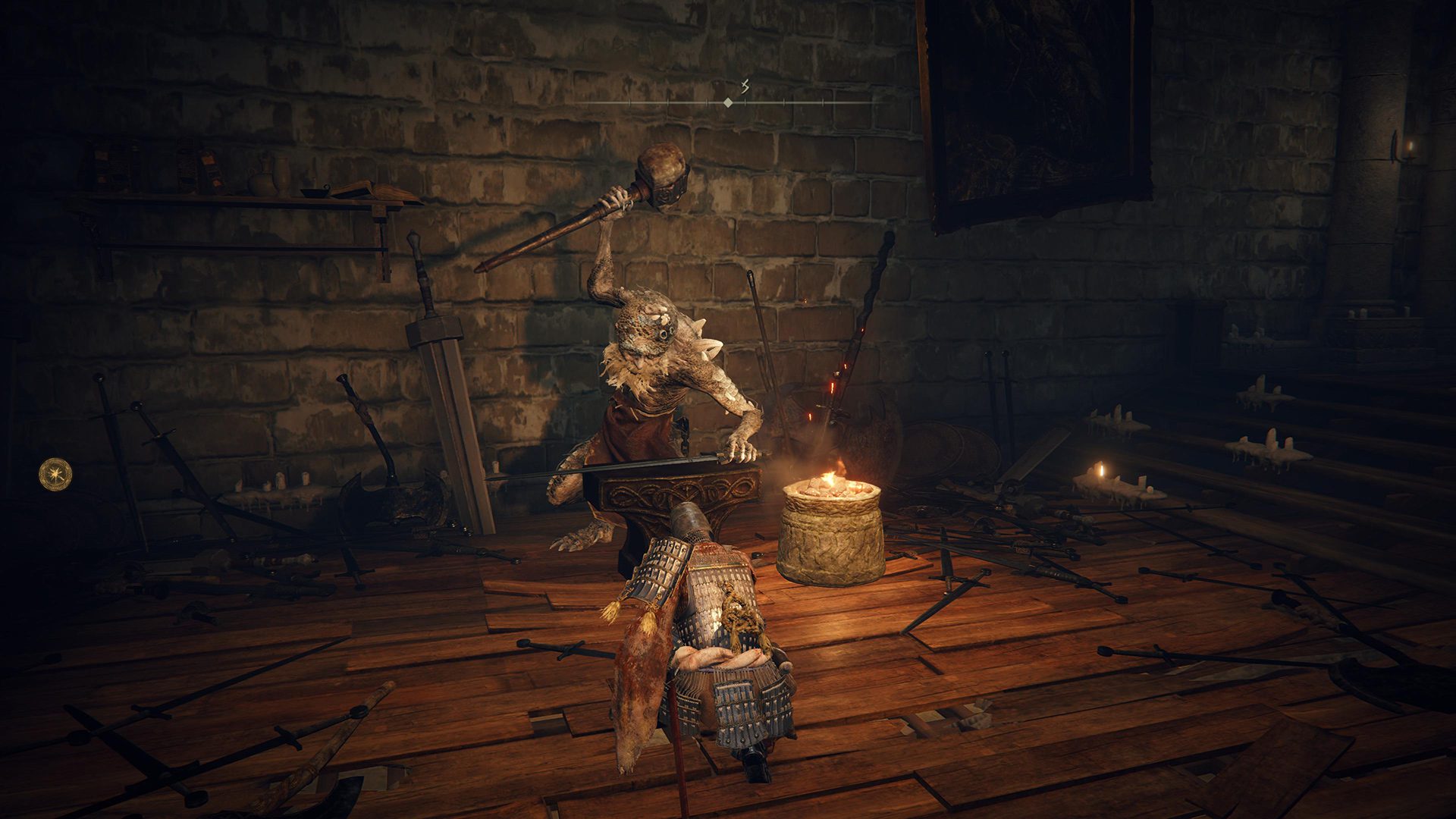 How to upgrade items in Elden Ring

So the simplest way to “pump up” gear, from swords to shields, is through the blacksmith. They can be found at the Roundtable Hold: the hub zone that’s disconnected from the rest of the world, which you’ll discover very quickly as part of the main story (if the maiden doesn’t whisk you away to the hold at a Site of Grace [bonfire], then you’ll get it after beating the first “main” boss right before the castle).

For your basic items, in this case let’s use a broadsword that you start with, you’ll upgrade them using smithing stones. The first upgrade will require a few smithing stone [1] items, then smithing stone [2], and so on, up the chain. Stones are found in random places throughout the game, as well as in caves, and the level of the smithing stone is typically dependent on the power level of the area you’re in. So in the first zone you’ll find a lot of smithing stone [1]s, and in later zones you’ll be able to gather [4]s and [5]s and so on.

To find caves, you’ll need to locate them in the overworld. They’re typically near mountains, with entrances in said mountainside, but you can also spot vague indentations of caves on the map with red circle outlines. These are by far the most efficient places to look for smithing stones. 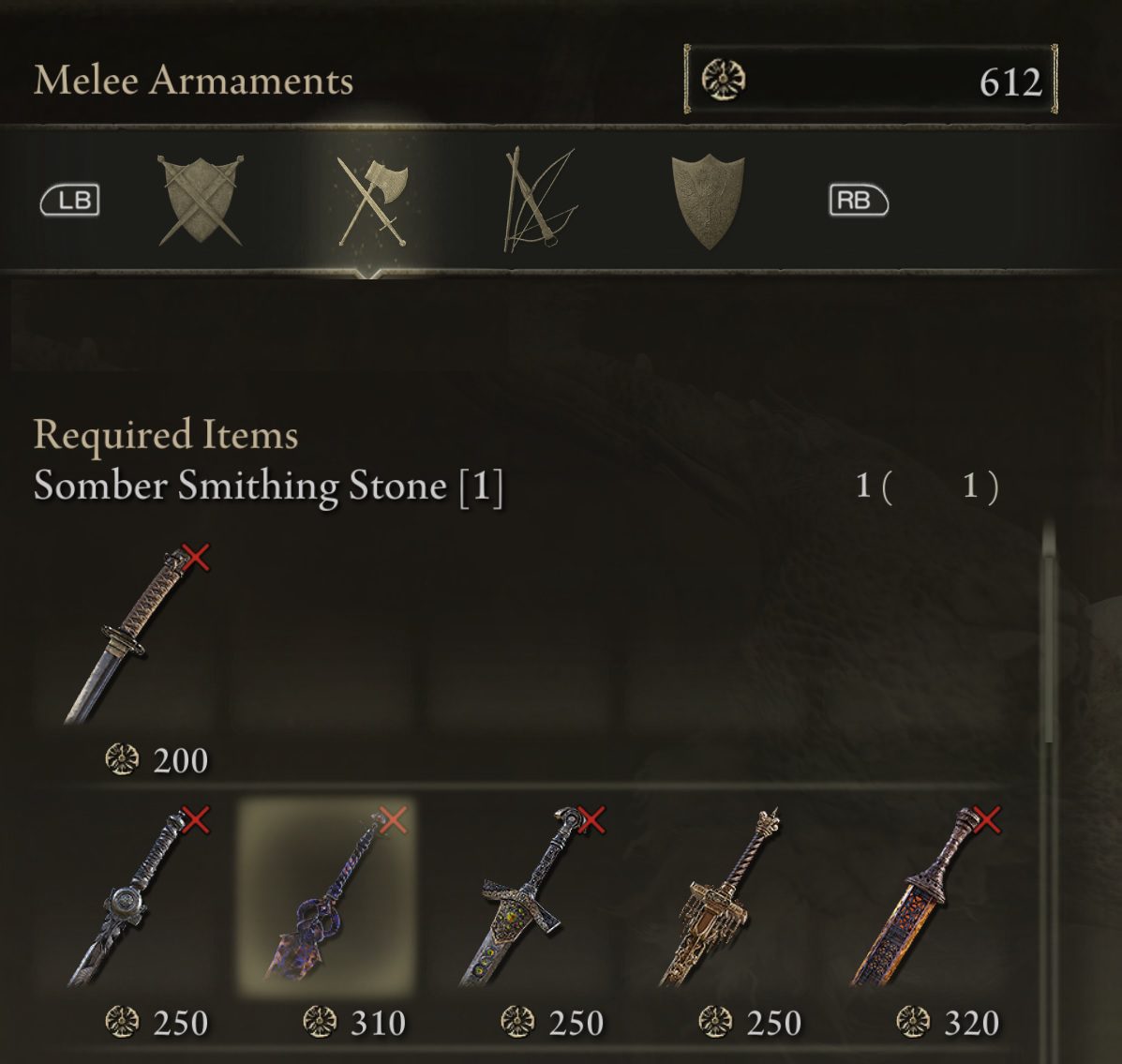 There’s a catch, and it has to do with elite items

So here’s the whole reason I wrote this post. Some items are what I’d basically consider “elite.” They don’t need smithing stones to upgrade: instead, you’ll power them up through somber smithing stones. These follow the same nomeclature as smithing stone [1], just with the somber prefix, and you typically only need one of them per level of upgrade instead of multiple.

These are significantly more rare, but they offer a way to upgrade different items on a different track. In other words, they aren’t competing with your smithing stone proper upgrades. If you’re worried that you’re not going to be able to find enough smithing stones to upgrade two items in tandem, consider trying out a somber weapon (after you’ve tested and gelled with it).

My build that I used to get to endgame (in which I had no clue whether or not I’d have enough smithing stones) involved a standard smithing stone sword, and a somber-upgraded shield. 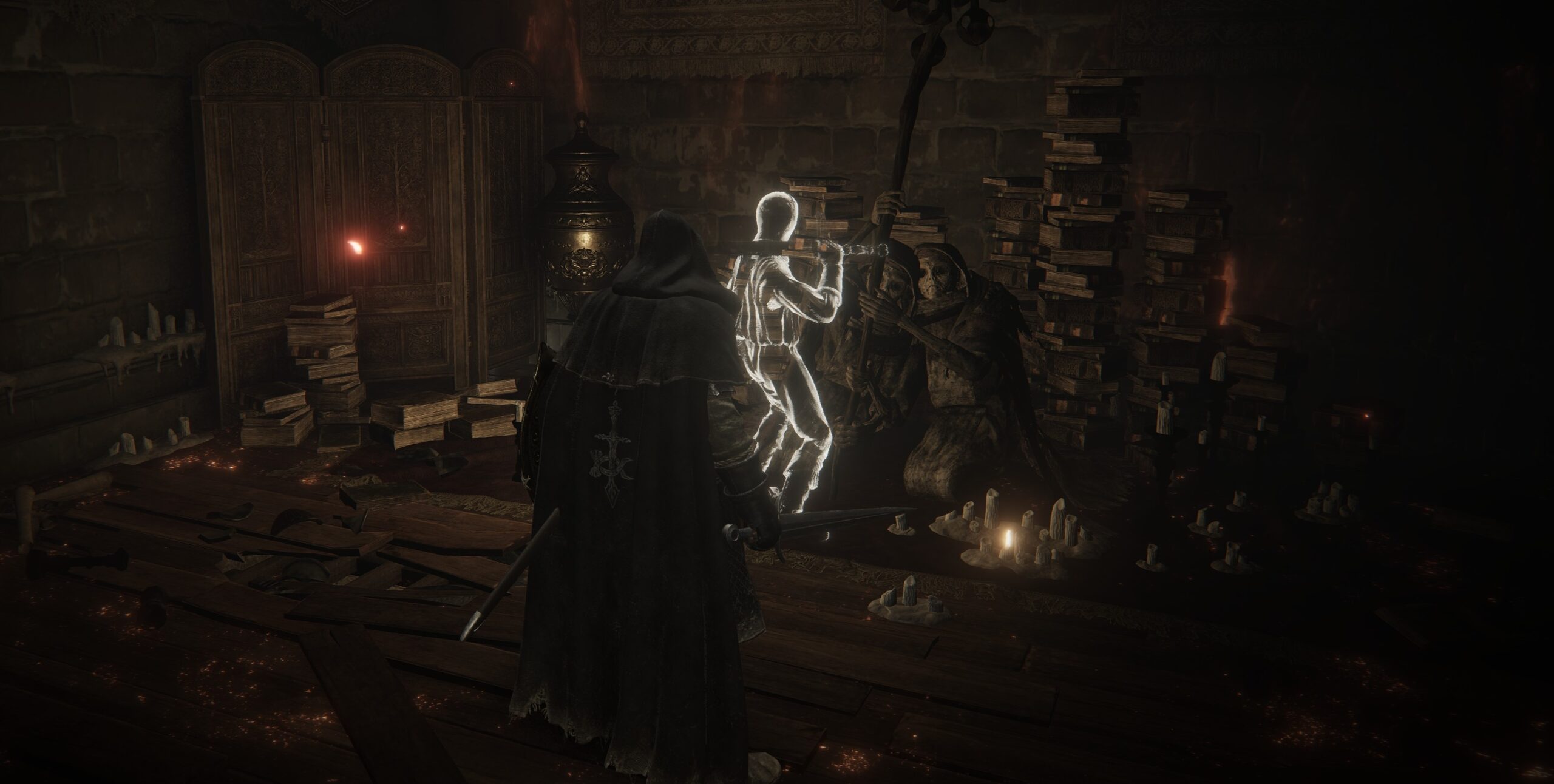 You can also buy smithing stones in the late game

By giving “bells” to the statue in Roundtable Hold (which is in the hallway to the left, facing the balcony), you can “open up” new storefront options at said statue.

In the mid-to-late game, these can enable players to straight-up buy smithing stones. So if you have a ton of smithing stone [7]s but need some [6]s to get past the hump, you could feasibly buy the ones you need, then continue on your upgrade path.

These bells are strewn about the game, but you’ll come across a number of them if you frequent Elden Ring‘s dungeons.