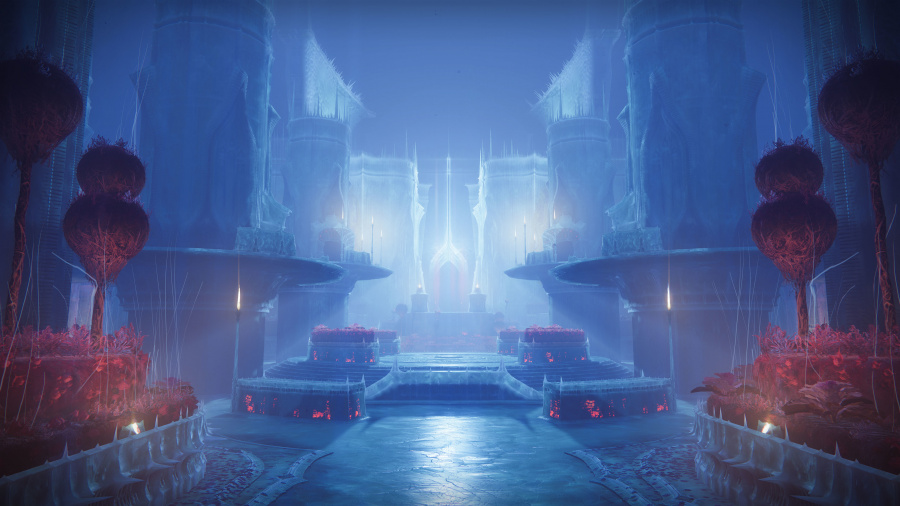 How do you review a game that never ends? The latest expansion in the Destiny 2 cycle – The Witch Queen – arrives amidst typical controversy as the excellent Forsaken campaign is removed – excuse me, vaulted – to supposedly make room for it. We’ve got mixed feelings about the whole situation. On the one hand, nobody could feasibly accuse Destiny 2 of lacking content – the Destinations screen is a borderline-overwhelming mass of varied activities, and the Shadowkeep, Beyond Light, and now The Witch Queen campaigns remain available. However, it remains an anti-consumer decision to remove what was once paid content in the Red War, Curse of Osiris, Warmind, and now Forsaken campaigns. The latter in particular, as mentioned, was tremendous, and it’s a genuine crying shame to see it go. Some will argue that gamers have had plenty of time to download and enjoy Forsaken; we say that’s beside the point. Bungie have previously claimed that vaulted content will return; it remains to be seen whether or not that’s true. Who knows if we’ll even be able to play this expansion in a few years’ time? But we digress – is The Witch Queen worth the loss of Forsaken? 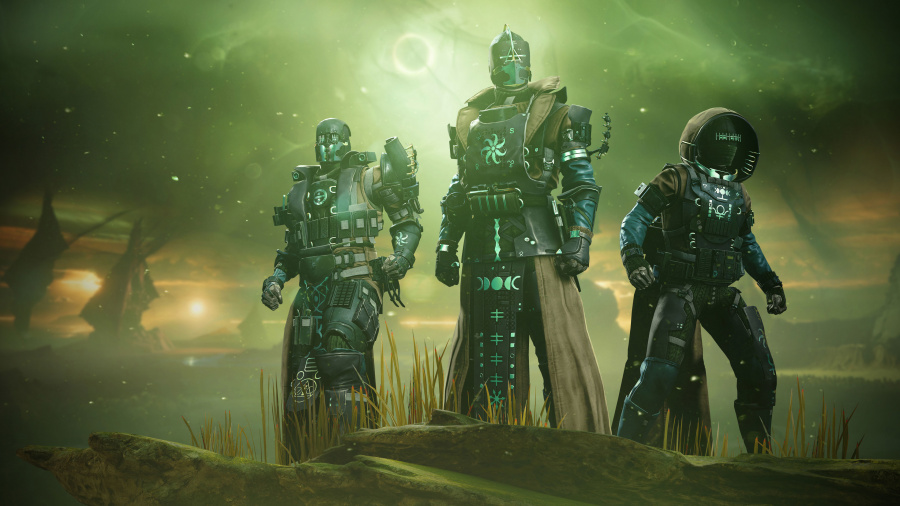 Well, yes. Forsaken was great, but The Witch Queen is the best Destiny expansion in the series’ history. It has the most interesting and enjoyable story, surprisingly diverse gameplay in the main missions, and the same marvellous shooting and evocative landscapes that we’ve all come to expect from Bungie. It’s the first time since The Taken King that we’ve felt truly satisfied with paid Destiny content.

Of course, this is by necessity something of a “review in progress” – the new Raid, Vow of the Disciple, doesn’t drop until 4th March, and much of the seasonal content remains to be seen. This coverage, then, will be focusing on the campaign experience and new mechanics introduced. One of which happens to be weapon crafting, a system that solves a longstanding issue with Destiny 2 without solving several others. Crafting a weapon assures you can develop it to the specifications that you want, rather than being at the mercy of RNG. It doesn’t, however, allow you to circumvent the colossal amount of grinding that will still be required. ‘Course, that effectively amounts to killing enemies with your favourite weapon, so it’s hardly a huge imposition. 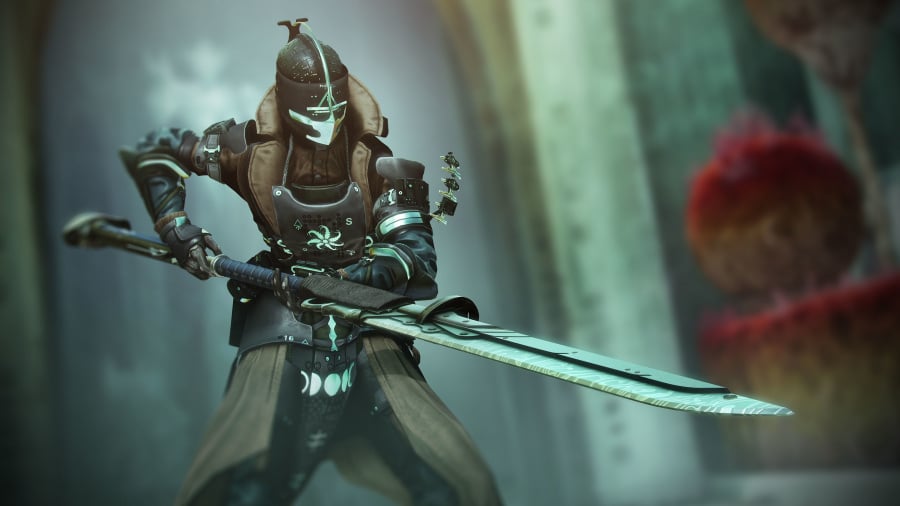 What is a huge imposition (in a manner of speaking) is the campaign itself, specifically the new Legendary mode that amps up the difficulty of the main story missions while also exponentially improving the rewards. In a nice touch, you now get loot drops mid-level – this amusingly threw us off a couple of times as we stood around expecting the mission to end. These missions are lengthy and the most involved of any of the series’ campaigns to date, especially with Legendary mode changing the campaign from something you do once just to see it into something you’ll run multiple times for fun. And it‘s tough, with some lighter Raid-style puzzling mechanics making their way into the fold for the first time, not to mention the platforming. Rarely have we platformed so, in pitch blackness over an endless void, shooting tumours to splatter glowing pus on the miniscule crags that the game expects us to vault to. Do we sound like we weren’t enjoying it? Far from the case, but we suspect others will disagree. First-person platforming is something of an acquired taste, after all.

Story-wise The Witch Queen is an exhilarating rollercoaster of plot revelations, pay-offs, and exciting new directions to watch for in the remaining announced expansions (Lightfall and The Final Shape, incidentally, most likely coming 2023 and 2024 respectively). As Destiny 2 veterans we were enthralled by the vitality of the whole thing – it’s easily the best story Bungie has offered up since, well, Halo Reach, and it rather shines a spotlight on the relative weakness of previous expansion storylines in the process. One of the things that makes the story work so well is Savathûn (the titular Witch Queen herself); unlike previous Destiny 2 antagonists, she’s a constant presence in the campaign rather than just a rote boss battle awaiting bullets upside her head. Her actions, motivation and behaviour inform the narrative at each step of the way; we’d go so far as to say in a franchise with a surplus of extremely cool antagonists, Savathûn is easily the most compelling of the lot. 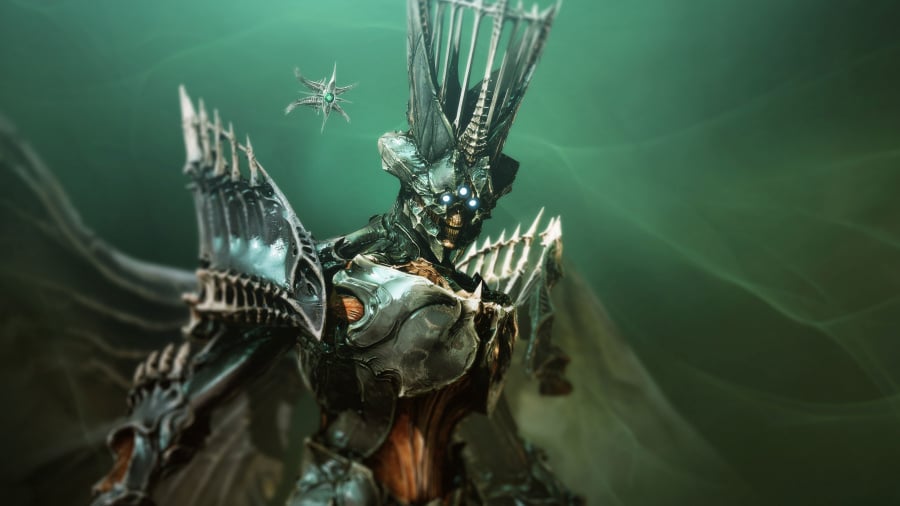 As good as The Witch Queen is, there’s an extent to which it resembles a kind of surrender; while this is Destiny 2’s peak in terms of gameplay and story, only half of that is going to matter to new players. We’d say jump in with both feet, but the fact is Destiny 2 is not welcoming at all to newbies at this point and Bungie doesn’t seem to be entirely interested in ensuring it ever will be. That’s not to say new people can’t play – of course they can – but like hell are they going to understand what’s going on, especially with the earliest campaign content entirely removed with no indication it’s ever going to come back. By all means dive in, but don’t expect to get it without a helping hand.

Despite its shortcomings as an entry point for new players, there’s a lot packed into The Witch Queen worth appreciating – we haven’t even mentioned the new Glaive weapon type that combines melee with long-range attacks, the hugely enjoyable new Lost Sectors, or the overhaul to the Void subclass, bringing it more in line with Beyond Light’s Stasis. This pushes the number of viable types to “two”, which isn’t great, but Arc and Solar should be getting a similar upgrade in the (hopefully) near future. Seasonal content will continue to deliver story as 2022 wears on, but obviously the quality of it cannot be judged yet – the expansion isn’t even complete at the time of typing, what with the new Raid yet to drop. Still, this is Destiny 2 at its very best and a pleasingly vital expansion to what remains a superb game.