The metaverse has been described as the next iteration of the internet, and it could potentially be one of the biggest investing opportunities of the decade.

Essentially a digital world, the metaverse allows users to interact with other people and their surroundings through virtual reality. Users can buy everything from virtual real estate to merch to NFT artwork within the metaverse, which is where cryptocurrency comes into play.

The metaverse could be a multitrillion-dollar market within the next decade or so, which means there are loads of opportunities for cryptocurrencies to get involved. Shiba Inu (CRYPTO:SHIB) has recently announced that it’s entering the metaverse — could that be the push it needs to soar yet again? 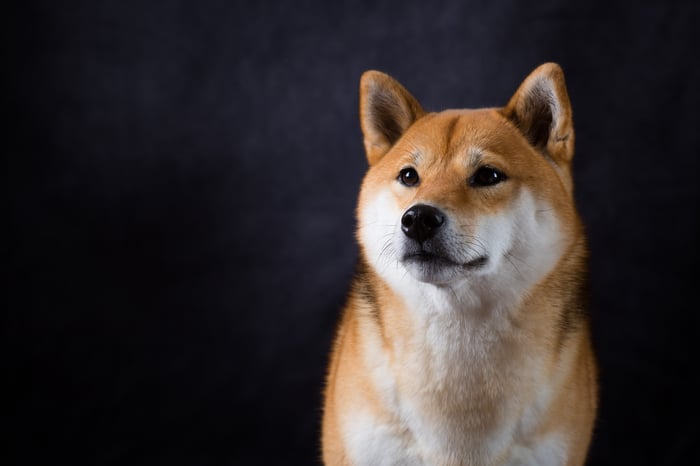 Could Shiba Inu succeed in the metaverse?

Shiba Inu is a famously divisive cryptocurrency. Critics argue that it has very little real-world potential, and its astronomical growth is due primarily to hype. Its supporters, though, believe that it’s more than just a meme coin as it continues to develop more utility.

Though the cryptocurrency had a phenomenal run last year (and a significant rebound in recent weeks), its price has plummeted nearly 67% from its all-time high in October.

Late last month, though, Shiba Inu revealed on Twitter that it was entering the metaverse with Shiberse. Developers also recently announced Shiba Lands, which will allow users to buy virtual real estate within the Shiba metaverse.

With Shiberse, Shiba Inu is aiming to compete with pure-play metaverse projects such as The Sandbox (CRYPTO:SAND) and Decentraland (CRYPTO:MANA). These projects exist solely within the metaverse. If the metaverse continues to grow, these cryptocurrencies — as well as Shiba Inu — could thrive.

That said, simply existing in the metaverse may not be enough. Because it’s such an enormous opportunity, there are loads of cryptocurrencies battling for dominance in the virtual world. Major players like Decentraland and The Sandbox are already gaining traction, and as the metaverse continues to expand, there will likely be even more competition.

Shiba Inu does have a loyal fanbase, which could give it an edge. However, it’s still uncertain whether it has enough of an advantage to stay competitive over time.

Both the metaverse and cryptocurrency, in general, are still speculative investments. Although they both have plenty of potential, nobody knows for sure where they’ll be in a few years. While Shiba Inu could thrive in the metaverse, there’s also a chance that it could fail — making it an extremely risky investment right now.

This article represents the opinion of the writer, who may disagree with the “official” recommendation position of a Motley Fool premium advisory service. We’re motley! Questioning an investing thesis — even one of our own — helps us all think critically about investing and make decisions that help us become smarter, happier, and richer.

How NFT Gamification Can Impact Customer Experiences in the Retail…

Emirates Health Services to use metaverse technology to deliver…