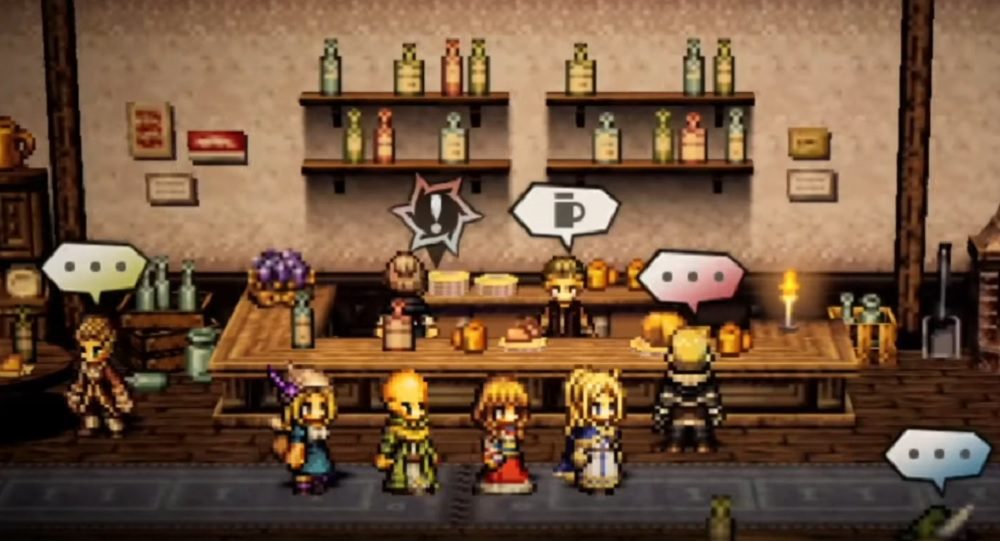 Square Enix announced that it is preparing to launch a new mobile title set within the fantastical storytelling world of Octopath Traveler — Octopath Traveler: Champions of the Continent is an original game set in the anthology RPG’s universe, and will launch on iOS and Android platforms this summer.

Octopath Traveler: Champions of the Continent, much like its 2018 predecessor, will be a high-fantasy RPG that sees its players explore numerous narratives set within the world of Orsterra. Players will fine-tune a party of nine from a roster of 64 new and recognizable faces, before traversing the land, meeting allies and foes, and engaging in command-based combat.

The new title will utilize pixel-based visuals combined with 2.5D character models to present a pocket-sized adventure that hopes to recapture the scale and adventure of the original title. All of the exploration, combat, and party-building activities will be scored by composer Yasunori Nishiki, who returns from their fine work on Octopath Traveler to score our heroes’ journies with a brand new soundtrack.

Given the initial description of the title, this very much sounds as if Square Enix is following their typical “free-to-play variant of a popular brand” playbook. As to whether the new game will recapture the spritely adventure of its bigger brother, we’ll have to wait and see, but interested parties can pre-register for an Android-based closed beta right now — which should offer you at least a sneak peek at the action.

Octopath Traveler is available now on PC, Xbox One, Stadia, and Nintendo Switch.