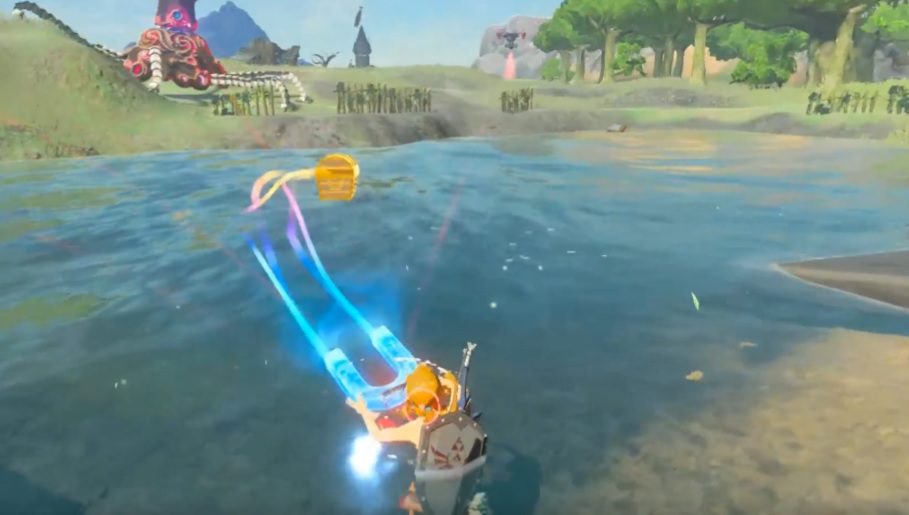 I can’t tell you how many near-misses I’ve had with Guardians in Zelda. One of the first things I did after getting off the tutorial plateau is run straight into Central Hyrule, and was greeted by an army of Guardians. I wish I had this last-second Zelda: Breath of the Wild save tech at my disposal.

Shared by TheIncreaser2000, the clip starts, as many Breath of the Wild videos do, innocently enough. They’re also freshly into the game! And upon using the Magnesis rune, they see another treasure chest in the water, ripe for the picking. They grab it, and BAM a Guardian shoots a blast right into it: it’s like that classic old school action scene of a bible or something in someone’s pocket stopping a bullet. Audio warning if you click into the video: it might blast ya! There’s some perfectly timed nu metal ready to go.

By the time I had made it to the endgame, I had acquired all sorts of tricks like this to keep Guardians at bay, and had mastered the shield reflect technique. I try to play through a new Zelda: Breath of the Wild save at least once a year, and every time I do another revolution I’m picking up new tricks like this. It’ll be fascinating to see what the community makes of Breath of the Wild 2, and if it’ll have as much staying power. I can hear “I hope not!” out of some of you!