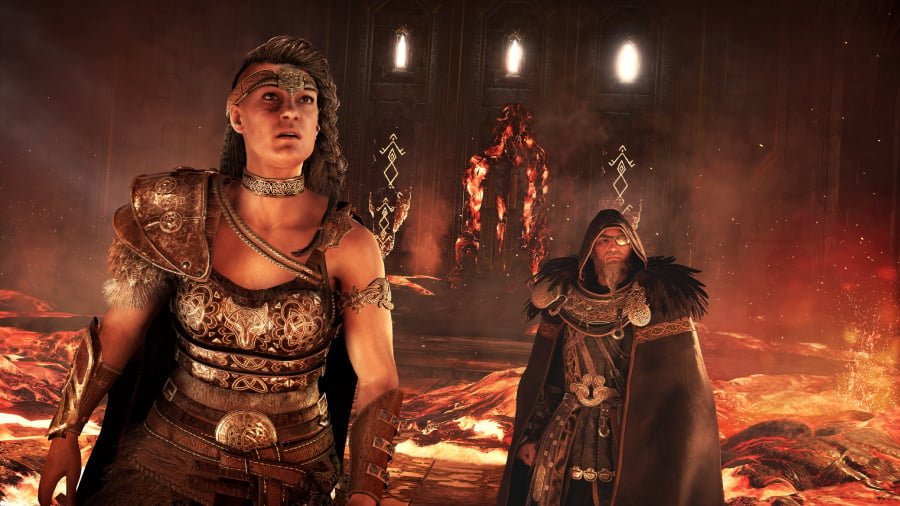 Assassin’s Creed Valhalla: Dawn of Ragnarok is the biggest expansion in series history. Ubisoft’s been feeding us that marketing bullet point for months, and having played it for ourselves, it’s safe to say that the French publisher wasn’t lying. It took us roughly 33 hours to complete everything that Dawn of Ragnarok has to offer, which includes a lengthy story campaign, a number of optional activities, side quests, and your usual open world map markers, which lead to equipment and loot. It’s a chunky DLC, to say the least.

A quick overview to get this review started: Dawn of Ragnarok takes place almost entirely within the mythological ‘dream’ world that forms the backbone of Valhalla’s lore. You play as Odin — or Havi, as they’re commonly referred to — as you embark on a desperate quest to rescue your son, Baldr, from the clutches of fire giants. It’s a tale that’s plucked almost directly from Norse myth, with some creative touches here and there to ensure that everything fits the game’s storytelling blueprint.

The narrative slots into Valhalla’s existing mythological leanings really well, adding yet more context to Eivor’s continued visions, while also fleshing Odin out as a character. The warrior-god, now obsessed with Ragnarok — the supposed end of all worlds — must forge an uneasy alliance with the dwarves of Svartalfheim, which is where the expansion is set. 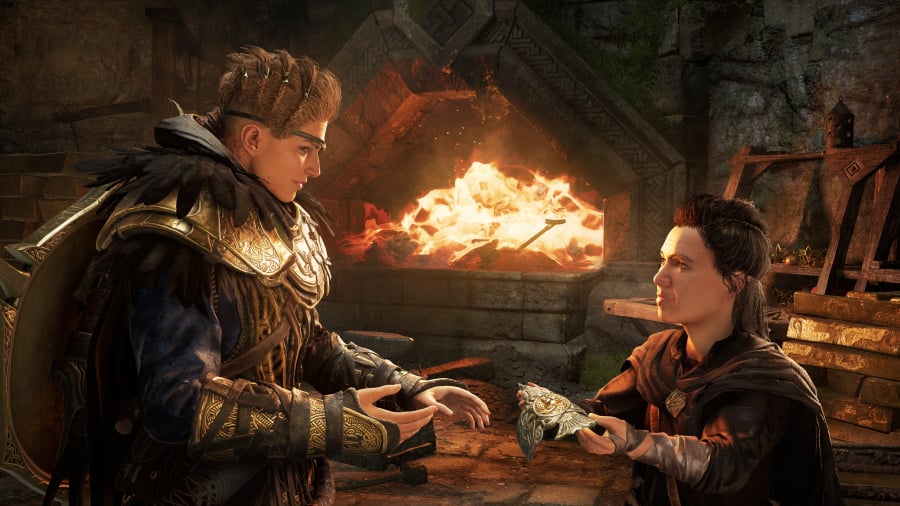 The dwarves, their land having been conquered by giants, now hide away in mountain shelters. These gold-strewn caverns act as hubs for Odin’s adventures, with the campaign spread across three regions within Svartalfheim. Much like the main game, each region has its own plot, which eventually feeds back into the overarching story. It’s all reasonably well told, although you don’t get to have much of a say in how things play out. Unlike Eivor, Odin is very much an established actor in this saga, and you have little choice but to watch the High One use and manipulate the dwarves to suit his or her needs.

It’s a bit of a twisted tale, all told. There’s an underlying madness to Odin that makes his or her actions compelling, and it’s undeniably interesting to be playing as a character who many would consider to be a villain.

The story’s quite entertaining, then, but the gameplay’s only going to hook you if you’re not already burnt out on Valhalla’s brand of exploration, action, and stealth. While Dawn of Ragnarok does provide a lovely looking open world, actually engaging with it means having to go through the motions for another 30-ish hours. We didn’t want or expect this expansion to tear up the rulebook, but some degree of gameplay innovation would have gone a long way.

What we’re getting at is that under its fantastical skin, Dawn of Ragnarok feels very safe. Aside from the addition of temporary powers that aid in traversal, puzzle solving, and combat, the DLC barely even tries to branch out from what base game already has you doing across its huge campaign. 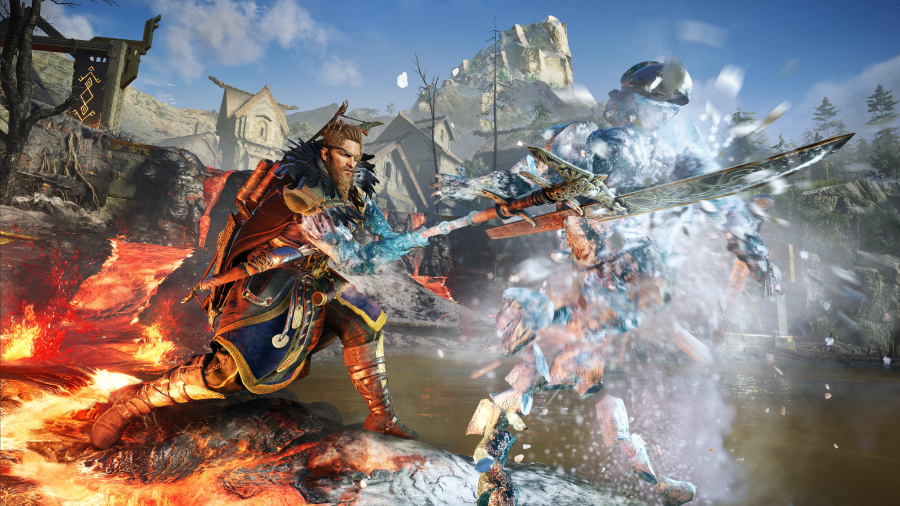 For example, most of the new fire giant foes — the Musphels — are simply reskins of existing enemies, except they can light their swords, spears, or clubs on fire. The only new weapon type, the atgeir, is an effective kind of polearm that’s fun to wield — but it repurposes animations from other weapon types, and so Odin’s signature blade doesn’t feel very anywhere near as unique as it should. We’re not saying that the expansion is phoned in or lazy, but just doesn’t have the edge that you’d expect from such a big DLC.

With the two previous (and smaller) expansions, Wrath of the Druids and The Siege of Paris, it felt like Valhalla’s formula was being refined, or at least moulded into a slightly different shape. Meanwhile, Dawn of Ragnarok feels like another hefty dollop of baseline Valhalla. Again, not necessarily a bad thing if you’re a big fan of the core experience, but there was definitely scope for something more here.

But hey, the loot’s pretty good (the new armour sets look great), and the DLC’s got some surprisingly nuanced boss battles. If you can stomach another 30 hours of Valhalla, then you can’t really go wrong — even if the price tag seems a little steep at first glance.

Dawn of Ragnarok does enough to satisfy by the time that the credits roll, but if you’re burnt out on Assassin’s Creed Valhalla, there isn’t much here that’ll reignite your interest. The mythological angle is well played, the fantastical setting is cool, and Odin makes for an intriguing lead, but after a year of DLC and updates, Valhalla’s gameplay loop is wearing a bit thin.

The Cowabunga Collection is pure nostalgia