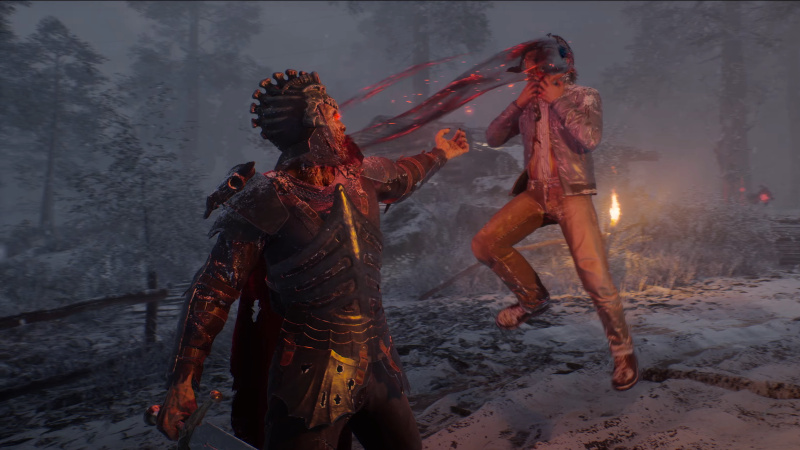 It’s been a little while since we’ve seen anything of Evil Dead: The Game. It obviously missed its February 2022 release date, having now been pushed back to 13th May, but a new gameplay trailer will soften the blow.

Featuring narration from Bruce Campbell, the above video focuses on the Kandarian Demon, which is the main antagonistic force in the movies. You’ll be able to play as the monster, possessing other characters, haunting various objects, and summoning Deadites to thwart the team of four other players.

It’s looking pretty solid, and looks like it’s hitting all the right notes if you’re a fan of the films. Will you be getting groovy with Evil Dead: The Game on PlayStation 5 and PS4? Watch out for those trees in the comments section below.